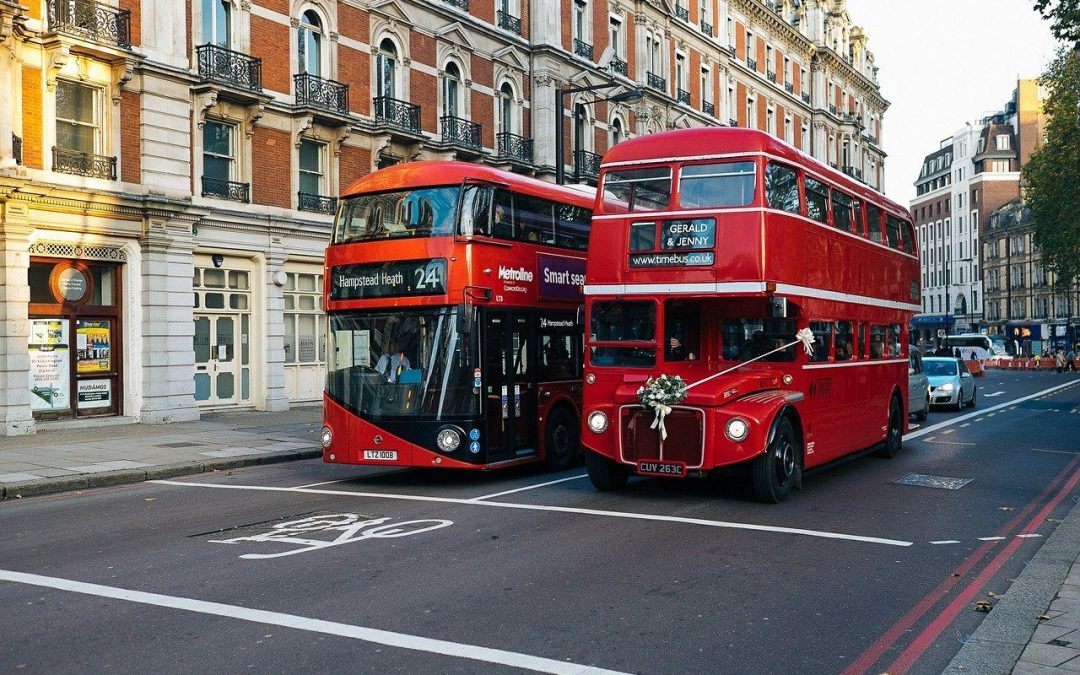 London’s buses are an iconic symbol of the city.  The red double-decker isn’t seen as heavily in any other part of the world and they are as much a part of London as the Tower Bridge, Parliament, and Buckingham Palace.  Of course, these buses known as the Routemaster weren’t the first to offer transport for Londoners.  buses on the streets of this great metropolis stretch back much further to 1829 when George Shillibeer started the first horse-drawn omnibus.  This service acted more like a taxi than a modern bus service, running people from Paddington to Bank in the City of London for a fee.

The difference between Shillibeer’s service and others of the time was that he did not require advance booking and passengers could be picked up at any point of the route.  Of course, with this new service, Shillibeer tapped into a need that was very much desired and soon other omnibus companies began to appear throughout London.  By 1832, more than 400 omnibuses were operating in the city.  In 1855, these companies had become so numerous that the London General Omnibus Company was formed to manage them all.  The LGOC helped to streamline services and create a standard that passengers could expect no matter which bus or route they used.

Horses were replaced with motorized buses starting in 1902 and the LGOC started manufacturing its own buses beginning in 1909.  The last horse-drawn bus was seen in 1914 (from independent operators) and steam-powered buses also began to appear around 1909 as a competitor to the LGOC.  Steam buses only lasted until 1920, however, as the National Steam Car Company reached an agreement with LGOC to cease its operations.  From that point onwards, the only buses to operate in Greater London would be gas-powered.

From the beginning of the 20th Century, London buses started their own route to what would become the London Passenger Transport Board.  In 1906, buses operating under LGOC started using numbers to identify themselves.  Independent bus companies also began to reappear in the city and used a letter and number to identify themselves.  The LGOC, not to be outdone by the competition, began painting their buses red to stand out from the independent buses.  In 1912, the London Underground bought out the LGOC and the two organizations were able to integrate their services to provide better options for transportation than their competitors.  However, the increasing number of independent buses and the problems they cause resulted in the government forming the London Passenger Transport Board in 1933 to merge all transportation services.

The story of London’s most iconic buses came about in 1956.  The Associated Equipment Company was formed by LGOC in 1912 to start making buses for the company, as mentioned previously.  In the Mid-50s, AEC gave London the Routemaster.  The Routemaster was the last bus purpose-built for the city by the company.  These buses ran on the streets of London for nearly five decades before being replaced by other double-deckers and articulated buses (also known as “bendy buses”) in the early 2000s.  Nostalgia and issues with replacement buses eventually led to the creation of the New Routemaster, which launched in 2011.

Today, many types of buses operate in London under the banner of Transport for London.  This organization was an outgrowth of the London Passenger Transport Board and its successors.  When transportation services were largely de-nationalized under the government of Prime Minister Margaret Thatcher, a special act was created to put London’s transportation services under the authority of Parliament itself.  The new organization was known as London Regional Transport, which became Transport for London in 2000 after the Greater London Authority Act established that municipal organization.  Today all buses in the city are operated by TfL and the Greater London Authority much as municipal governments are responsible for transportation in every major city in the world.