A year of lockdown: for the love of God, no more ‘learnings’ 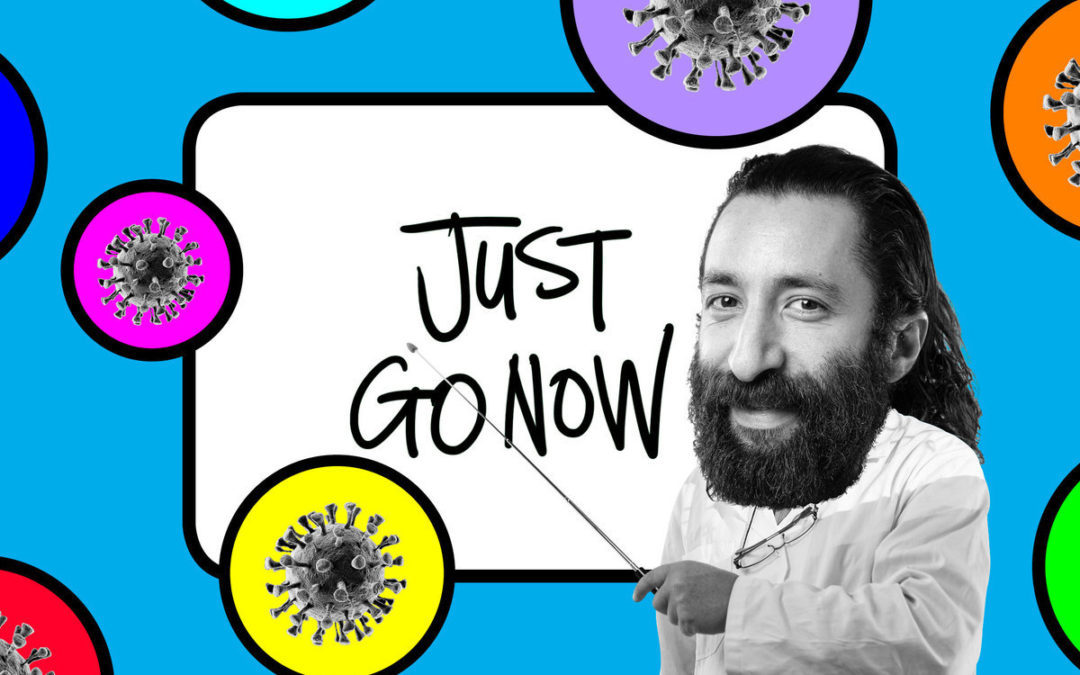 This week is one year since the WHO declared Covid-19 a pandemic. To mark what we’re calling the Pandemiversary, Time Out is looking back at the past year in cities around the world, and ahead to what the future could hold.

Have you ever watched a really, really boring film?

I’m not talking regular boring. Not like a misjudged Nordic crime drama or some documentary about a band you’ve never heard of. I’m talking headache boring. Preternaturally dull. A film that hurts to endure, such is the sadistic power of its tedium. A film like this eight-hour documentary about a factory in Virginia that manufactures bowling alley equipment.

Friends, I’ve seen that film. I hesitate to even call it a film. It feels more like a slow-acting poison or an unwanted religious experience. Something strange happens while you’re watching it. Deprived of a plot, characters or jeopardy, the viewer begins to question… everything. Is it a sick joke? An epic-length wheeze at the expense of its audience? Is it a sort of ironic comment on the nature of capitalism? Is the whole point that there IS no point, and that the human condition means we seek meaning where in fact there is none?

Anyway, over the last year London has been metaphorically forced to watch that documentary on repeat. We have been bored into submission. And as a result the city’s gaze has turned inwards.

Trapped inside with nothing new to think or talk about, Londoners have subjected each other to an endless stream of ever-expanding, self-reflecting lockdown discourse. Everyone is desperate to tell everyone else what it all means. We are perpetually discovering something new that lockdown has allegedly taught us. The pandemic has helped us get over our obsession with wealth. Lockdown has liberated us from underwear. Quarantine is like a children’s cartoon book. Cooking is boring. Cooking is great. Lockdown has sped life up. Lockdown has slowed life down. Lockdown has depleted our ‘surge capacity’.

I should say at this point that I am massively in favour of lockdown. It had to happen to save lives. A lot of people (including my friends within the NHS) think it could have happened sooner and we should have been locked down harder, with less mercy. Hey, if it protects front-line workers and London’s vulnerable then I’m all for it. I just reserve the right to resent it.

I know chefs who have pulled off successful pivots to food delivery and DIY meal kits. Not a single one enjoys it.

Some people cling to the notion that, alongside the bad, lockdown has produced some ‘good things’. Pffft, maybe. But let’s not start forcing silver linings on to clouds that are almost entirely noxious. I personally know chefs who have pulled off successful pivots to food delivery and DIY meal kits. Not a single one particularly enjoys it. None of them got into the restaurant game to be zip-locking 400 bags of sous-vide duck legs in an empty kitchen until 10pm every night. It’s better than insolvency, yes. But it’s also soul-destroying and dystopian.

This city is a fast-moving, quick-thinking, imperfect place. London should be full of people making half-formed plans, talking balls to each other in parks and pubs, recommending Adam Curtis programmes they themselves haven’t actually watched. But it’s not. It’s silent. And to a Londoner that silence is deathly. The whole point of living here is to be part of a chaotic societal tornado. Without the blissful, perpetual noise, we’re left with nothing but the city’s faults. And, for God’s sake, don’t make us actually confront how expensive it is to live here. Don’t make us move to Margate.

The good news is that the documentary about bowling equipment eventually ended. The cinema’s lights came up and the audience staggered into the daylight. Reality reasserted itself. The bowling factory became a memory and I stopped questioning whether we all were, in some way, bowling pins waiting to be knocked over. A few hours later in the pub, someone asked me what it was like.

Soon, you’ll be in a pub or a restaurant or a gallery or a theatre or Ballie Ballerson and someone will ask you the same question about 2020. They’ll ask you what it was like. I hope that when they do, you’ll know what to say.

Can you say ‘hypocrite’? Here’s all the things you only learn from staying indoors for a year

We asked London chefs to sum up the last year in single images. Here’s what they gave us