Black Axe Mangal is doing a meal kit and you could win an oven. Yes: an oven 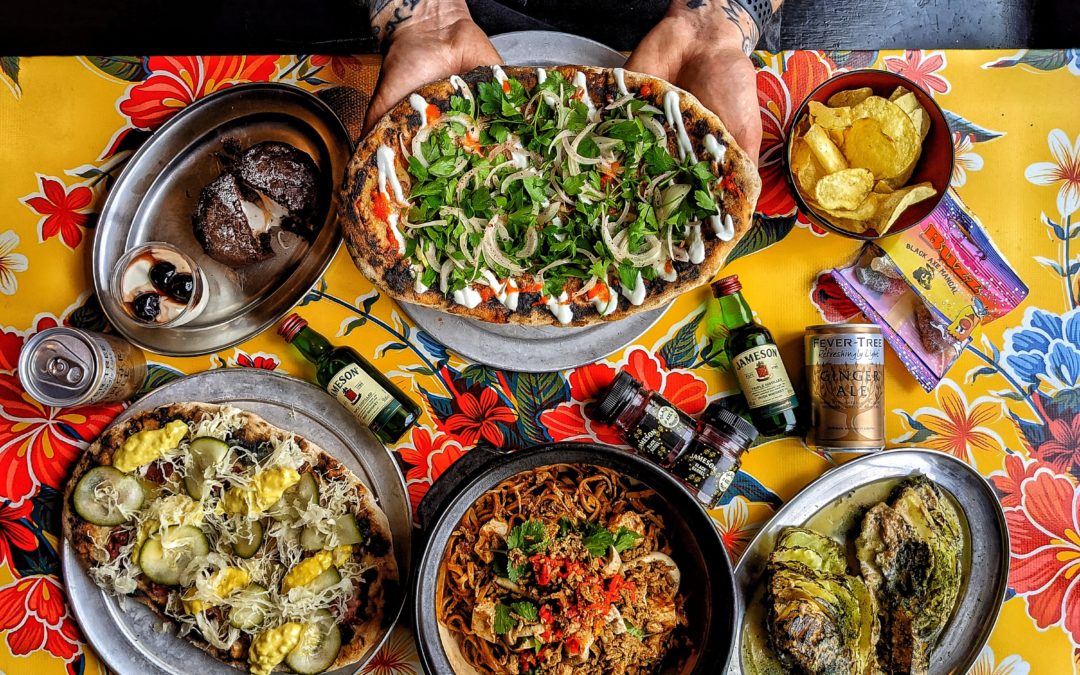 We like Black Axe Mangal. BAM are rock; they’re Ron Asheton not James Williamson; BAM don’t give a fuck (they clearly do, but you know what I mean). The meaty Highbury joint, proudly located on the premises of a former kebab house – hence the name – has attracted all the right kinds of attention for its eclectic menu: not so much globetrotting as on a neverending world tour. A quick scan of their Instagram produces stuff like flatbread with peanut-butter icing, frozen foie gras and cocktail cherries. Or squid-ink profiteroles, with smoked cod roe and drippy egg. In other hands, BAM would be a restaurant incarnation of that dickhead contestant on ‘MasterChef’ who says they’re going to give Jon and Gregg ‘flavours they’ve never had’, before immediately getting eliminated. But ex-St John chef Lee Tiernan has made BAM work, dividing critics but always delivering.

Now Black Axe Mangal is actually delivering. To YOU (postcode permitting). It’s done a meal-kit collab with Bao before, but now it’s just joined the Big Night app, and its first home offering is typically extra. Eighty-five quid gets you dinner and brunch for the following day. Okay, that ain’t cheap, but that’s only like going out to eat on Saturday night, then again on Sunday morning. Sorry, just explained how weekends work for you there. Anyway: dinner includes lamb offal flatbread, grilled hispi cabbage, fermented shrimp butter and seaweed, and mapo tofu, noodles and pickles, followed by Cadbury’s Creme Egg chocolate cookie, sour cream and luxardo cherries. Then the hangover buster is a reuben flatbread with russian dressing, Ogleshield and cheddar. You also get some BAM-branded sour sweeties and ready-salted Walker’s crisps.

Hang on, though. That’s not all. One lucky recipient of the BAM box will win an oven. That’s right: an OVEN. Specifically, a Gozney Roccbox: a restaurant-standard, £400 portable pizza oven. Which is actually a flipping great prize.

Black Axe Mangal promise that the box is simply heat-and-eat, then you can get back to ODing in a bathroom or whatever else you’ve got planned.

BAM’s skeletal reaper mascot could have aced our brilliant competition.

Our extremely informed pick of London’s most hyped meal kits.