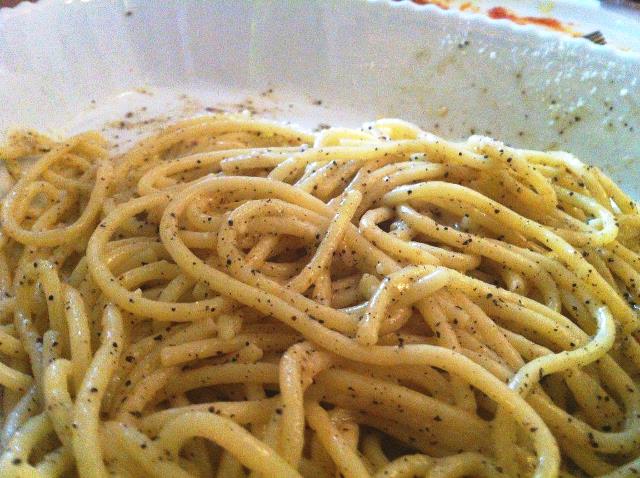 Cacio and pepe is one of the classic Roman pasta dishes to try when visiting Rome, but one that is also a quick dish to prepare at home! Unlike it’s American “cousin” of mac & cheese, it is really ideal for those who love strong flavor of pecorino cheese and a unique peppery taste.

To celebrate #WorldPastaDay, we present you with this delicious plate of cacio e pepe. #EatingEurope

This simple recipe with only 5 ingredients is ideal for those who want to prepare a quick, classic pasta dish. Let’s get to it!

It is important not to over-salt the water of the pasta because the pecorino is already salted of its own. The cream of pecorino and pepper should be mixed with the pasta away from the heat because the cheese does not have to cook or melt further.