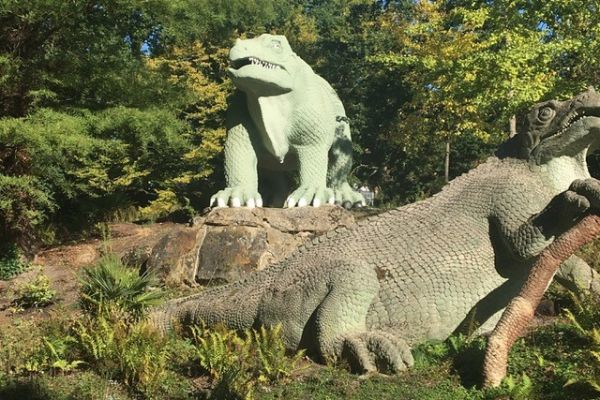 When the sun in shining, I like taking the family to Crystal Palace Park – a vast open space that is not nearly as well known as the other Royal parks in London but is just as worthy of a visit. My son loves to look at the huge sculptures of dinosaurs and other prehistoric creatures which were unveiled in 1854 when the Great Exhibition moved here from Hyde Park. What’s interesting about the sculptures is that they are actually largely inaccurate due to the lack of knowledge of at the time. The 15 beasts are dotted around an island on the boating lake at the south end of the park.

The enormous glass structure which gave  ‘Crystal Palace’ its name was destroyed by fire in 1936, but you can still see its foundations today. There’s also a maze and skate park to enjoy.

The park is easily accessible from Crystal Palace station and it’s worth combining with a visit to nearby Crystal Palace ‘village’, which is known for its quirky antique shops, pubs and restaurants.