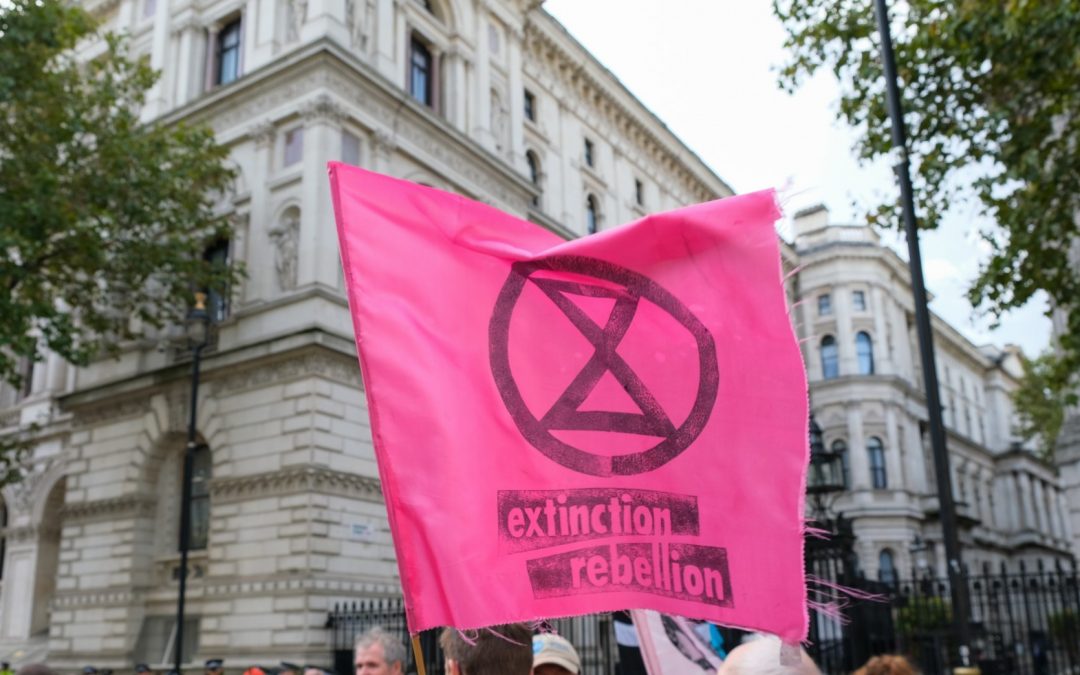 The last mass action from Extinction Rebellion was due to take place in May, to coincide with the FA Cup final at Wembley Stadium. Obviously that didn’t go ahead quite as scheduled, with the environmental activists cancelling protests due to a different kind of global crisis. But now, the British arm of the movement has announced a return for XR and a new rebellion as the UK comes out of lockdown.

The next movement will begin on September 1 and its focus will be on the return of parliament for its next session after the summer recess. Extinction Rebellion says it intends to peacefully blockade parliament in London with its We Want to Live 2020 rebellion.

‘We have an opportunity NOW as we emerge from the pandemic to make the change necessary, but business-as-usual is fighting to regain its hold. We can’t let that happen,’ said a statement on the Extinction Rebellion UK website.

It will be calling on parliament to sign a climate and ecological emergency bill. The bill is launching next week and acts as a roadmap of the radical changes needed to tackle the climate crisis. It asks that the government stand by the Paris Agreement and demands the creation of a citizens’ assembly to help advise on achieving climate-change objectives.

Mass action will also take place in Manchester and Cardiff, with plans developing in Scotland, too. In relation to the threat of a resurgence of coronavirus and how that would impact future protest plans, Extinction Rebellion’s website says: ‘Currently, as lockdown lifts, we feel it is safe and of grave necessity to hold a Rebellion in our cities at this time. If for any reason the situation changes and there is a second wave of coronavirus, we will adapt to the situation and assess the best way forward when that time comes.’

For those unable to join in person or who aren’t quite ready for mass gatherings, there will also be a slightly less rebellious sounding ‘digital rebellion’, also targeting the government but through email and social media campaigns. And for those heading to the IRL thing, remember: a face mask is as essential as a placard these days.

Find out when and where to wear a face mask in London right now.

Check out these apps helping Londoners make their lives even greener.