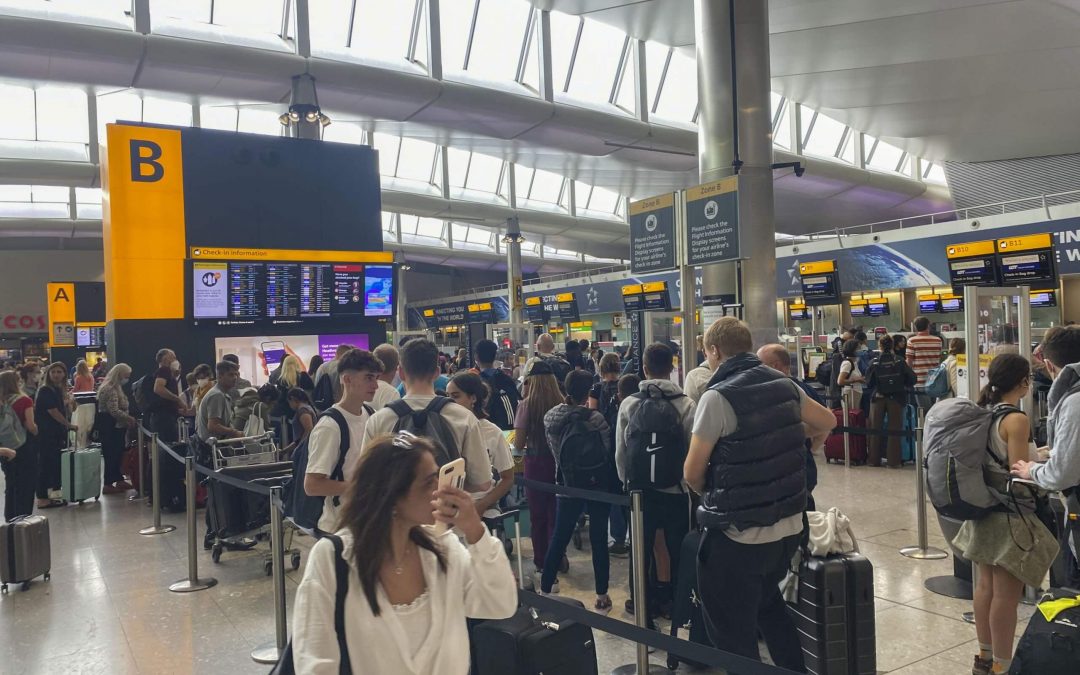 Heathrow Airport has announced that it will extend its cap on passenger numbers for another six weeks as the aviation sector continues to struggle to cope with demand for travel.

No more than 100,000 travelers will be able to depart per day until October 29, the west London airport said.

It said the move was taken following an improvement in punctuality and fewer delays after introducing a temporary cap in July.

The capacity limit of 100,000 daily departing passengers was initially to last until September 11, but that date was pushed back on Monday.

Tens of thousands of flights have already been canceled this summer as the industry struggles to cope with the demand for air travel amid staffing shortages.

Many passengers flying to and from the UK’s busiest airport have suffered severe disruption in recent months, with long security queues and baggage system breakdowns.

Heathrow said the cap imposed in July had resulted in “fewer last-minute cancellations” and “shorter waits for bags.”

It added the capacity limits would be kept under review and “could be lifted earlier should there be a sustained picture of better resilience and a material increase in resourcing levels”.

Heathrow chief commercial officer Ross Baker said: “Our primary concern is ensuring we give our passengers a reliable service when they travel.

“That’s why we introduced temporary capacity limits in July, which have already improved journeys during the summer getaway.

“We want to remove the cap as soon as possible, but we can only do so when we are confident that everyone operating at the airport has the resources to deliver the service our passengers deserve.”