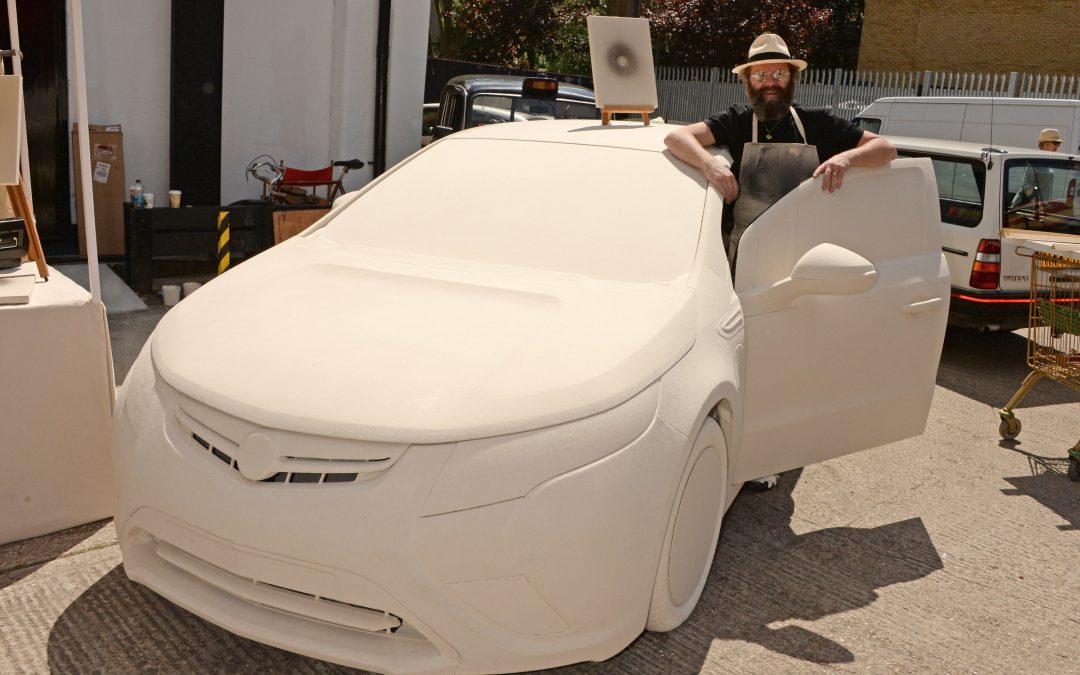 Every year, the Art Car Boot Fair organisers convince the biggest names in the UK art world to flog their creations in person, at an affordable price. Ahead of its first virtual incarnation, we speak to one-time YBA Gavin Turk about his love for the ’boot, and the struggle with going digital.

Hello Gavin! How has lockdown been for you?

‘Everything sort of shifted around and it’s been fantastic, and yet also it’s been full of tragedy. Everyone is coming to terms with the idea of uncertainty. For the actual art it’s not very good, but for the thinking, and the experimentation, it’s been really good.’

‘Maybe I’ve done a bit of catching up with myself in that respect. What I’m saying, in a way, is [that it’s] almost like trying to get in touch with how these two Gavin Turks  relate to one another, and how to communicate from a private place. How much of my idea of myself is just a kind of received idea? It’s almost like unless you’ve got a medium to communicate that being, it’s not there. It’s meaningless. But you know maybe life is meaningless. And maybe that’s okay! We’re all searching for meaning, and that’s the meaning of life [laughs].’

You’re a regular at the real-life Art Car Boot Fair. What’s special about it?

‘It is a bit of dressing up, it’s a bit of theatre. It’s almost like the artwork is the whole thing. When the artists are there selling their own work, it’s quite a short-circuiting of what has become the art world, which is full of the problematic elements of the elite.’

Do you feel like making the leap into digital art?

‘It’s something that I’m looking into. Sometimes doing things that you’re not necessarily comfortable with can be really positive. For example, if I’m doing a realistic sculpture of a head, I might spend a lot of time concentrating on one side, let’s say the left ear. I’ll struggle with it, but by the time I’ve finished the left ear, I look around, and the right ear is done. So, if you struggle with something, you can make something great on the other side of that, without having to work too hard at it.’

In other art news, did you hear a naked art installation just took place at Alexandra Palace?

…and a nine-metre tribute to George Michael has been unveiled in Brent.