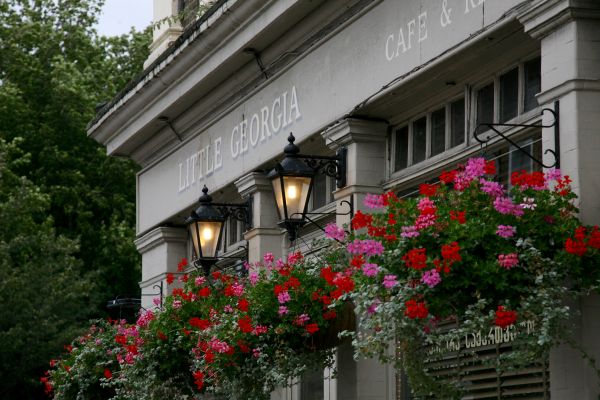 Georgia (the country, not the US state) is known for its food, and this is my favourite place in London to try it.

If you’re here for a whistle-stop tour of Georgian cuisine, I’d encourage – nay, implore – you to make your first calling point a round of stuffed bread, either khachapuri (the cheesy one) or lobiani (which is stuffed with a spicy bean paste). The meze platter is also a winner, all aubergine and pepper and copious pomegranate.

After that, I can seldom resist the chicken livers (katmis gvidzli), which are billed as a starter but can be enlarged on request, though if you’re not offal-minded there’s no cause for concern, as everything seems tasty here. The khinkali dumplings are a real Georgian treat, while the pan-friend poussin is garlicky and satisfying. There are at least three vegetarian options on the menu too. Finally, don’t miss the Georgian wine; Georgia prides itself on having invented the stuff.

The opportunity to sample an extraordinary range of world cuisines is surely one of London’s greatest pleasures, and for me there can be few better places to begin than Little Georgia. (We were so convinced that after our third visit we booked a holiday in Tbilisi, and that didn’t disappoint either.)

The post Little Georgia – Eat like you’re in the Caucasus appeared first on Spotted by Locals London.