London 101: What is the London Congestion Charge? 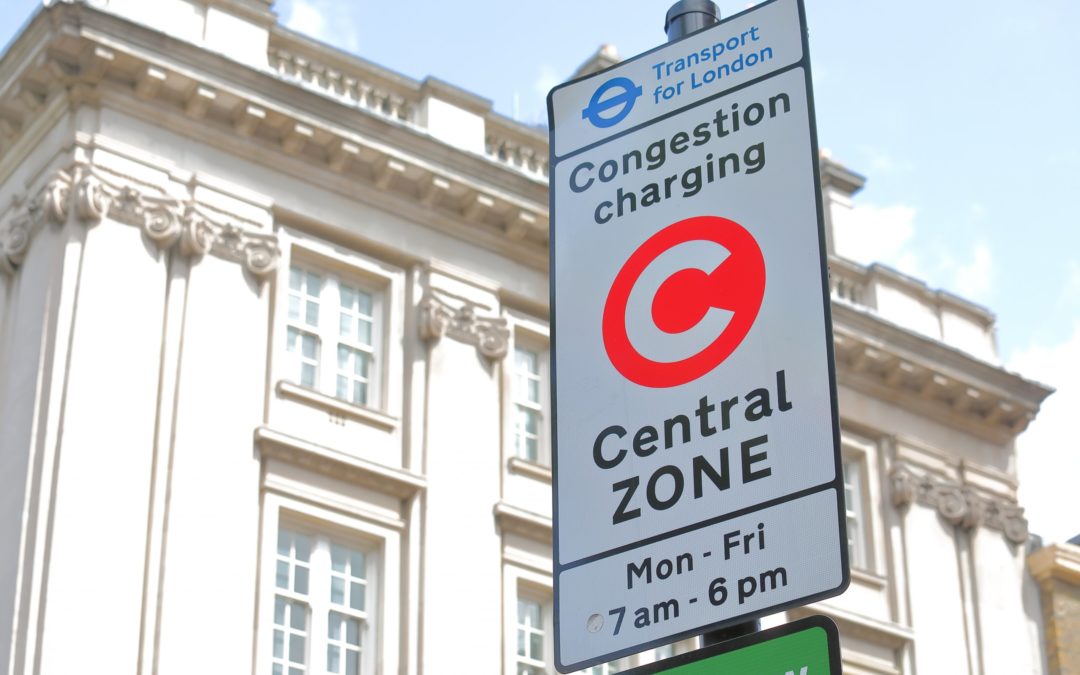 Everyone hates traffic.  No matter where you are in the world, there is nothing more frustrating than sitting behind the wheel of your car, needing to get somewhere, and moving at an absolute crawl.  To find a solution to this issue in the most central areas of London, the City took a page from Singapore’s Electronic Road Pricing Toll System.  Today, the London Congestion Charge is a daily price for entering Lambeth, Mayfair, Clerkenwell, Westminster, and the City of the London.  If you find yourself driving in London, we hope you’ll take some time to read more about the charge below and be ready.

A road pricing scheme was studied as far back as the Smeed Report in 1964.  The Greater London Council conducted a study over the next nine years that determined such a road pricing scheme could cut down on traffic and improve environmental conditions in the city center, but with a new GLC administration, the plan went nowhere as the council opted for other means of traffic management and encouraged public transportation.  Additionally, in 1973, future London Mayor Ken Livingstone was one of the new councilors elected and studied a scheme similar to the one the Council eventually adopted.

By the mid-to-late 90s, several studies espoused the benefits of a congestion charge scheme on the city.  In one survey, 90% of residents cited traffic congestion as a major problem in London and the time to travel the city had practically doubled in the past hundred years as more and more Londoners took to the roads.  After the Greater London Authority Act reorganized the city’s government, Ken Livingstone made the congestion charge part of his manifesto for the mayoral election, proposing a £5 charge for vehicles to enter the center of the city.  Livingstone was elected as an independent candidate and set about on an eighteen-month effort at public engagement to gather information and educate city residents.

The only major challenge to the scheme before its implementation came from the Westminster City Council, which argued that the charge would lead to greater pollution and was a breach of human rights for those who lived on the zone’s edges.  However, the High Court of Justice rejected the council’s arguments in 2002.  As the scheme was implemented in 2003, the Greater London Authority also added another 300 busses.  190,000 vehicles paid the charge on the first day, which was an estimated 25% decrease in normal traffic.  TfL officials claimed they say only a modest increase for the use of the busses and London Underground that day.

The original zone was expanded to include Kensington and Chelsea in 2007, and emissions-based charging was explored, but the election of Boris Johnson as mayor in 2008 put an end to further consideration of that plan.  Johnson also removed the western extension of the zone in 2010, but like previous Conservative candidates for mayor, he did not pledge to do away with the congestion charge and even introduced further measures to curb traffic such as the bicycle-sharing scheme that became known as “Boris Bikes.”

Today, the Congestion Charge is a £15 fee to enter the Congestion Zone from 7 AM to 10 PM every day (except Christmas).  That price is based upon paying in advance or the same day and can be paid by phone, internet, or by autopay.  If you don’t pay the day of, you can pay a £17.50 charge for up to three days afterward, and after that, it becomes a £160 fine.  Disabled drivers, motorcycles, and bicycles are exempt from the charge.  A network of cameras monitors the streets throughout the Congestion Zone and sends a penalty notice when they ping the license plate of a vehicle that has not paid the charge.

While it has had its share of critics over the years, the London Congestion Charge has been an undeniable success in reducing traffic within the most popular parts of the city.  It has been the largest of its kind since implementation and has become a model for other municipalities looking to help ease their traffic woes.

London 101: What is the London Congestion Charge? – Londontopia – The Website for People Who Love London