London Alert: Tower of London Lights 10,000 Torches in its Most in Remembrance of World War I – See it by Sunday! 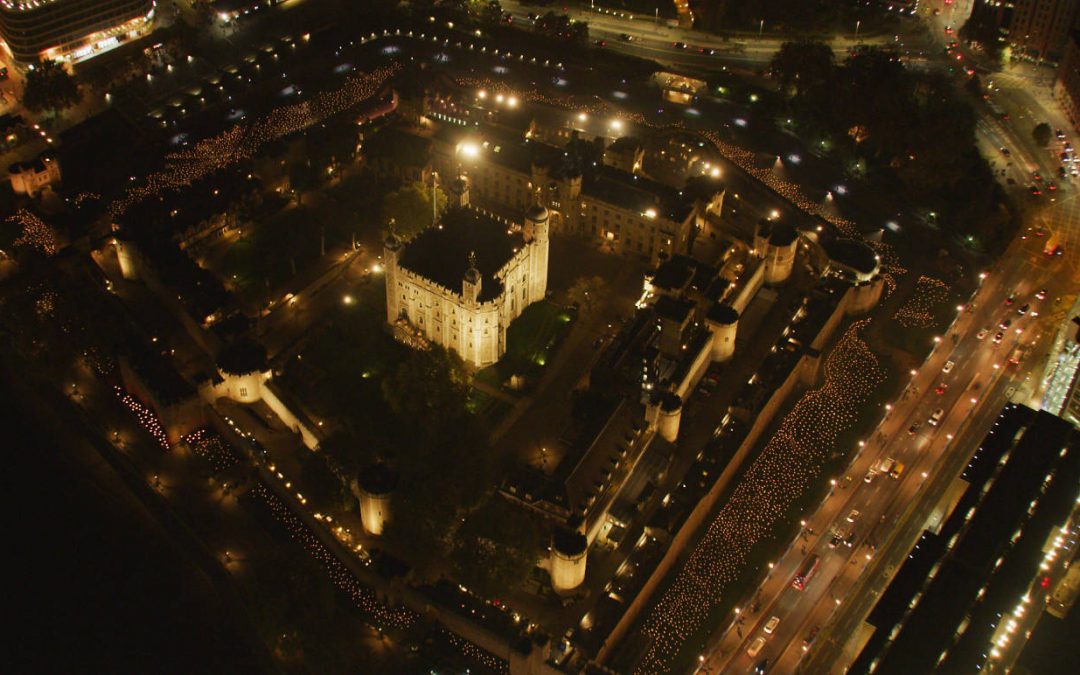 A very moving scene has been created in London at the Tower of London and you only have until the 11th to see it. 10,000 gas lanterns have been lit in the Tower’s moat in commemoration of the end of World War I. If you’re in London right now, you have until Sunday to see this. Go! I wish I was there to see it in person.

As the nation commemorates the centenary of the end of the First World War, a new installation at the Tower of London, Beyond the Deepening Shadow: The Tower Remembers will fill the moat with thousands of individual flames: a public act of remembrance for the lives of the fallen, honouring their sacrifice. This new artistic tribute will run for eight nights, leading up to and including Armistice Day 2018.

Beyond the Deepening Shadow is an evolving installation, which will unfold each evening over the course of four hours, between 17:00 and 21:00 each evening, with the Tower moat gradually illuminated by individual flames. The unfolding visual spectacle will be accompanied by a specially-commissioned sound installation; a sonic exploration of the shifting tide of political alliances, friendship, love and loss in war. At the centre of the sound installation lies a new choral work, with words from War Poet Mary Borden’s Sonnets to a Soldier.

Beyond the Deepening Shadow will begin with a procession led by the Yeoman Warders of the Tower of London. Emerging from the fortress, the Yeoman Warders – themselves all distinguished former servicemen and women – will ceremonially light the first flame. In a moving ritual, a select team of volunteers will then proceed to light the rest of the installation, gradually creating a circle of light, radiating from the Tower as a powerful symbol of remembrance. Members of the public are invited to return to the Tower of London to see the installation evolve each night, and to join in this public act of commemoration. The display will conclude at 21:00 every evening.

Tickets to go down into the actual moat have been sold out, but you can still visit by following the trail around the moat. You can see the installation for free from Tower Hill and the Tower concourse. I would expect this to be very crowded since it’s such a limited display – so patience and decorum will be required.

Here’s a short video about the installation:

Here’s a behind the scenes video on how they pulled it off – it’s incredible that each lantern is lit by hand by a team of volunteers every night.

London Alert: Tower of London Lights 10,000 Torches in its Most in Remembrance of World War I – See it by Sunday! – Londontopia – The Website for People Who Love London