London’s getting its biggest new theatre for 45 years 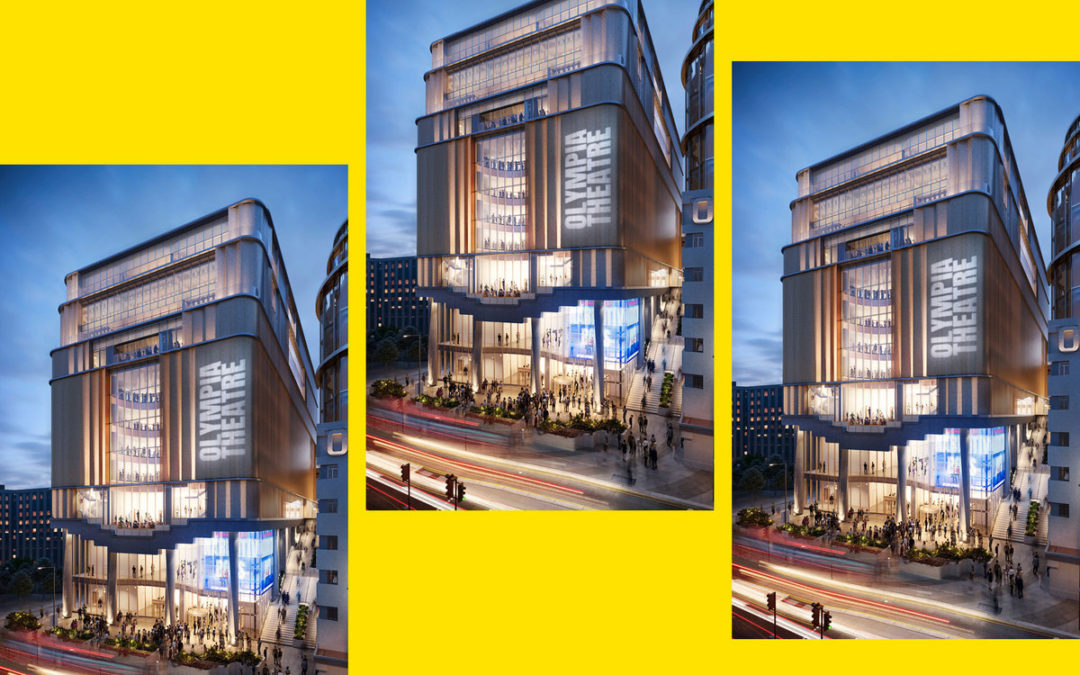 The last massive theatre to open in London was the NT in 1976-77. It’s a huge, state-sponsored concrete monolith. It guards high culture like a flak tower. It’s a Cold War bunker keeping the arts safe for future generations in case the rest of the world dies around it. Yeah, anyway, now London is getting a new huge theatre which is none of those things.

The Olympia Theatre is part of a £1.3bn redevelopment of the old Kensington Olympia exhibition site in west London. It’s an initiative from the Trafalgar Entertainment group, which runs the eponymous theatre in the West End. The new theatre will have a main auditorium seating just over 1,500 in a stacked design, which will allow more of the audience to feel closer to the stage. Visualisations of the exterior of the building suggest it is a very glass-heavy twenty-first-century take on a theatre, and certainly a far cry from its South Bank forebear. It’s planned to open in 2025.

Last year was a terrible one for London’s theatres. Not only did they have to go dark as audiences were prevented from attending shows, but several massive, world-class institutions, including Shakespeare’s Globe, the National Theatre and the Old Vic also warned that without government intervention they risked closing permanently. The Culture Recovery Fund has made an impact, but the fact that the London theatre community feels that it’s worth investing in such a big and long-term new project as the Olympia Theatre is going to be regarded as a very positive sign that the stage has a bright future in the capital.

Meanwhile, existing theatres are reopening on May 17. Here’s why that’s exciting.