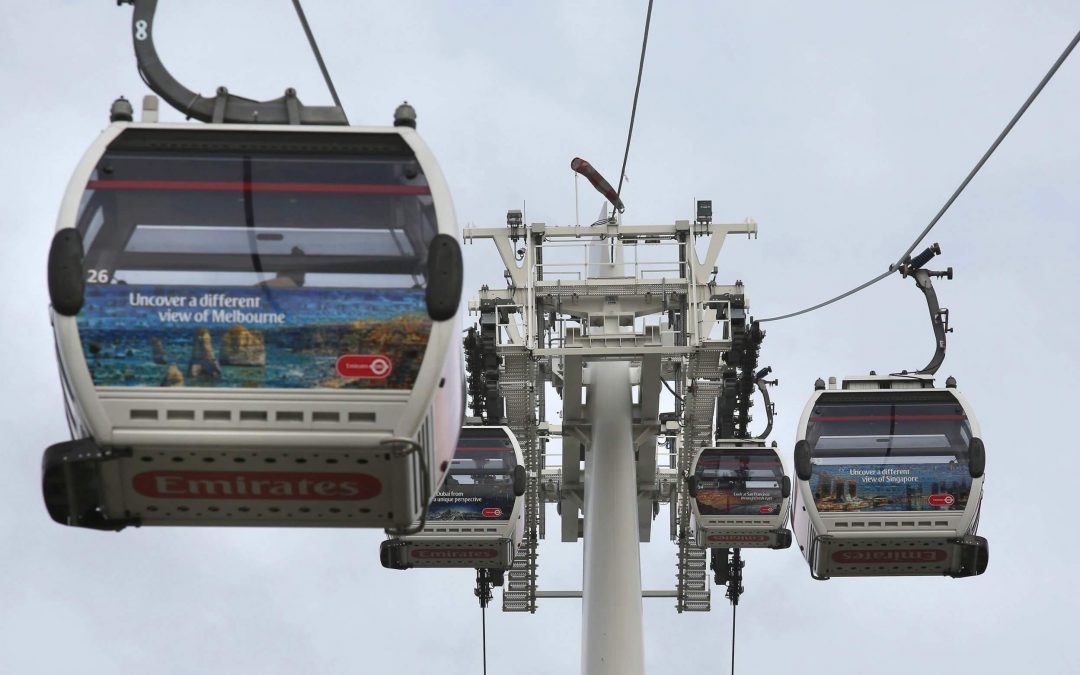 Cash-strapped Transport for London (TfL) has finally found a new sponsor for its cable car, but will receive a fraction of what it earned under the previous deal.

A contract seen by the PA news agency shows technology company IFS will pay just £420,000 per year for the naming rights of the east London link between The O2 in Greenwich Peninsular and Royal Victoria Dock.

TfL was paid £3.6 million annually by Gulf airline Emirates for a 10-year cable car sponsorship package, which expired in June.

The agreement with IFS will run for at least two years and see the connection over the River Thames named the IFS Cloud Cable Car.

He warned that TfL has a £740 million funding gap in its budget over the next 20 months, with fare increases and service cuts under consideration alongside efficiency savings.

Mr. Johnson chose to build the cable car at an estimated cost of £60 million during his time as the capital’s mayor.

When it opened in June 2012 – a month before London hosted the Olympic Games – he claimed it would lead to the creation of thousands of jobs and be a critical addition to London’s transport network.

But the cable car has failed to attract many regular commuters and by September last year had been used for just 13 million journeys over its lifetime, which is equivalent to the number of trips made on the Tube in less than a week.

“The partnership with IFS is an exciting opportunity to continue to build on the success of the most unique part of London’s skyline.”

IFS chief marketing officer Oliver Pilgerstorfer said: “IFS is a rapidly growing global technology company, and the opportunity to have our brand intrinsically linked with a visible part of the London transport system is fantastic.

“As well as being iconic, the IFS Cloud Cable Car will proudly serve a diverse customer base of Londoners, tourists, and business travelers from around the world on a practical level.

“The opportunity to showcase the IFS brand on this platform makes a lot of sense.

“Our software is behind the construction and running of the IFS Cloud Cable Car, which makes for a truly authentic partnership.”