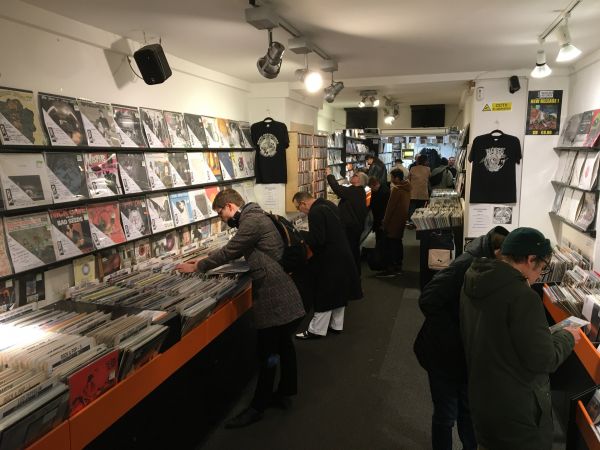 What a gem in the heart of Soho Reckless Records is. Walk in to the sound of a fire alarm, a siren, a spaceship landing or a traditional-sounding guitar track – all of those metaphorical apart from the last, and just an insight to the staff musical picks getting you in the mood for a sift through their second-hand vinyl and cd racks.

Second-hand all of the musical goods might be but I have never found a scratch on any of the items here and believe me, I have bought many. Box-sets, promotional copies dropped off by DJs, minidiscs and cassettes – remember them? – Reckless Records has it all.

Located on the same street as the Britpop lovers’ equivalent of the Abbey Road crossing – Berwick Street, made famous as the London location on the cover of (What’s the Story) Morning Glory? by Oasis – and, whilst gentrification is tightening its grip on this once-under-the-radar part of town, Reckless Records manages to keep its head above the water along with the equally-enticing but somewhat downsized Sister Ray just across the road. The Swinging Sixties it may no longer be but Reckless Records does a fine job at keeping the spirit of Soho alive.