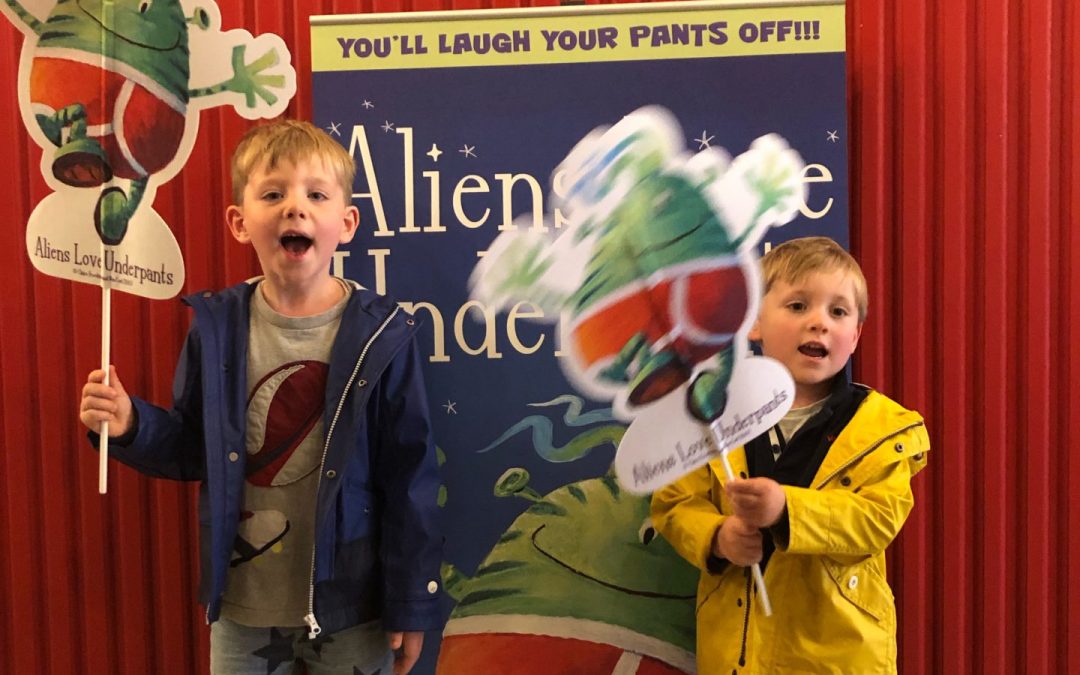 We- me, Winston who is almost 6 and Wilfred who is 4- went, on a rainy day in August, to The Troubadour theatre in White City, London to watch Aliens love Underpants. This was our first time at this theatre and it’s a cool, colourful, open warehouse feel with a long bar serving great homemade cakes, trendy snacks and lovely coffee! So far so good. It is such a shame that we only discovered this theatre so late into the summer holidays as their calendar of shows for kids was lengthy and impressive. And the staff were so welcoming to the children- asking questions, handing out booster seats and tolerant of buggies and mess. I have already recommended the theatre to other London-based mums.We were here to see the show based upon the book ‘Aliens love underpants’. This was a series both boys enjoyed when they were younger and I was a little worried that they would be too old for the show but I needn’t have worried.  It was a fantastic show- interactive, colourful, musical and funny. Although the story of the book is the inspiration, and the words of the book appear in the show, the storyline has been […]