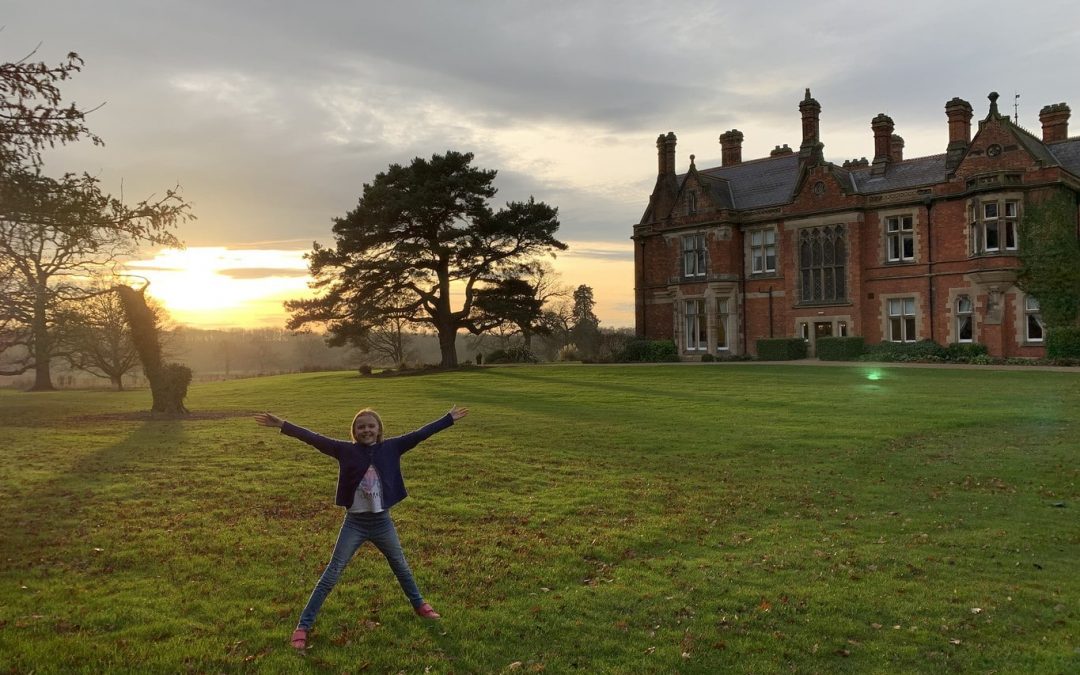 Between Christmas and New Year we were invited to spend a night at Rockliffe Hall which promises to be “a five star luxury golf and spa hotel in the North East.” Rockliffe Hall also invested last year in a Lewis Carroll-themed whimsical wonderland featuring curious cabins (with soft play, a games room, cinema room and nature pod), eco-adventure playground, Looking Glass House, tennis courts and splash pads. Obviously the whimsical wonderland was designed to attract the family market, so we went along to find out what it was all about. Before I go any further into the review, I want to take the time to say that the thing we loved the most about Rockliffe Hall was the staff. They were kind and courteous and generous with their time, they really were the nicest people, but then to be fair most people from the North East are! So where is Rockliffe Hall? Rockliffe Hall is in Hurworth on the outskirts of Darlington in the North East of England. It’s on the edge of both County Durham and Yorkshire so perfectly located for both. You can get to Rockliffe Hall by Car If you’re travelling to Rockliffe Hall by car like […]