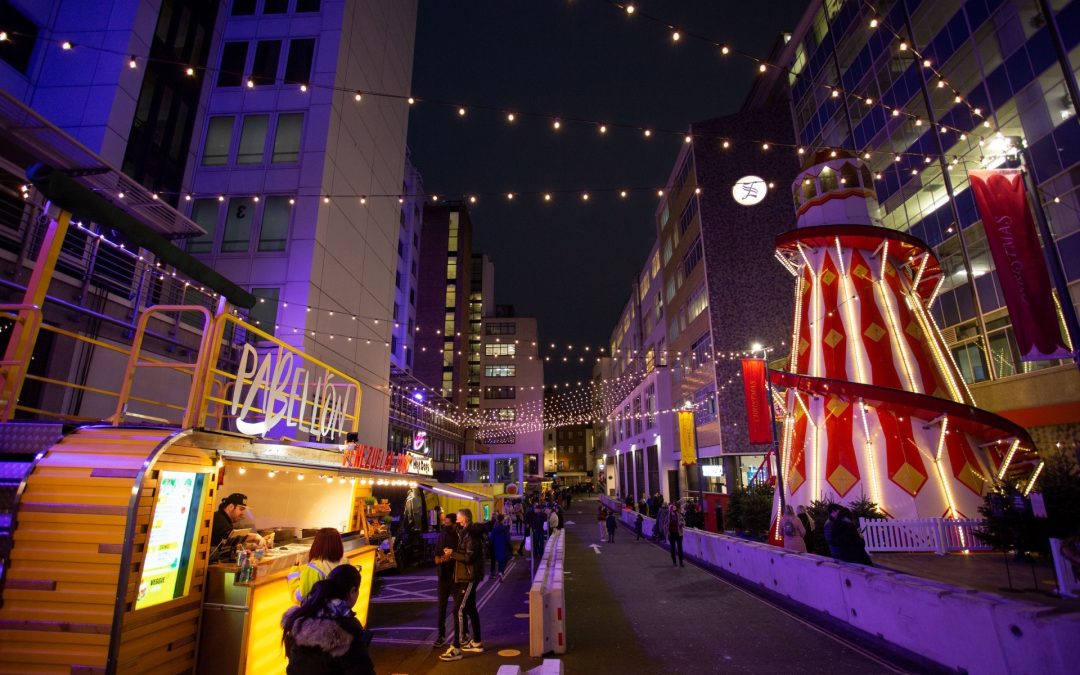 The stylish department store might have been shut for almost a month of lockdown, but Selfridges has made a moment out of its comeback. To tie in with the reopening of its Oxford Street store, Selfridges has extended outdoors with its first-ever open-air Christmas market.

Christmas Market on the Mews sees nine food trucks pull up to Edward Mews, round the back of Selfridges, along with festive fairground rides, stalls selling wreaths, Christmas trees, decorations and gifts, and, naturally, a helter skelter – presumably to scream off some 2020 tension.

Street Feast founder and very busy man Dominic Cools-Lartigue has helped curate the food truck line-up, showcasing eats influenced by cuisines across the world. The market will feature food from his recently launched Tramshed Project, as well as hosting the likes of Fundi Pizza and those guys with the giant wheel of cheese (originally naming themselves ‘Cheese Wheel’) – cos it isn’t Christmas without cheese. Having said that, vegans are pretty well catered for too, with vegan arepas on the menu from Pabellon and even vegan pick ’n’ mix from Ask Mummy Daddy.

To complete the Christmas market mood, Pop Dogs Official is selling German sausages. And you can glug glühwein from a bar selling hot buttered rums and warm apple ciders, as well as the trad mulled wine. You have to prove purchase of food in order to drink under current regulations – but the ace offering of street eats means you’ll probably want to anyway.

The Christmas Market on the Mews is at Edward Mews daily throughout December, 4pm-9pm on weekdays and noon-9pm at weekends.

Can’t get enough of Oxford Street? We’ve reviewed all the Christmas window displays in central London.

Lindy Hop in a Day for Two