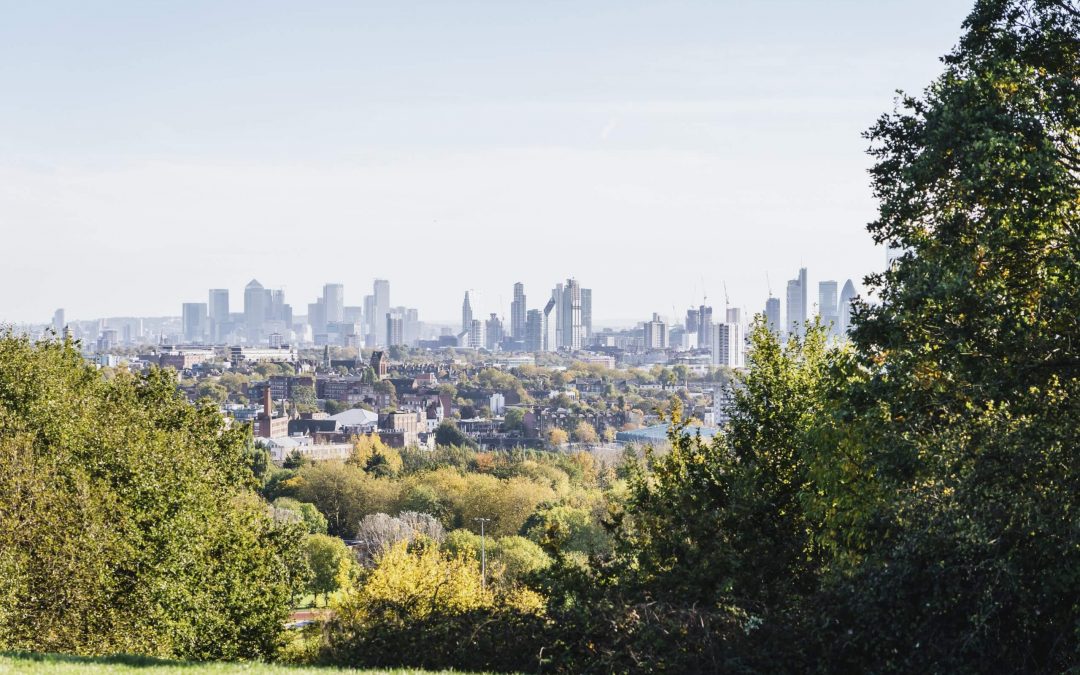 Hampstead Heath is part of London’s colorful ecology that blends the modern urban concrete of the city with the green lusciousness of its past.  The Heath, as it’s known locally, has been a part of London since ancient times and today is one of the finest green spaces in the entire city.  It’s also full of conservation areas, freshwater swimming ponds, lovely monuments, and some of the best views of the city that you’ll find.  Speaking of finds, we’ve found ten interesting facts about Hampstead Heath that we think you should know.

It Begins with the Anglo-Saxons

The first recorded mention we have of Hampstead Heath comes from Ӕthelred the Unready in 986.  The Anglo-Saxon king granted one of his servants a portion of land on the Heath, which was listed as “Hemstede.”  It was then listed in the Domesday Book as being owned by the Monastery of Saint Peter’s (better known as Westminster Abbey), where it was listed as the “Manor of Hampstead.”  Most of it later fell into private ownership, and lots were sold off for building while the Heath itself remained common land.  Today the Heath is managed by the City of London Corporation.

Hampstead Heath is one of the largest green spaces in the whole city at 790 acres.

Famous author C.S. Lewis lived near Hampstead Heath during his life, and the Heath reportedly served as one of his inspirations for the fantasy land of Narnia.  While there isn’t any documentation to back up this claim, it has remained a part of local lore, and during winter, it’s easy to imagine the White Witch, Aslan, or Father Christmas amongst the snow-covered landscape.

In 1950, the Ski Club of Great Britain and the Oslo Ski Association built a ski jump on the Heath.  As part of a ski competition that was organized for March 25 and 26, the skiers didn’t land in snow but a giant pile of hay.  The Norwegians did bring some snow with them for the course that was packed into boxes and kept cold with dry ice.

Care for a Dip

The Heath has approximately thirty ponds thanks to man-made dams constructed over 300 years ago.  Of these thirty, only three are available for swimming.  One is men only, one is women only, and the third is mixed.  You have to be at least 8 years old to swim in any of them, and swimmers 8 to 15 must be accompanied by an adult.  There’s also a lido (swimming pool) near Parliament Hill that’s open all year long, even in the cold, cold winter.

We Have to Go Deeper

The Hampstead Tube Station is the furthest underground in the Underground at 192 feet.  It also features the deepest underground shaft at 181 feet and a spiral emergency staircase of 300 steps.

And speaking of Parliament Hill, you won’t find a better view of London in the whole metropolitan area than you will there.  Parliament Hill Viewpoint rises 322 feet to provide a wonderful vista of the London skyline.  The hill was still private manor property until the mid-20th Century, and it wasn’t an uncommon sight even in the 1940s to see livestock grazing here.  Now the only people who graze on Parliament Hill are the picnickers.

Or Parliament anyway.  Legend has it that it was the plan of Guy Fawkes and the other conspirators to watch the destruction of the Palace of Westminster from Parliament Hill.  Fortunately, the plot was foiled, and the conspirators were arrested.

Sites of Special Scientific Interest in the United Kingdom are conservation areas that are so designated due to particular biological or geological traits.  Hampstead Heath Woods is a Geological SSSI that falls into the sub-category of being a deposit site that are limited in scope or have some particularly delicate feature.  In the case of the Hampstead Heath Woods, it’s the old and over-mature trees that provide a habitat for many unique species of invertebrates, such as a rare species of jewel beetle.  What’s more, while the Heath is one of the largest green spaces in London, the SSSI is one of the smallest in the nation at 41 acres.

Its Own Police Force

The Hampstead Heath Constabulary consists of a grand total of twelve constables who act as the park’s police.  Since the Heath is managed by the City of London, the HHC is not part of the Metropolitan Police and is its own unique service.