Ten Things to Do on the Isle of Dogs 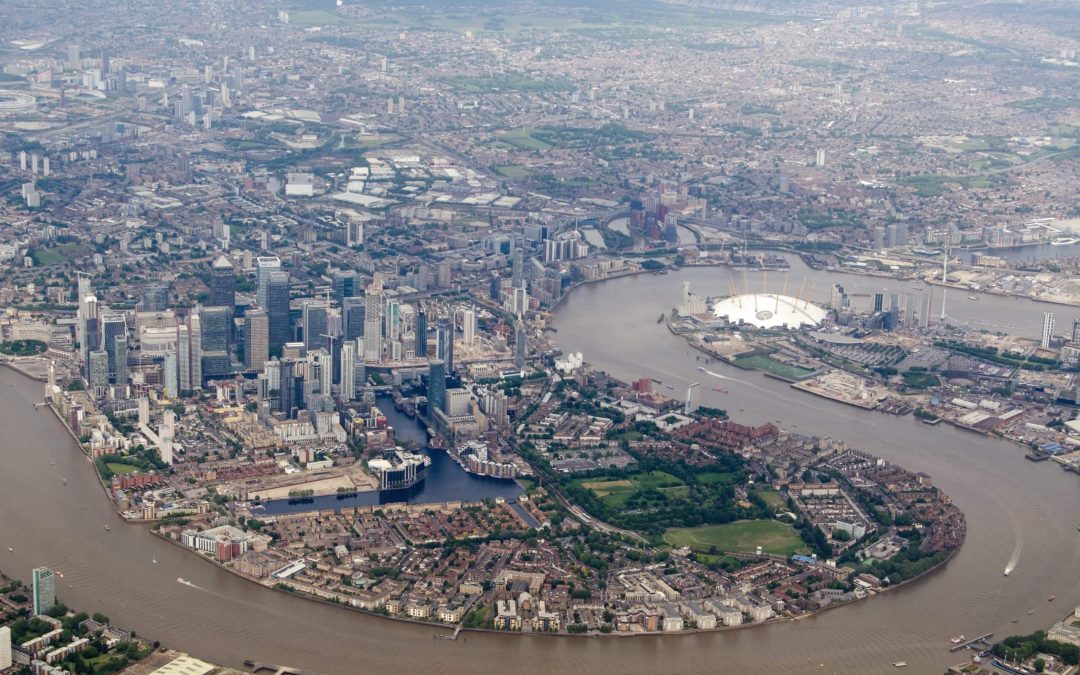 Hundreds of years ago, the Isle of Dogs was marshlands without much on it but a farm.  Technically more of a peninsula than an island. This location has changed over time to become docklands and, today a major mixed-use development.  Anyone visiting the Isle of Dogs can find parks, restaurants, shops, offices, and all manner of entertainment in the 800 acres that comprise the peninsula.  Whether you’re headed to the restaurants of Crossrail Place or to see the animals on Mudchute Farm, we’ve identified ten different places on the Isle of Dogs that we think you should visit for some fun.

Urban farms are all the rage in modern metropolises, and for good reason.  Mudchute serves an important purpose of being a local nature serve and a Site of Metropolitan Importance for Nature Conservation.  Farm animals range from cows to alpacas, with more in-person encounters at the farm’s Pets Corner or through animal encounters sessions.  The kitchen will put you within eyesight of the farm’s herd of sheep grazing as you chow down on locally-sourced meals.  Any number of events are hosted at the park, so be sure to check the calendar to see what’s going on there.

Those who want to know more about the importance of the area to London’s history can visit the Museum of London Docklands, which will guide you from the Isle of Dogs’ earliest days of fishing through its status as a center for London’s shipping.  Exhibitions include the importance of the West Indies to London and how the docklands were affected by the two world wars.  Special events are always happening there, so be sure to check the calendar and temporary exhibits before you visit.

Once a Presbyterian Church, the Space is now an arts and entertainment venue that counts Sir Ian McKellan amongst its patrons.  The site is home to any number of artistic ventures, from gallery showings to concerts to plays and more.  Be sure to check their calendar for upcoming events and find one that suits your tastes so you can help support local artists.

Just on the other side of the River Thames at the very tip of Greenwich is the O2 Arena.  Easily reached from the Isle of Dogs, the O2 hosts a number of concerts, exhibitions, and other events throughout the year.  It was once known as the Millennium Dome, but was forced to rebrand after a less-than-stellar opening at the beginning of the 21st Century.  For a daring view of the city, you can climb the dome via Up at the O2.

And speaking of the O2, The Gun on the Isle of Dogs offers a fantastic view of it and the river. The Gun is also Grade II listed, which means this Fuller’s pub is all-class with its interior décor and its food.  Of course, those aren’t the only draws, and patrons wanting to experience the aforementioned views can do so from the dockside patio or the rooftop gin bar.  If you can’t make it there or miss the pub experience during lockdown, the Gun’s website has a virtual tour you can take of its rooms, including the outside terrace, rooftop bar, and second-floor event room.

With the official opening of the Elizabeth Line, you can easily reach this venue located above the Canary Wharf Crossrail Station.  Crossrail Place has everything you need to make for a complete night such as restaurants, bars, Everyman Cinema, and the Canary Wharf Rooftop Garden.  The food options definitely can’t be beat and include such London staples as The Breakfast Club and Big Easy.

Those who don’t want to just look at the River Thames can get out on the water for fun at the Docklands Sailing and Watersport Center.  Whether you’re interested in sailing, rowing, motorboating, or windsurfing, you can get out on the fiver with a small boat for an afternoon.  If you’re not into those things, but you’re with someone who is, three is an upstairs bar that provides great views of the river and occasionally hosts wine tastings and other events.

Billingsgate is the largest wholesale fish market in London and comparable in many ways to Seattle’s famous Pike Place Fish market.  The market was formally established by an Act of Parliament in 1699, and by the 19th Century, it was the largest of its kind in the world.  The market moved to its current location in 1982, and it’s worth visiting to see how the fishmongers go about their trade, just make sure you wear some well-treaded shoes as the floors can be quite slippery.

Canary Wharf is one of the best examples of urban renewal in London.  Once home to prosperous docks that saw a decline after World War II, Canary Wharf today is a mixture of offices, shops, and restaurants that make it a destination in London.  This part of the Isle of Dogs is also home to numerous events and pop-ups from the Dragon Boat Race to a modernist take on mini-golf.

Last, but certainly not least, Island Gardens is one of the most picturesque places on an already beautiful part of the city.  This public park is a great place for a picnic with its views of the river as well as being directly across from the Old Royal Naval College in Greenwich.  Additionally, if you want to pop over to the area, one of the Greenwich Tunnel Footpath entrances is anchored here.