The British Library – The world in letters 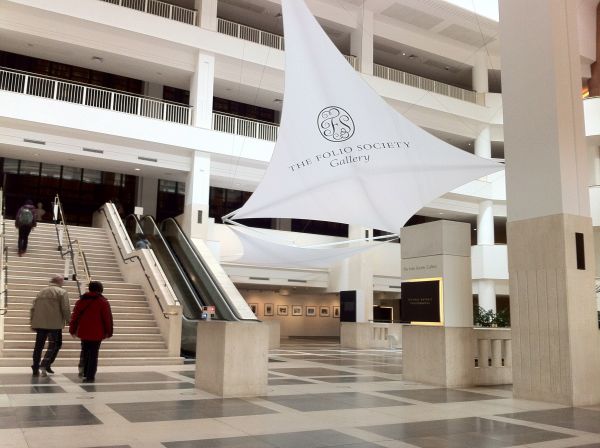 When some people think of libraries, they might think of old women in cardigans shushing people for making any noise at all (as a former librarian during my student days, I can assure you that I only wore cardigans on cold days). Surely a library is no place to hang out while on holiday?

The British Library breaks all of these stereotypes. Not only is it a working library for dedicated students and researchers with free wifi access and working spaces throughout, it also caters to more casual visitors with cosy cafes and a restaurant on the premises to relax and read.

However, the biggest draw to the British Library is its permanent collection – free for anyone to admire. The permanent collection covers many aspects of literature, ranging from original manuscripts from Charlotte Bronte to Virginia Woolf. Even if you are not a connoisseur of books, you’ll likely find displays that will capture your interest among the priceless religious texts, scientific documents and handwritten musical scores.

Emily Dickinson wrote in one of her poems ‘There is no frigate like a book’. I can think of no better illustration of this than the British Library.

The post The British Library – The world in letters appeared first on Spotted by Locals London.