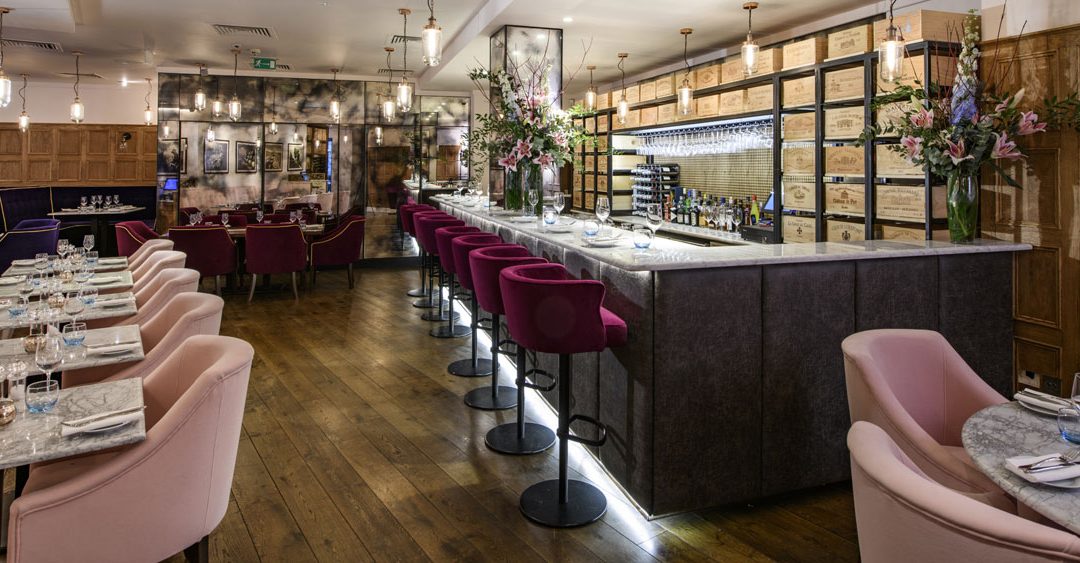 So it’s a new year and you might be wondering, “where should we go tonight?”  After ticking through a list of bars and restaurants you’ve been to a hundred times already, you could be at a loss.  Fear not, for we at Londontopia have looked into this and found some new nightlife spots for you to consider whether you’re a longtime London resident or just visiting.  Each of the places we’ve found and listed below has its own unique theme that will help make your night unforgettable.  If there are any new bars, pubs, or restaurants you’ve discovered so far this year, let us know in the comments.

For many reasons, there are people out there who choose not to drink, but still want a place to socialize.  For the sober crowd, there’s a new trend of zero/low alcohol bars to accommodate this desire and Shaman, which opened in January, is both magical and alcohol-free.  The menu includes healthy and nutritious selections of food and drinks that will energize you and lift up your night.    Additionally, if you can’t make it here at night, Shaman also offers a grab-and-go service for anyone who needs a quick pick-me-up during the day to support your continued exploration of London.

Comic book fans often long to be part of the universe that exist on the four-color pages and come this summer, one London restaurant will give you that opportunity.  Warner Brothers and Wonderland Restaurants have teamed up to create Park Row, an 18,000 square foot space with five Batman-themed restaurants and bars from the Penguin’s upscale Iceberg Lounge to Harley Quinn’s speakeasy, the Old Gotham City.  While the name Park Row (better known as “Crime Alley” in the comics) might not illicit the most pleasant images from most comic fans, they won’t want to miss this dining experience when it opens this summer at 77 Brewer Street in Soho.

If you’re looking for a bar that has an air of magic to it, TSQ Playhouse is the place for you.  The atmosphere is straight out of a fairytale or maybe the Mad Hatter’s fever dream.  The bar’s cocktails have a fantasy bent to them as well, served in glasses that look like a Nutcracker’s head, a glass slipper, and a magic lamp, amongst other enchanted items.  TSQ also serves Thai-inspired nibbles from pawn crackers to duck spring rolls (as well as the occasional offering of chips and ketchup).  It opened back in January, so it’s ready for you to step through the magic mirror and into this late-night wonderland.

Taking over the spot formally occupied by the Gay Hussar, the Noble Rot team brings their particular brand of food and wine bar to Soho this spring.  Even though the Gay Hussar might be gone, its legacy lives on as the menu and atmosphere combine the restaurant’s past with that of Noble Rot’s Bloomsbury location.  And of course, Noble Rot will add its great wine list so you can enjoy a glass of red or white along with the delectable menu.

A classic whisky bar is a thing of beauty, and Milroy’s brings the elegance and class of the whisky bar to Spitalfields.  The four-story building has just about everything a whisky lover could want, including a regular whisky bar, a cocktail bar, a tasting room, and an exclusive member’s club with a cigar terrace.  Regardless of which level you choose, you’ll find a top-notch whiskey selection including offerings from Scotland, America, Australia, South Africa, and all over the world.   Milroy’s also regularly hosts events from stand-up comedy to rare and special tastings.