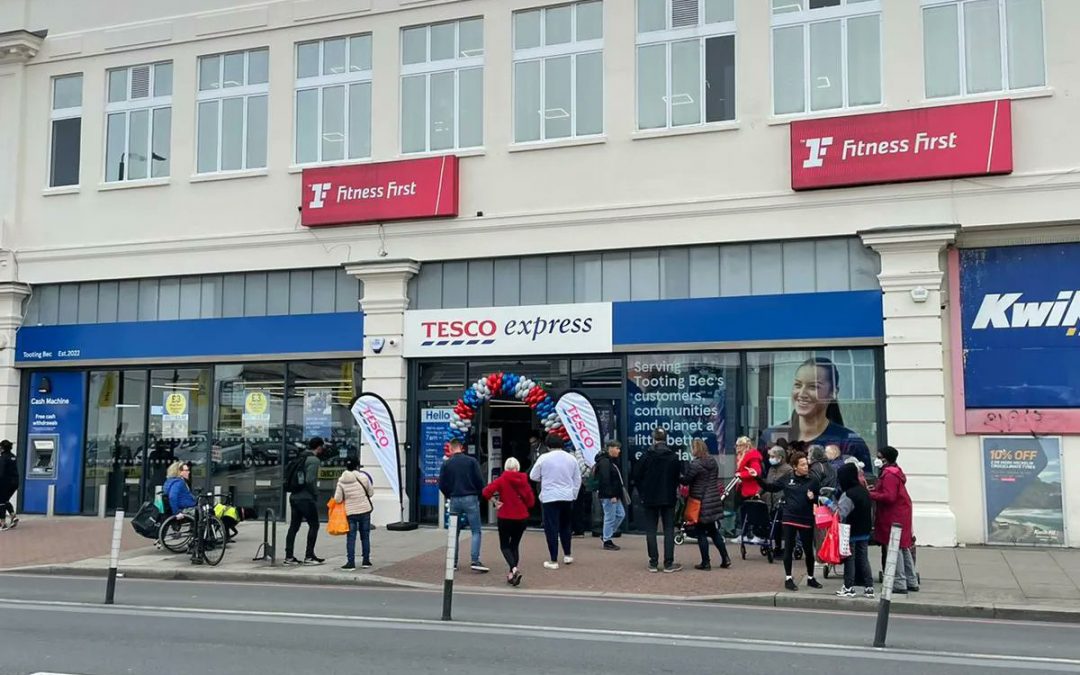 Fair enough, but in this age of staffless grocery sheds, it’s pretty heartening that a supermarket giant like Tesco would choose to cut the ribbon on a midsize convenience store in an affluently middle-class area of the capital like Balham, SW17. The site on Balham High Road was formerly a Lidl.

The news was broken by Twitter account Balham Newsie (above). In a subsequent tweet, BN wished the new store good fortune: ‘Congratulations & good luck to store manager, Shariff and the team! #Balham’.

The new Tesco Express joins Balham’s Tesco Extra. Tesco has three grades of operation: small local Tesco Expresses, regular Tesco supermarkets and hypermarket-style Tesco Extras (one of which, in Woolwich, is of such a scale that a MyLondon reporter last year said she felt frightened and disturbed by it. ‘I almost felt drained and I couldn’t wait to leave,’ confessed the appropriately named Amber-Louise Large).

The size of Balham’s new Tesco Express means that it has features commonly found in the company’s larger stores, such as roomier fridges. We also wish it well. It’s the biggest little supermarket in town. For now.

Wetherspoon’s has put nine of its London pubs on the market.

London train and Overground strikes in October: everything you need to know.