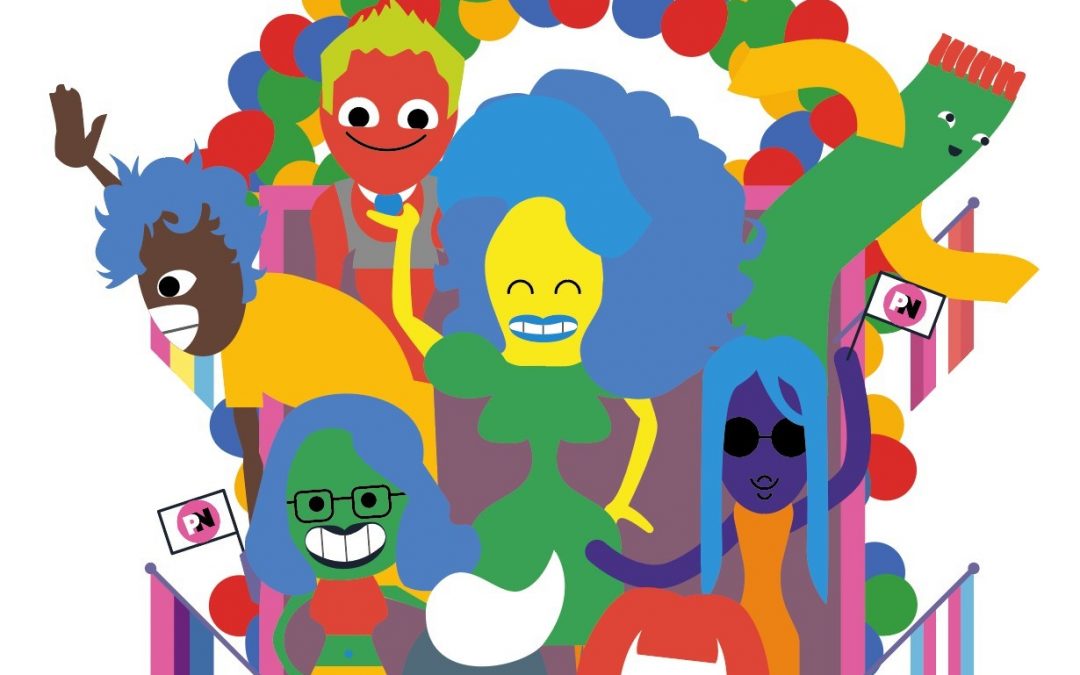 London was quick to adapt to live-stream life, but it was LGBTQ+ artists, performers and club-night organisers who led the way. Within days of the lockdown, drag queens were organising fundraising shows on social media. Before the first week was out, we had Queer House Party, now a Friday night lifeline for a fractured community who can now can dance together over Zoom. And on March 23, when it was announced that the Pride in London parade was to be postponed, LGBTQ+ organisations began to find new ways to celebrate Pride month online.

One of these organisations was the website PinkNews, which has just announced the four-day virtual Pride for All festival, which runs from Thursday June 4 to Sunday June 7. There are plans for a Zoom DJ set from Raven Mandella, panel talks, singalongs and The Great Pride for All Bake Off with GBBO winner David Atherton. But one of the most ambitious events on the schedule is the Virtual Pride March – a procession of pixel-generated floats and animated people, hosted on the PinkNews site. The idea is that you can create your own avatar, and virtually ‘join’ the parade.

Over the four days, all events will be fundraising for Kaleidoscope Trust, a non-profit that fights against the criminalisation, discrimination and persecution of LGBTQ+ people around the world. Phyll Opoku-Gyimah, Kaleidoscope Trust executive director, told PinkNews: ‘As Pride celebrations become increasingly unsafe, LGBT+ people around the world are seeing their few opportunities to celebrate their community fall away… We are thrilled to be partnering with PinkNews on Pride for All to make sure that everybody, across the globe, no matter how isolated they may be, is able to feel proud of who they are.’

Logging on to join a virtual parade doesn’t have quite the same appeal as sailing down Pall Mall  wrapped in a rainbow flag, but it’s just one way to stay connected. On Thursday, you can revive some of that lost Eurovision spirit with a concert from Finnish Eurovision singer Saara Aalto, and on Sunday, take part in a live Twitter panel on the future of safe queer spaces post lockdown. If you still have the physical and literal bandwidth, stay for the finale: a The Big Queer quiz with ‘RuPaul’s Drag Race UK’ star Sum Ting Wong. Now you just have to push your couch to one side and make way for that living room afterparty.

Find out more about Pride for All here.

London’s nightlife venues are more at risk than ever. Here’s what we need to do to save them.