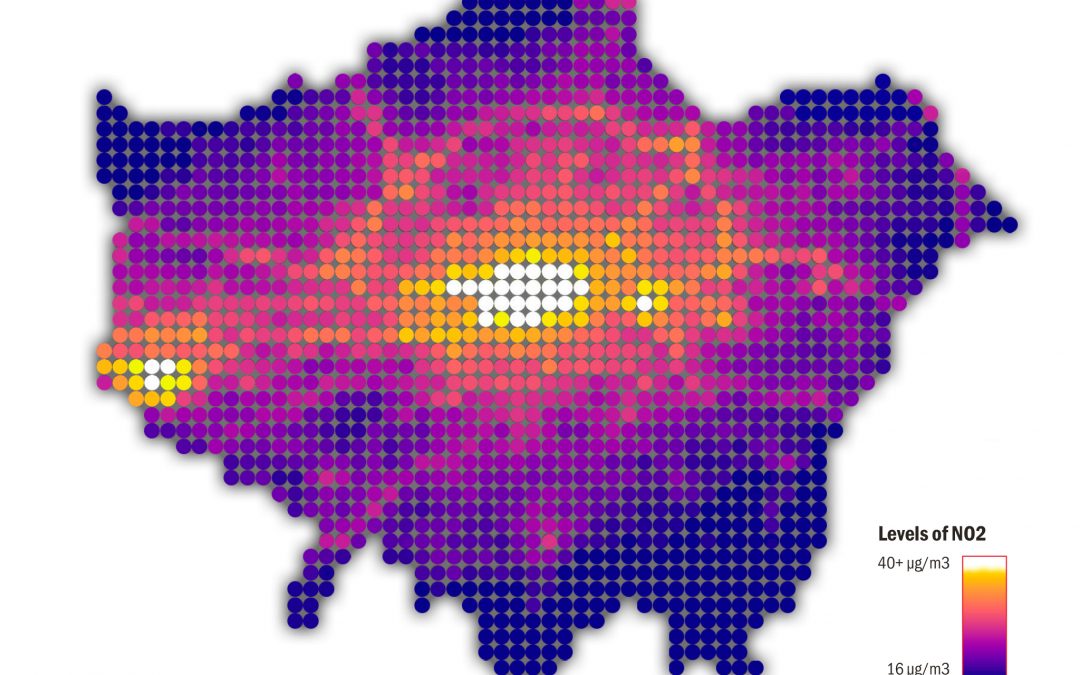 We all know carbon dioxide is bad news. But if you’re looking for something new to worry about, might we suggest nitrogen dioxide (NO2)? Mostly caused by vehicles, it’s one of the most harmful air pollutants for humans, with high levels causing lung disease and early death. Which is why this map, put together by mapping and analytics firm Esri UK using the latest Defra data, is so scary.

White dots on the map represent an area above the EU’s legal annual NO2 threshold – so that’s illegally toxic air over the whole of Zone 1, plus Heathrow Airport in the west and the Blackwall Tunnel area in the east. The Mayor’s new Ultra Low Emission Zone, which will charge the most polluting vehicles to enter central London, comes into force in April. But you can also help protect yourself day-to-day by taking backstreets, which generally have lower pollutant levels. Sometimes the scenic route pays off.