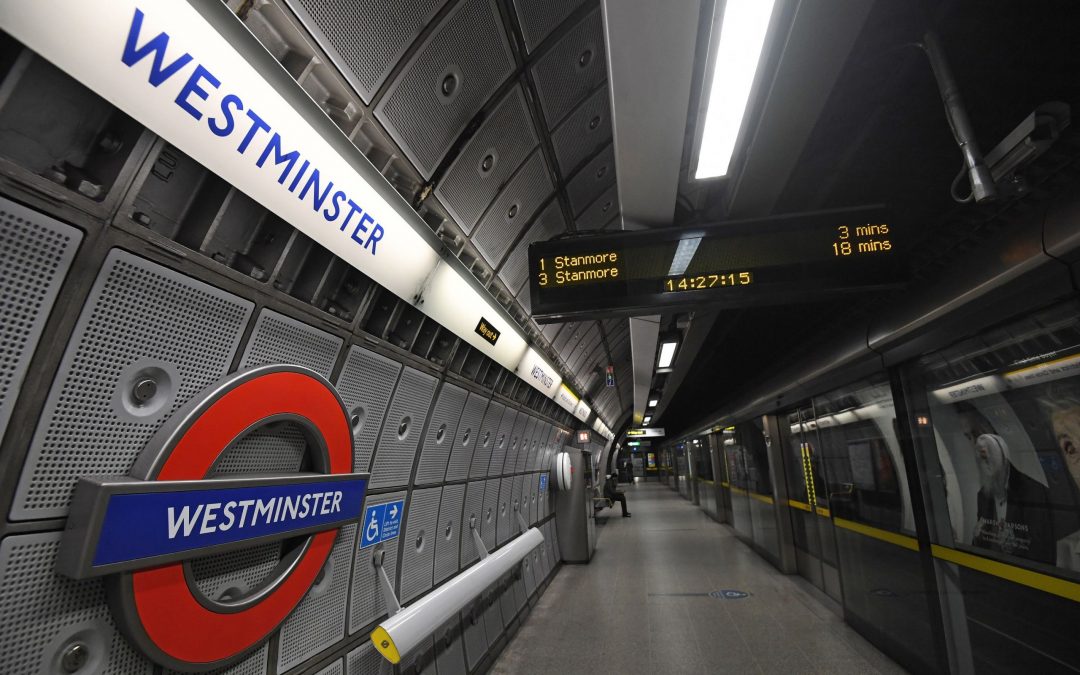 Three central London Tube stations will be closed on the morning of the Queen’s funeral to prevent overcrowding.

Transport for London (TfL) announced that passengers will be prevented from starting or ending journeys at Westminster, St James’s Park and Hyde Park Corner stations for “most of the morning” on Monday.

The transport body said it “will aim to reopen stations” after the funeral at Westminster Abbey – which will be at around noon – to help people leaving the Westminster area.

Green Park station will be exit-only between 10 am and 8 pm.

Many buses in central London will be diverted due to road closures, and London Victoria coach station will be closed.

The “best option” for passengers arriving at mainline railway stations will be to continue their journey on foot rather than use public transport, TfL said.

London’s transport commissioner Andy Byford said TfL is “working around the clock” to ensure mourners travelling around the capital can pay their respects to the Queen.

He went on: “It is going to be extremely busy in London on Monday, and there may be short-notice changes and queues to enter stations as a result of the large number of people travelling.

“We will be running a safe, reliable and frequent service to help ensure that everyone can travel home safely after paying their respects.

“We would encourage people to consider making use of the wide range of facilities open across London for refreshments after the state funeral.

“As well as allowing time to continue to pay respects, this will help ensure smoother journeys home for everybody.”

A full weekday timetable will operate, with about 250 additional services, including some overnight trains mainly serving destinations within the M25.

The extra services have been added to online journey planners.

Stationary trains will be used as overnight waiting areas at some stations as they are a “last resort”, with mourners invited to board by station staff.

Priority will be given to the elderly and vulnerable.

Long-distance services are expected to be busiest in the late afternoon and evening after the funeral.

Passengers travelling shorter distances are being encouraged to delay their journeys home to ease the pressure at stations.

Network Rail chairman Sir Peter Hendy said: “The railway is going to be extremely busy on Monday particularly on routes into London.

“This is the biggest public transport operation since the London 2012 Olympic and Paralympic Games, and we’re working closely with all train operators to run extra trains through the day and into the night.

“To help us provide the best possible experience and avoid lengthy queues at stations we’re asking people not to rush home after the funeral and the processions, but to take their time and experience London on this memorable day.

“Passengers should keep checking with their train operator on Twitter or National Rail Enquiries before travelling home for all the latest train service updates.”

National Highways is deploying additional traffic officers on motorways and major A roads around London to carry out patrols, keep vehicles moving and assist the emergency services in clearing incidents.

It is advising drivers to avoid returning home straight after the funeral “to avoid the busiest mid-afternoon period” and to check the National Highways website for travel updates.

There was a 6% increase in traffic using six London-bound sections of motorway on Thursday compared with the same day last week.

TfL also announced that buses will pull over “if it is safe and practical to do so” and switch their engines off during the one-minute silence on Sunday at 8 pm and the two-minute silence on Monday at around 11.55 am.

Most planned closures of major roads serving London have been suspended until Tuesday to reduce congestion.

Road closures and bus diversions in London will continue well into next week as the removal of barriers and other event infrastructure is expected to take several days.

More than 100 Heathrow Airport flights will be cancelled to prevent aircraft noise disturbing proceedings at Westminster Abbey and Windsor Castle.

The west London airport announced that 15% of its 1,200 flights due to take off or land on Monday will be disrupted.

British Airways – the most-affected airline – will cancel 100 short-haul flights due to the restrictions.