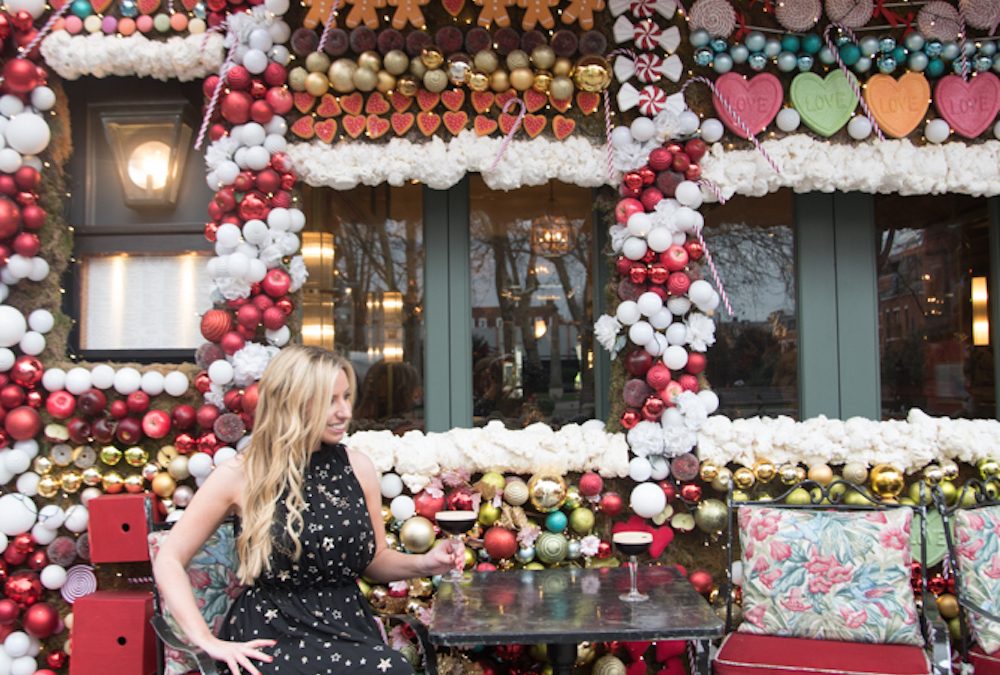 ‘It’s the most Instagrammable time of the year’ (sung to the tune of it’s the most wonderful time of the year)… There’s no time that London looks more beautiful than when the shops, restaurants and hotels are adorned with baubles, festooned with trees and embellished with Nutcrackers. Read on to discover my favourite places in London to get the perfect Instagram shot.

Already mentioned as one of my places to go at Christmas, The Dorchester Hotel is looking so utterly Instagrammable with gorgeous carousel horses on the outside and a giant Christmas tree on the inside. There’s even more of the horses in the main Promenade as the hotels celebrates the latest Mary Poppins film as well as the festive season. 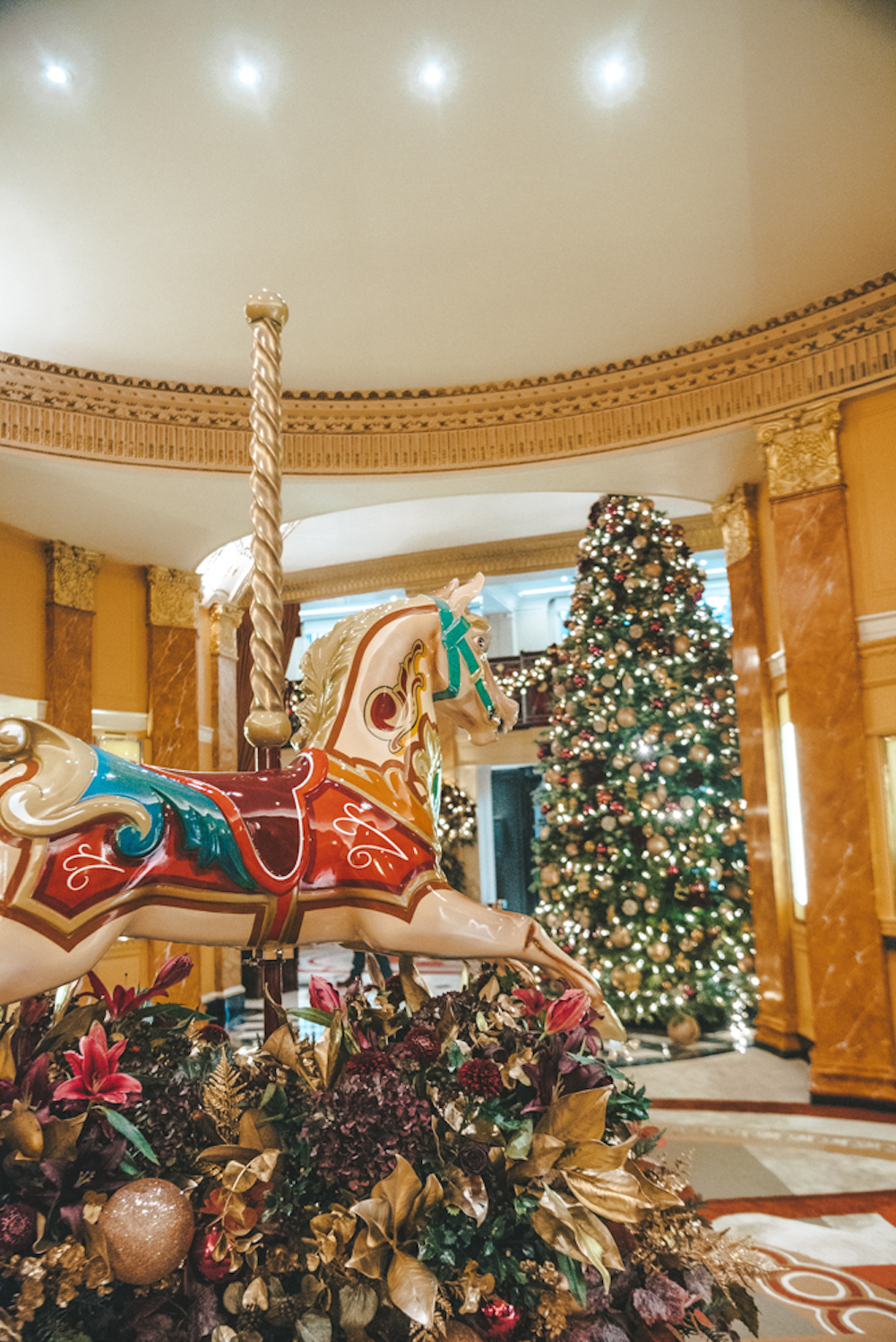 One of the most photogenic buildings in London looks even more beautiful at Christmas time, resplendent with an ice rink, carousel and Christmas tree. Even if you don’t get your skates on you should definitely pop  there for a photo! 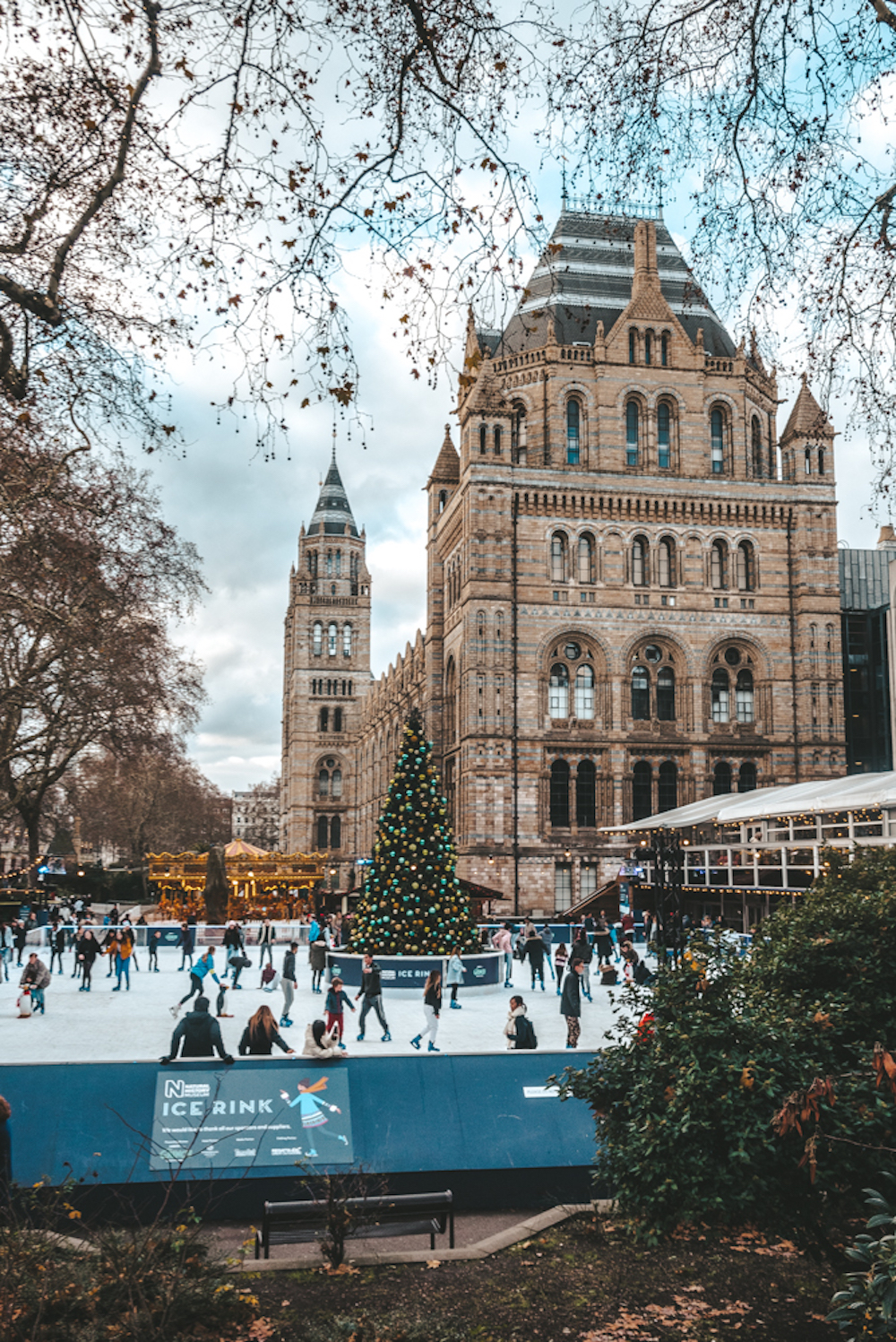 London’s most Instagrammable cafe always embraces the festivities and the pink bakery is transformed into a glittering confection with Christmas trees and festive themed cupcakes. 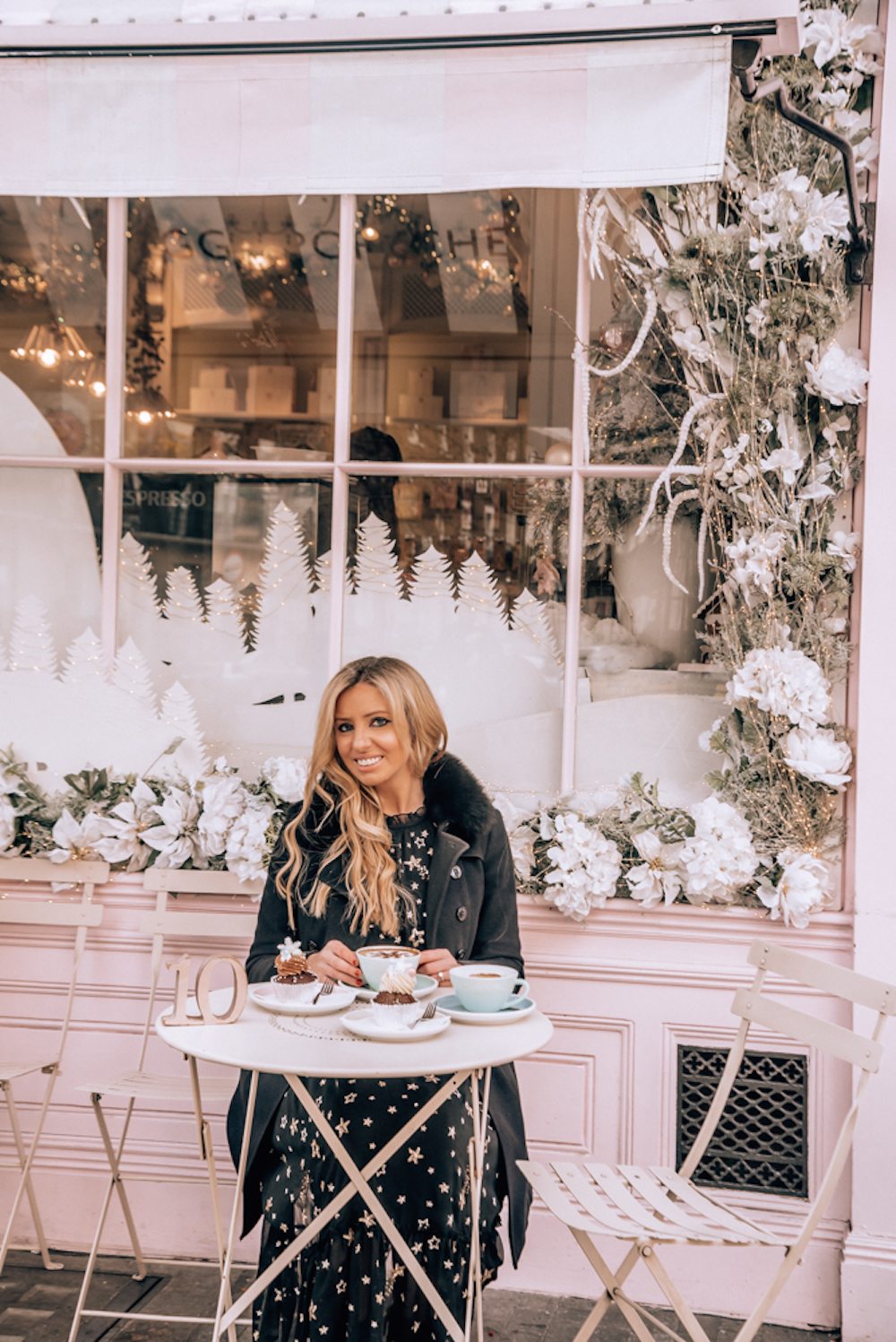 One of London’s most exclusive private members clubs seriously won at Christmas this year with London’s most dramatic displays. A giant Christmas tree adorns the facade and is an unmissable spot on Berkeley Square. 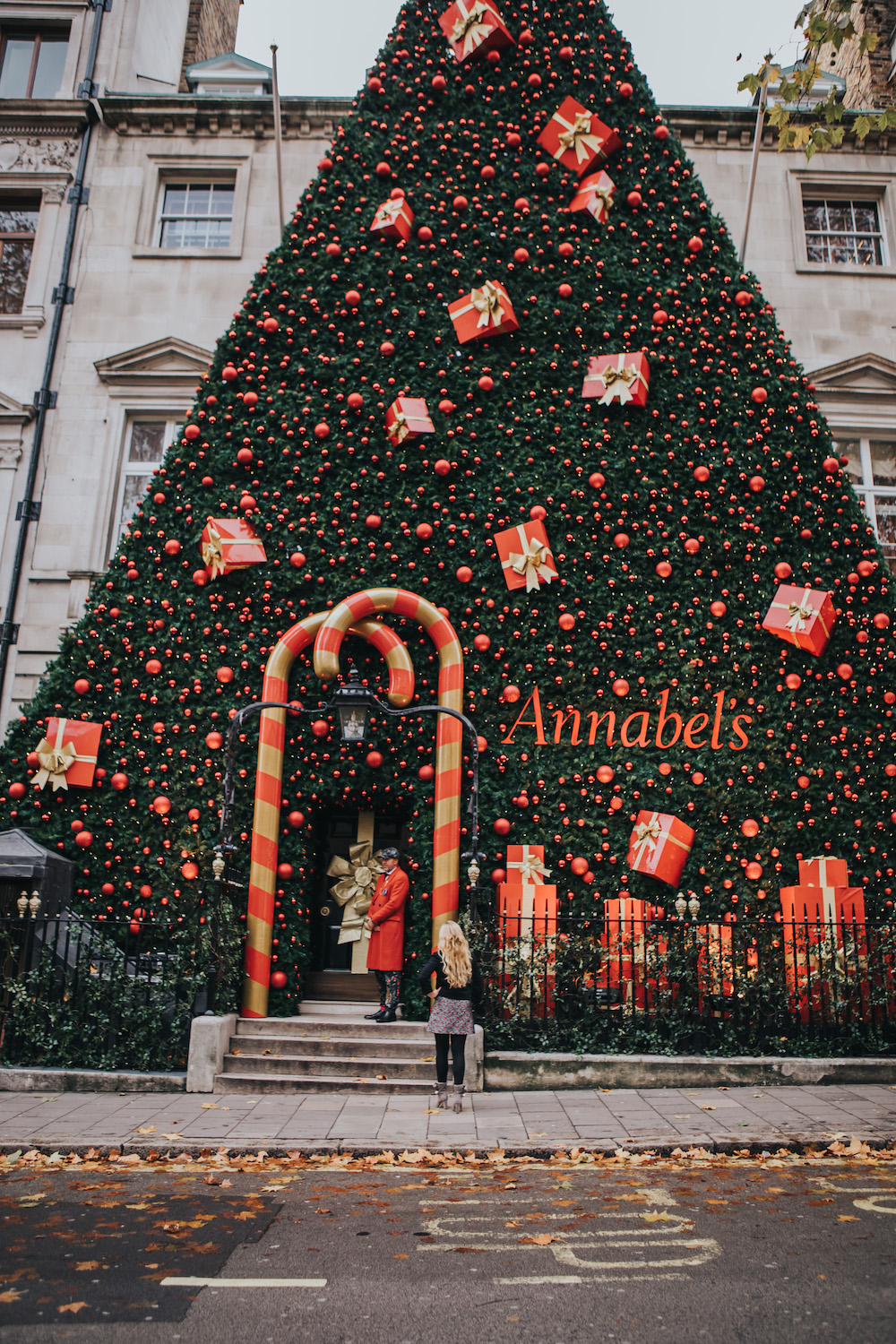 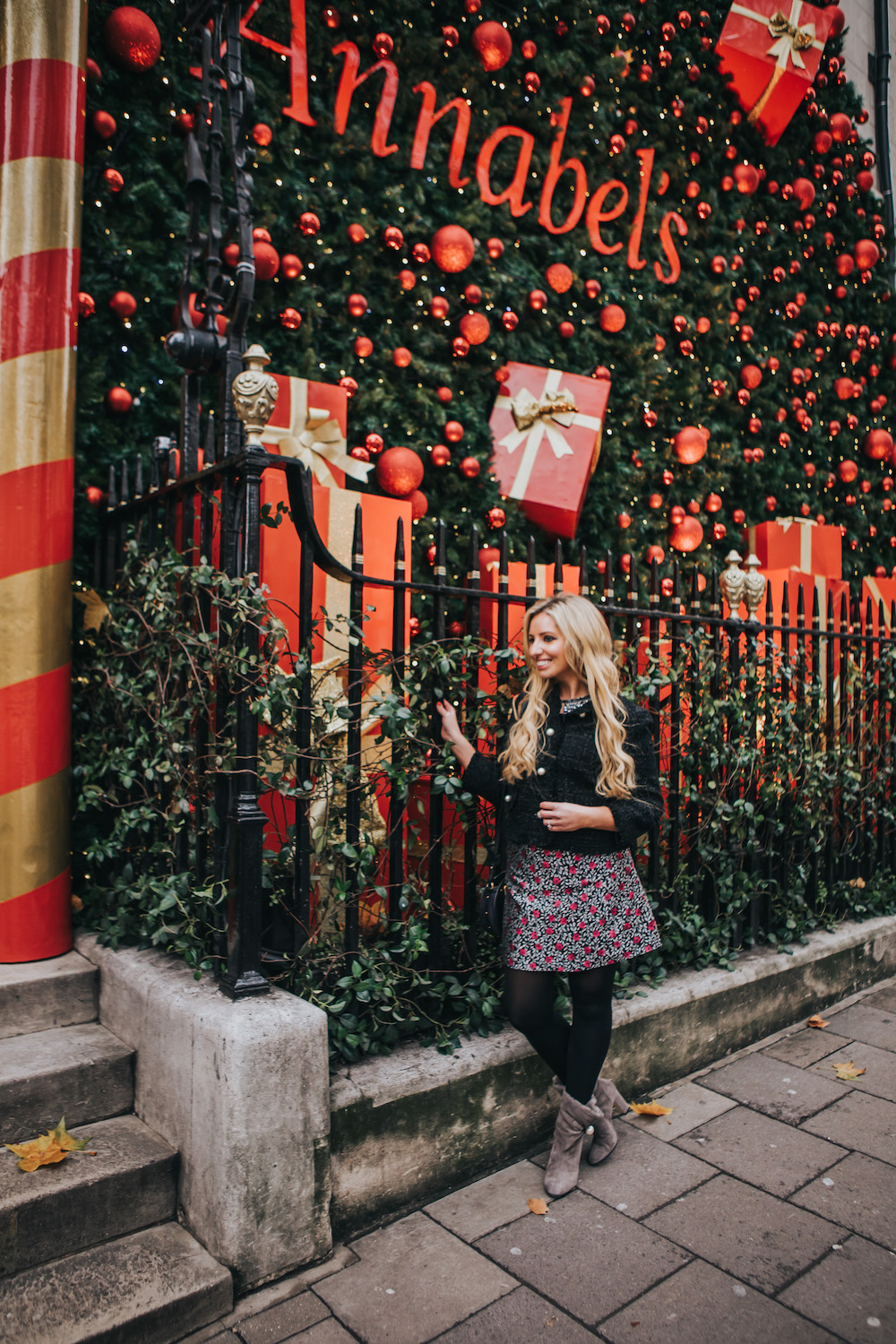 Expect to see this place a lot on London’s bloggers festive feeds!

Clearly who ever looks after the Covent Garden area has cottoned on to how important Instagram marketing is as the different seasonal displays there are some of the best. 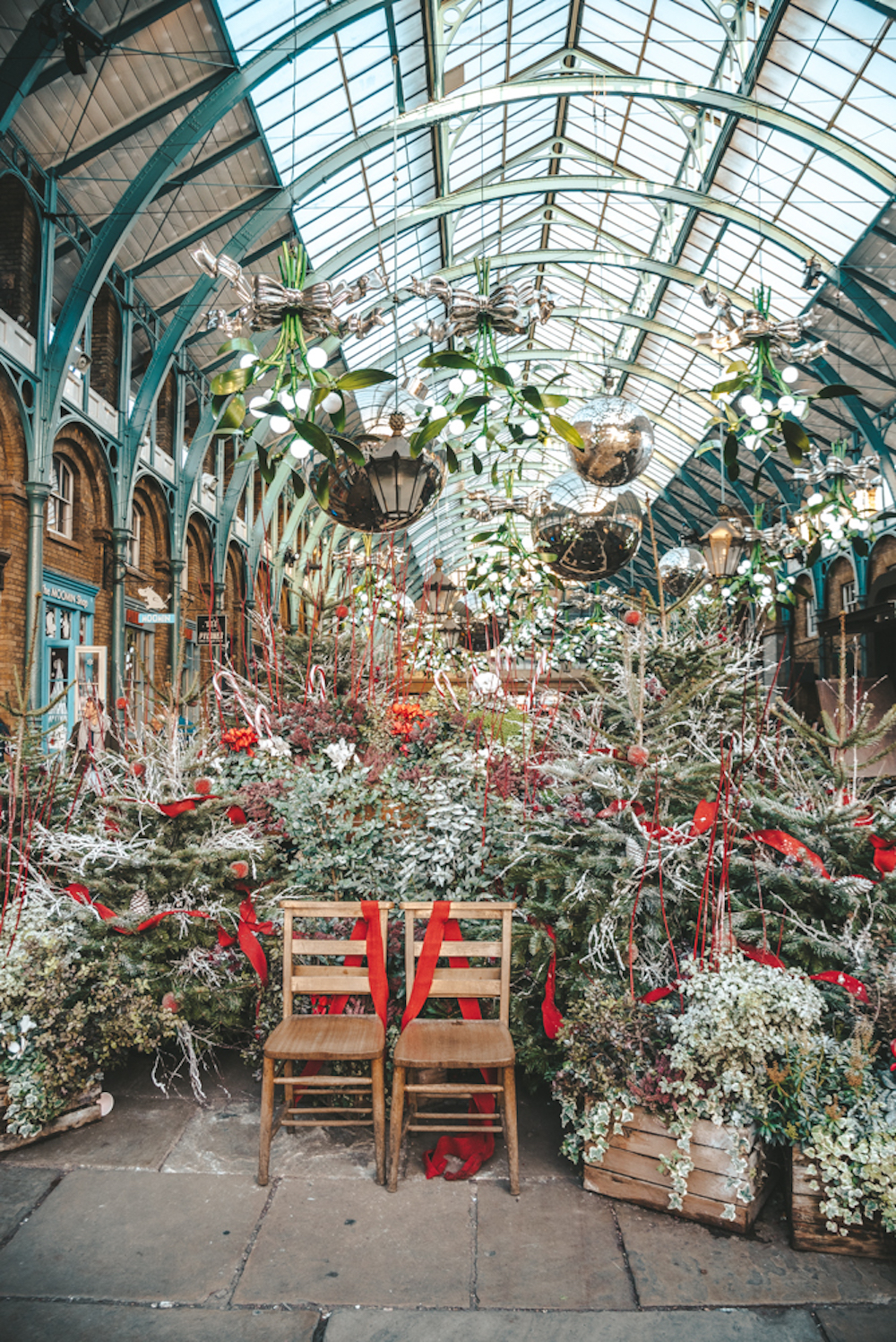 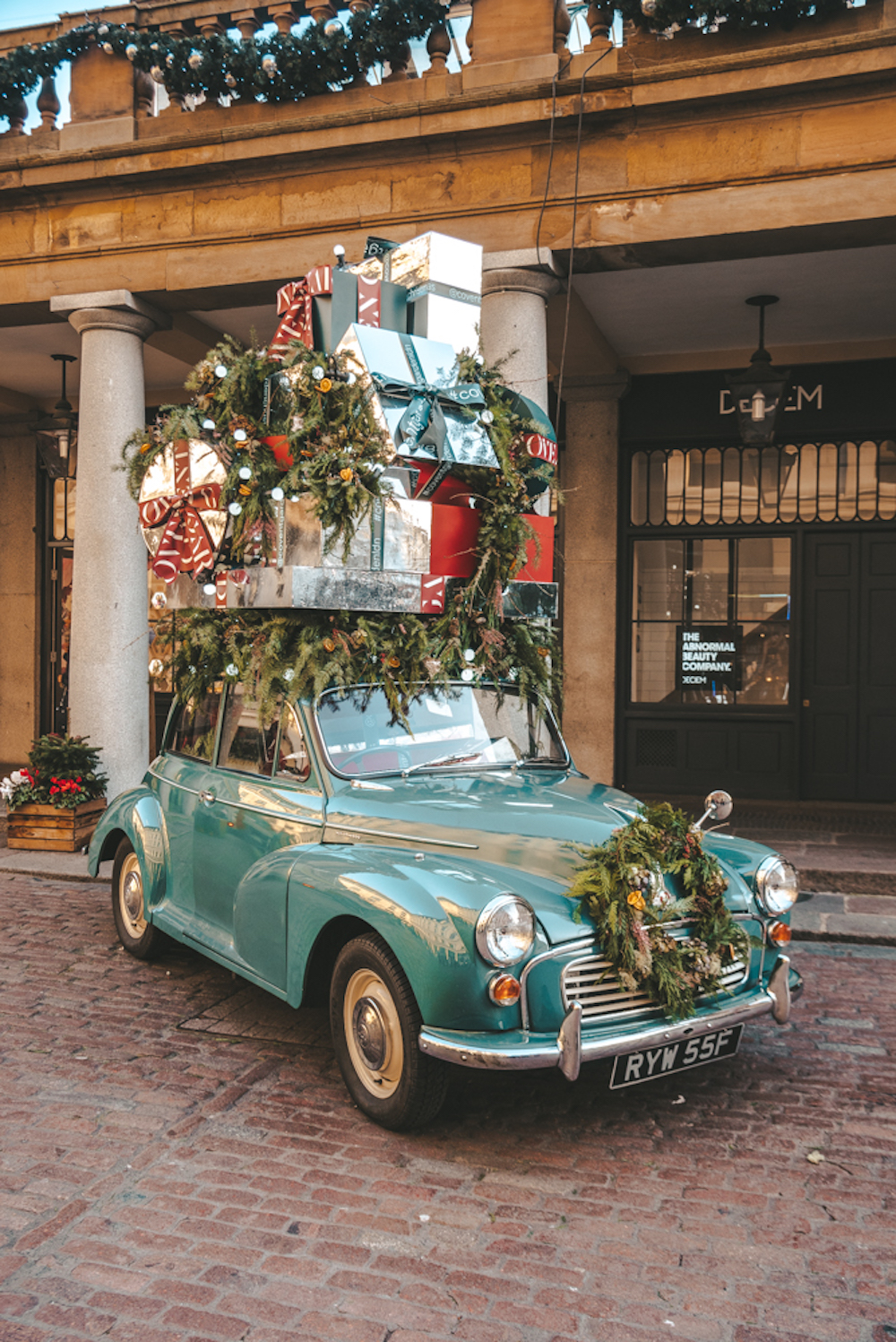 This car piled with presents and the festive chairs surrounded by mistletoe have been two of the most popular installations but there are also giant reindeer and a massive Christmas Tree. A word of warning though, it gets very busy around here.

The Ivy Group have become renowned for their ‘extra’ displays and several in the group can be found adorned with baubles and Christmas Trees. But there is no better restaurant than the Ivy Chelsea Garden, order one of their festive Gingerbread Martini and enjoy the festive facade as the restaurant masquerades as a Gingerbread House. 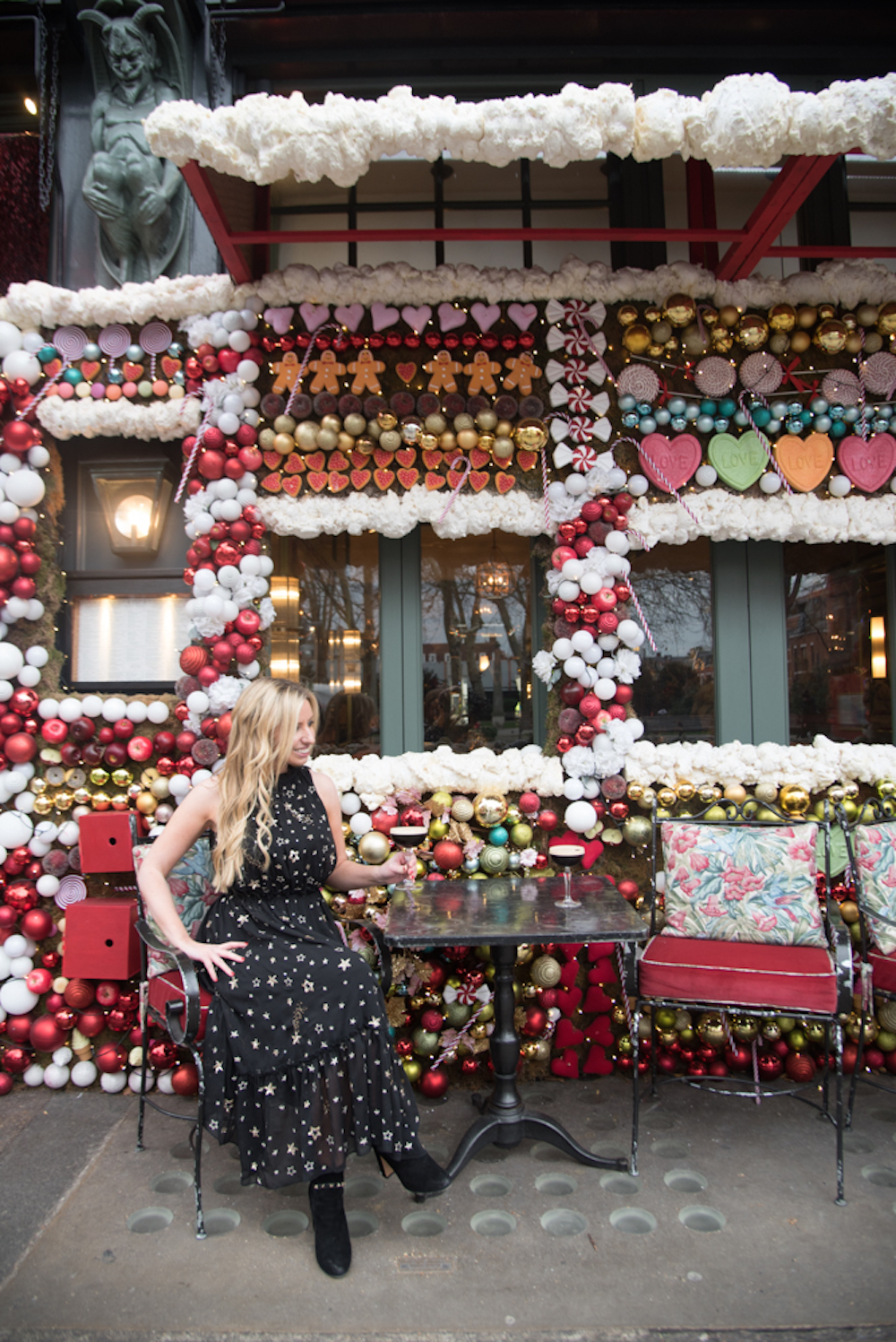 There’s no London department that says Christmas quite like Fortnum & Mason especially as their hampers have become such iconic gifts. The window displays are some of the most beautiful in London and step inside to see the stairs covered with golden baubles. 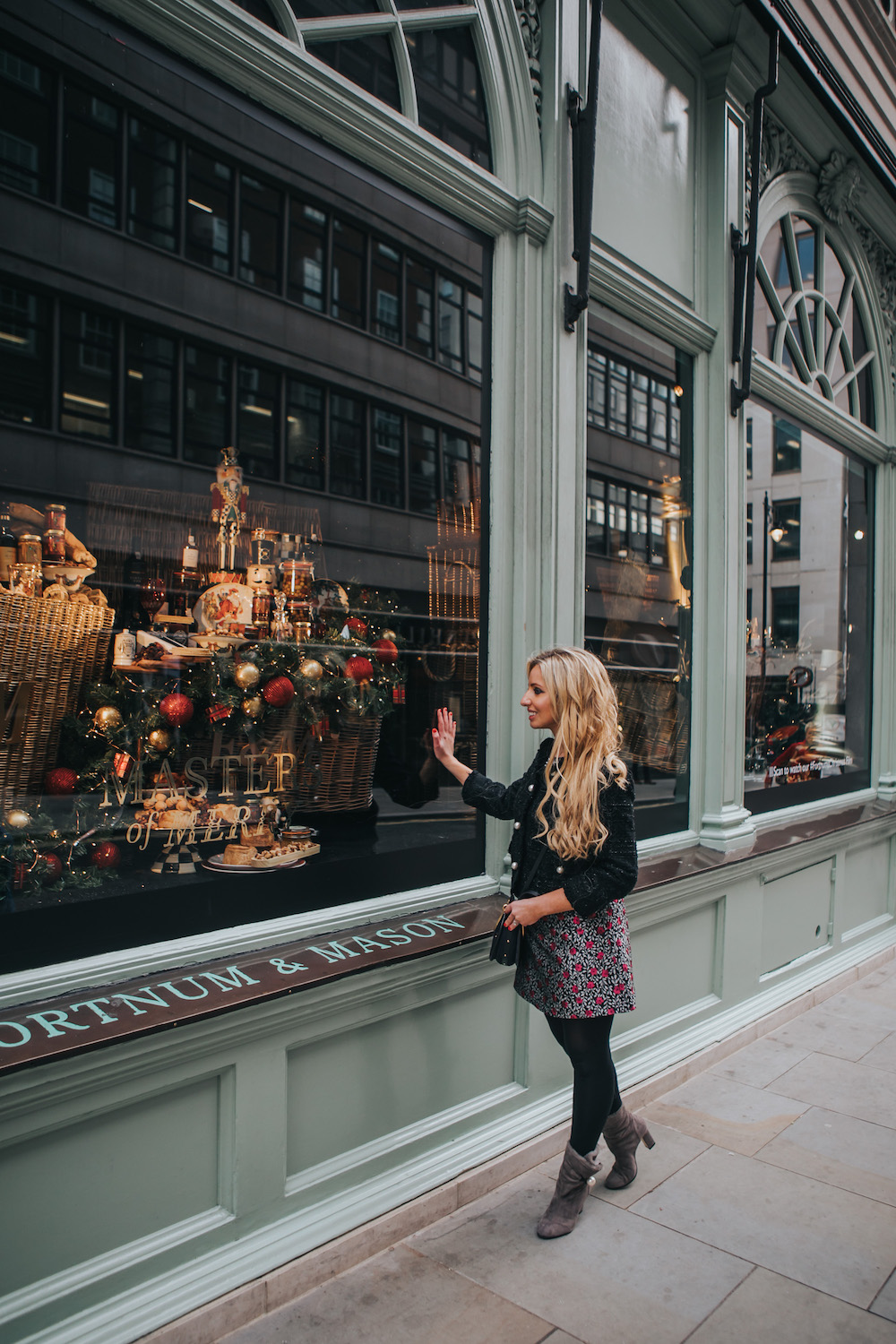 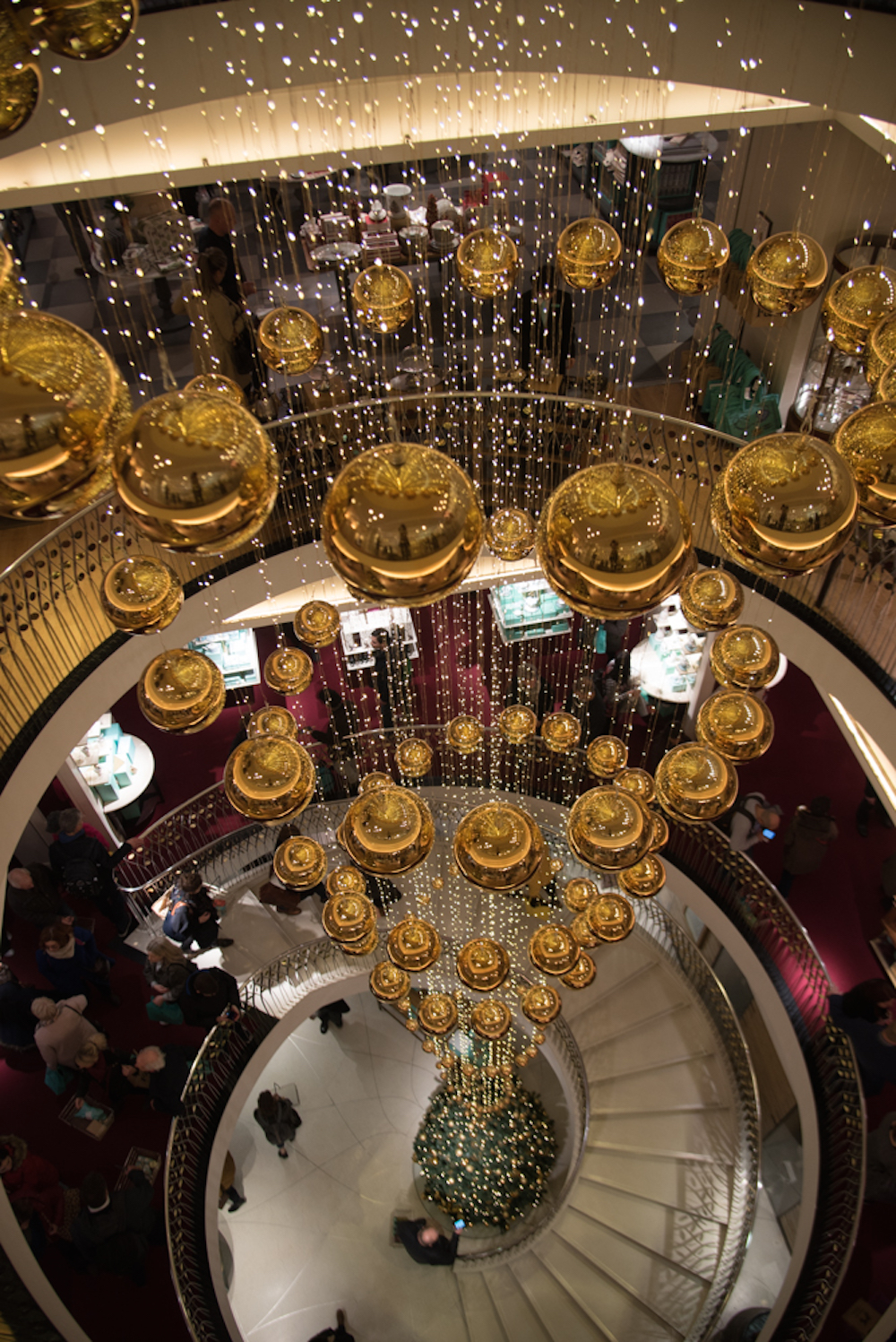 If Annabelle’s wins at Christmas on the outside, Sketch wins the prize for best interiors. One of London’s most famous restaurants with the most often Instagrammed interior, sketch has been transformed into a magical grotto for Christmas. 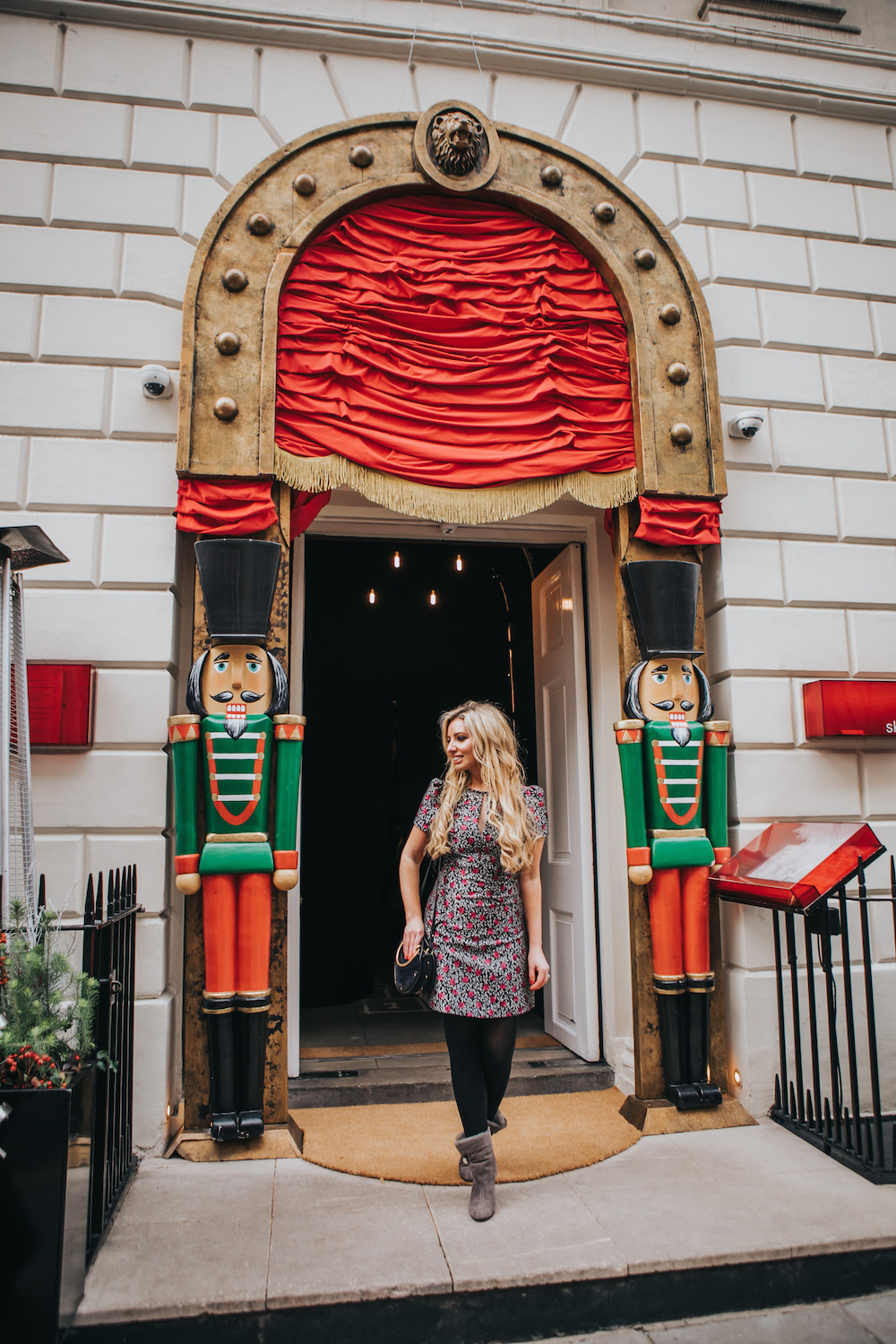 Outside are the cutest Nutcrackers while inside is a cornucopia of surprises and art installations. Be sure to check out the famous egg shaped loos that have been wrapped up as Christmas presents. 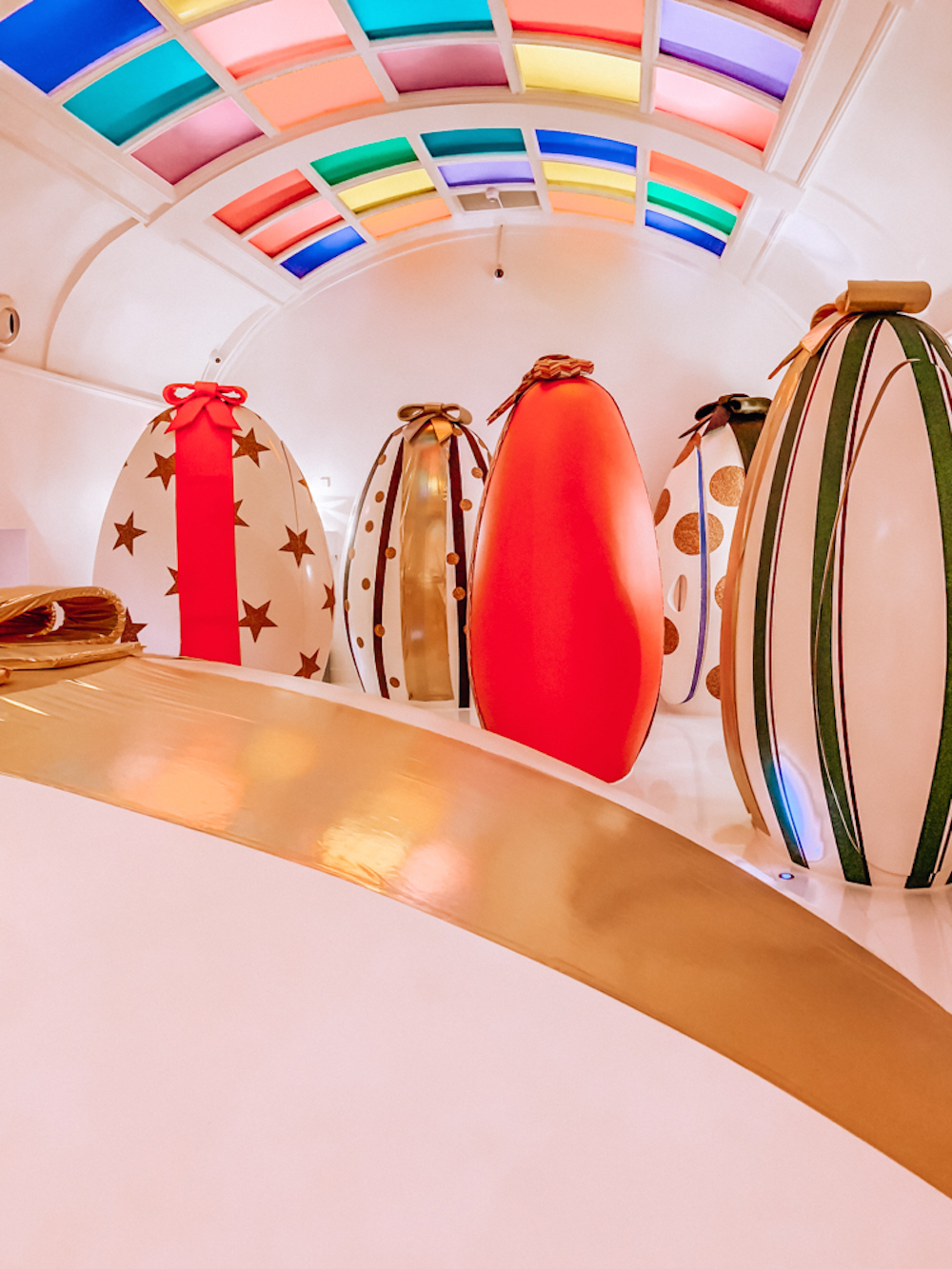 Mayfair is one of London’s most affluent areas and it’s no wonder that you can find some of the prettiest decorations just by wondering up and down the streets. A few spots to look for as follows: 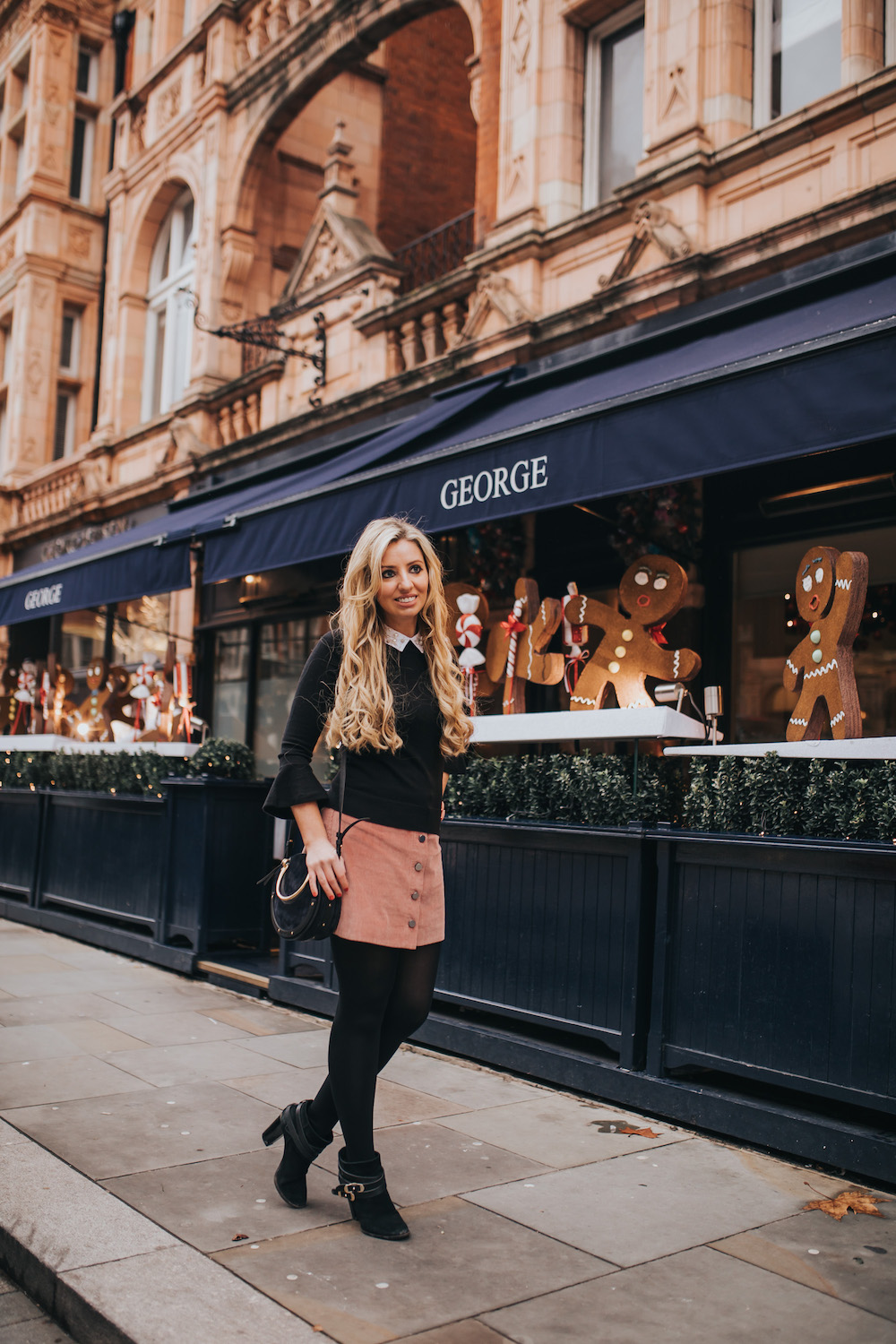 Private members club, George which has cute gingerbread men outside. 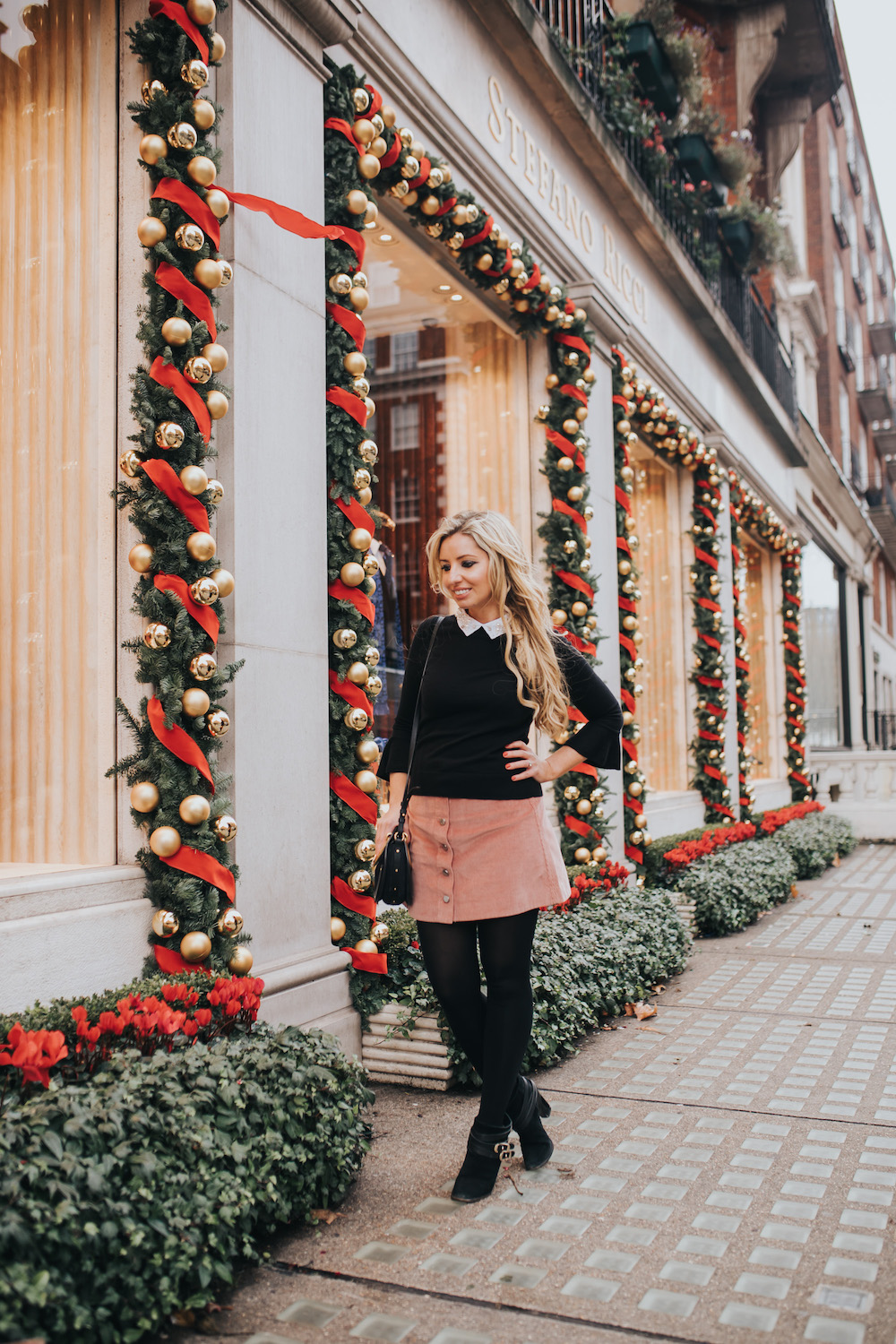 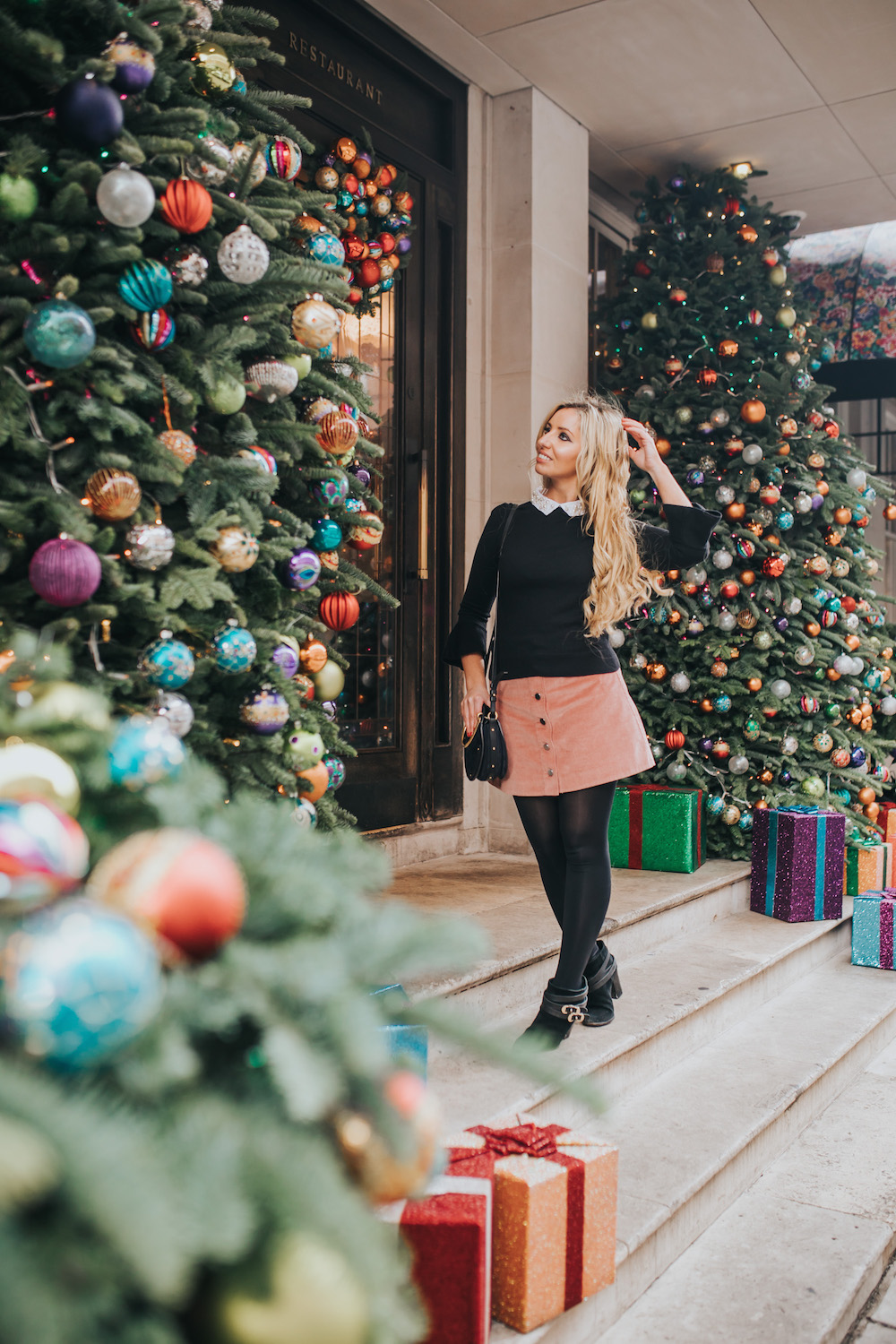 And 34 Restaurant with it’s double Christmas tree laiden with presents.

One of London’s most Instagrammable streets. The shops and restaurants pull out all the stops all year round and you can always expect gorgeous seasonal displays. FYI Peggy’s is also on Elizabeth Street but I thought the famous bakery deserved an entry all of its own. 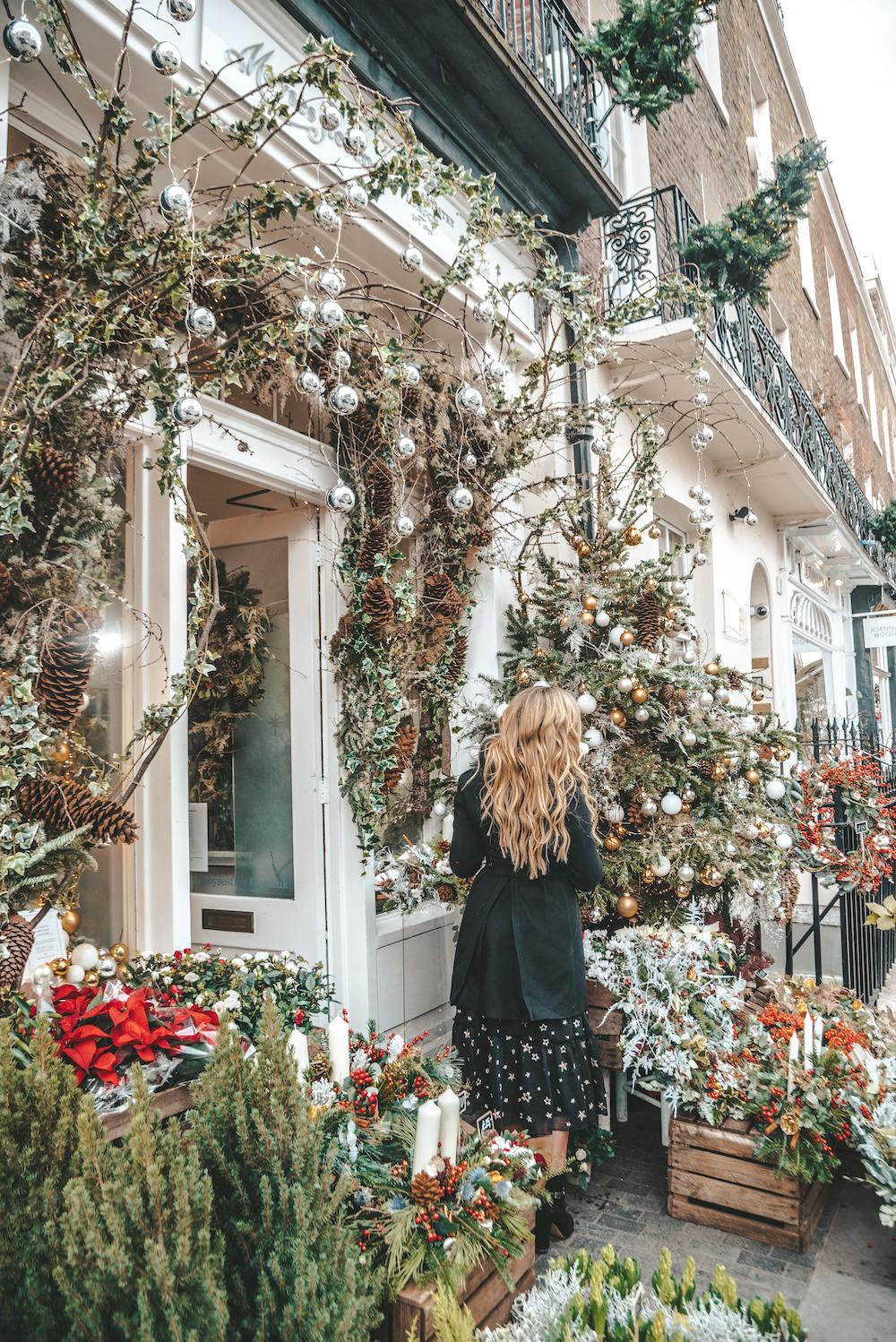 Flower shop Moyses Stevens is just brimming with festive cheer and my photo here actually got the most likes of all my festive photos – yes, even more than Annabelle’s! 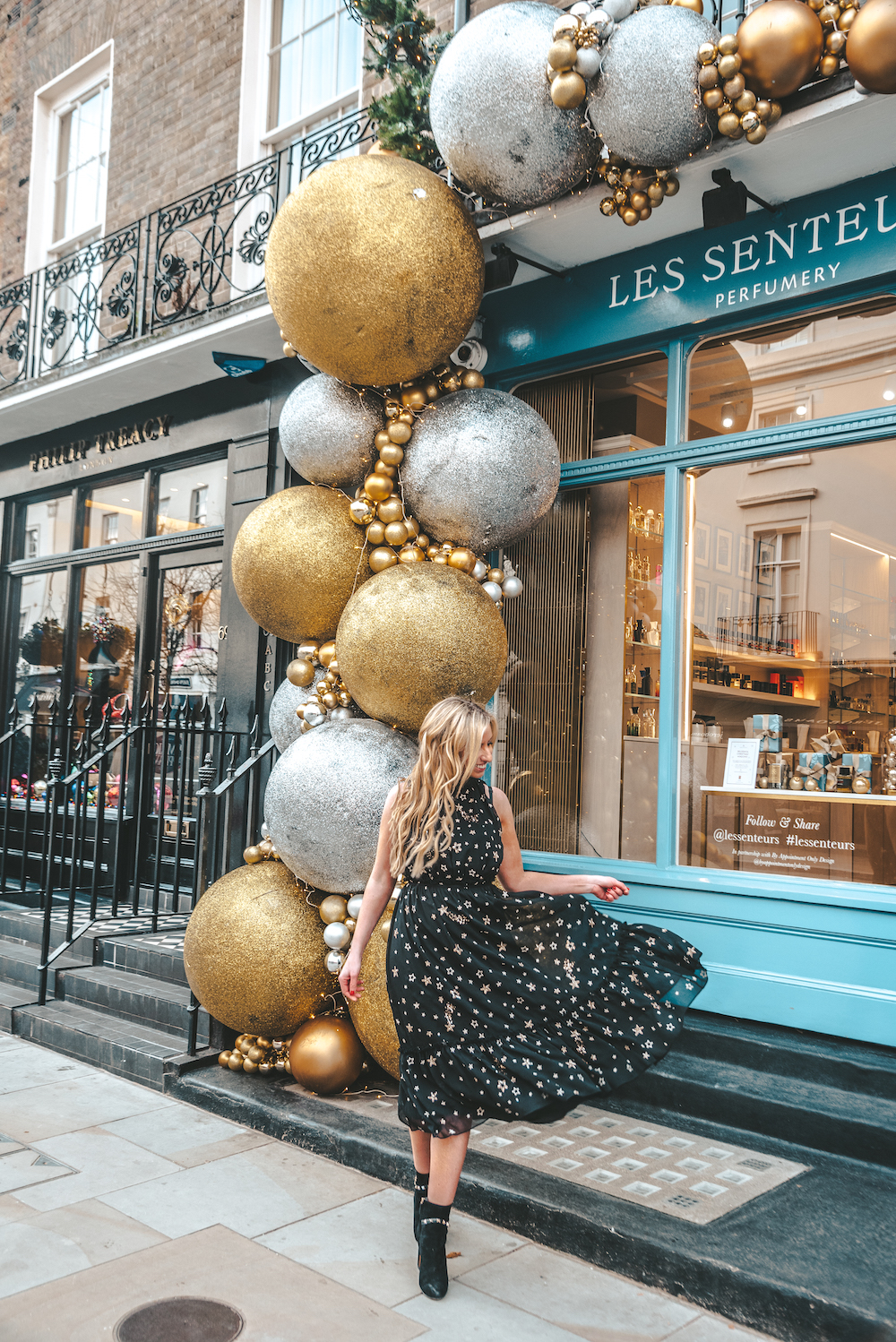 The giant baubles on perfume shop Les Senteurs are in my opinion the best display on the street and totally essential for the ‘gram!

This post is part of a partnership with the Expedia Hotel Edit – a curated selection of some of the best hotels. You can read my latest post, hotels near European Christmas Markets now! 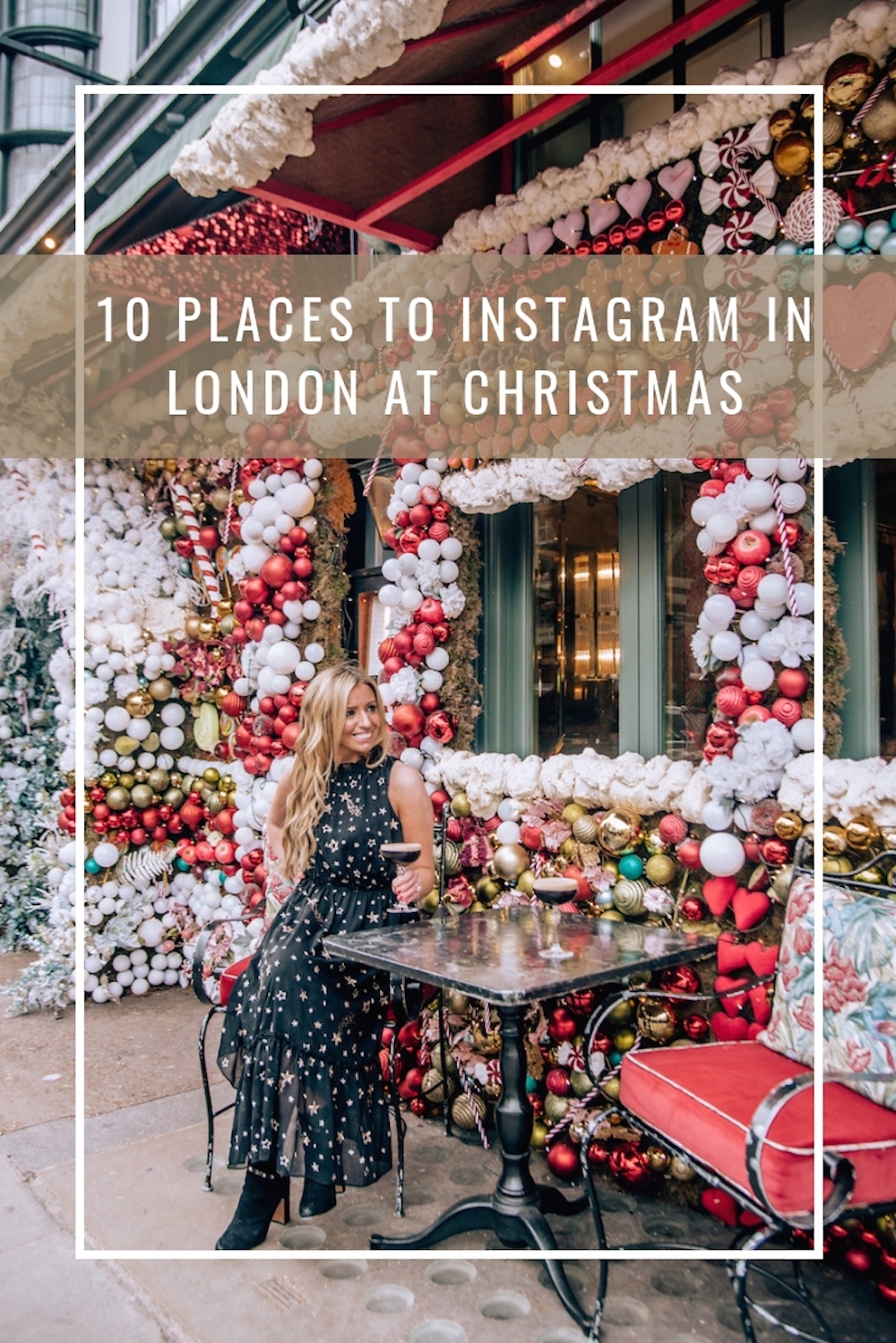