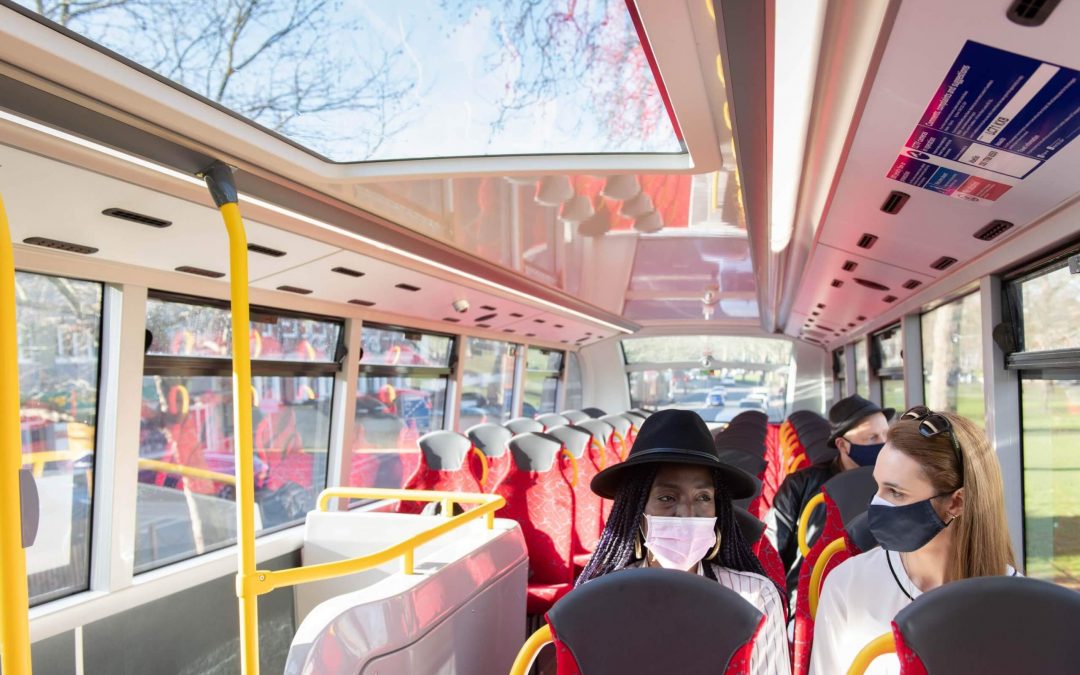 New buses featuring sunroofs, USB chargers and mobile phone holders are “vital” to get people out of their cars, according to public transport bosses in London.

Transport for London (TfL) said the electric vehicles boost productivity and have a more “open feel.”

Instead of vertical poles, handles will be fitted to the backs of seats to provide passengers with unobstructed views.

Digital signs on board provide up-to-the-second travel information, including journey updates and the status of Tube and London Overground services.

The features are aimed at making buses a more attractive alternative to the car.

Department for Transport (DfT) figures show road traffic has returned to more than 90% of pre-pandemic levels, whereas bus use in London is at around 75%.

The new buses on route 63 between King’s Cross and Honor Oak began entering service in December.

There will be a total of 29 once the rollout is completed by the end of the month.

TfL’s director of buses, Louise Cheeseman said: “These brand new buses on route 63 show our ambition to enhance the customer offer, bringing together for the first time a suite of new features that improve everything from comfort to journey speeds, and make buses the obvious choice over the car.

“As we recover from the pandemic it’s vital that our bus network stays relevant and remains an appealing option.

“Continuing our dependency on cars, especially for journeys that could easily be made by bus, would be catastrophic for our health and the environment.”

London’s deputy mayor for transport Seb Dance warned that TfL will not be able to introduce new buses elsewhere without a long-term funding deal from the Government.

Skylights on the top deck

He said: “These new buses will play a significant role in encouraging Londoners back onto our bus network.

“Unfortunately, we will not see more of these buses if TfL goes into managed decline due to lack of funding.

“Investing in these new buses and the wider network is now more important than ever – to both encourage sustainable travel and to support the capital’s recovery from the pandemic.”

The DfT insists it has “repeatedly shown its commitment” to supporting TfL during the pandemic by providing more than £4.5 billion in emergency funding.

A two-week extension to the funding arrangement between TfL and the Government was agreed on February 4.