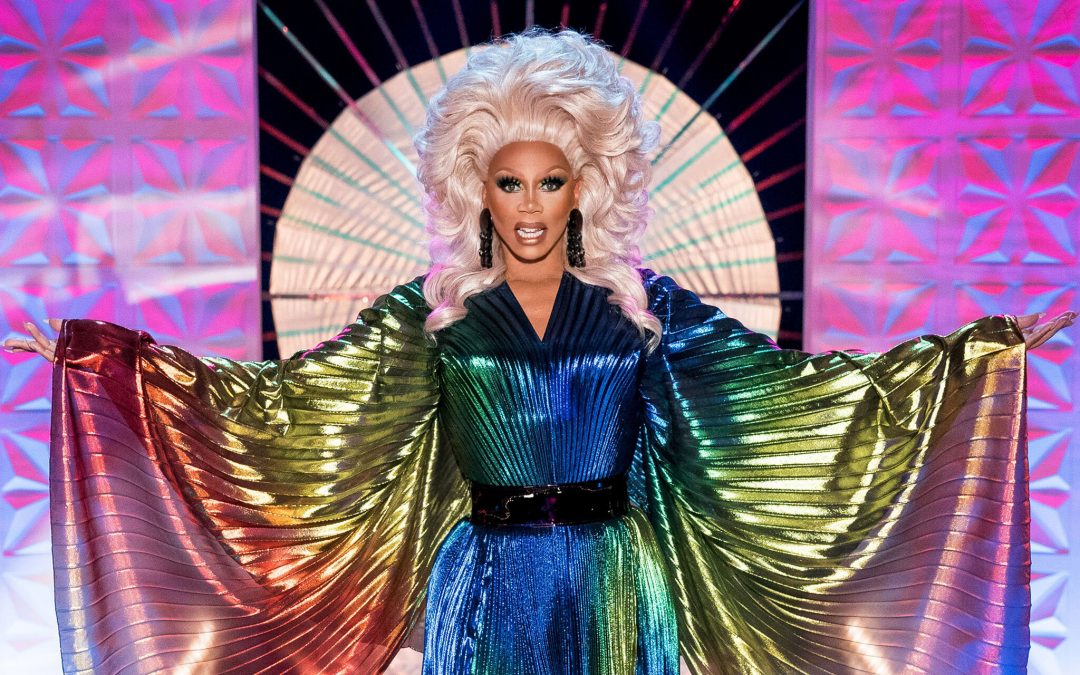 It might be the greyest ever weather outside, but this bevvy of London talent is about to bring the most outrageously bright scenes to the BBC since Pat Butcher’s earrings got struck from the schedule. Ru Paul’s Drag Race UK returns tonight (Thursday January 14 – on iPlayer from 7pm) for a second series of slut drops, lip syncs, tea spilling and a particular shade of British camp humour that gives the US original a run for its money.

Of course we’re buzzing about Liz Hurley being the first guest judge of the series – and for the return of Graham Norton and Alan Carr as regulars on the panel. But what we’re most excited about is a new batch of contestants hailing from London and about to take it to the runway, runway…

With over 66K followers on Instagram (@itstayce) – and Vanessa Vanjie Mateo among them – Tayce could be the one to watch. While she’s representing Wales, Londoners could know her more closely from appearances at Bougie drag brunch or on the stage of UK Drag Con.

Tayce describes herself as a ‘sexy owl’, who looks up to strong divas like Beyoncé and who wants to be the next Tom Jones. She’s also a Gemini, and we all know what that means…

The self-proclaimed Queen of Clapham, Tia Kofi (great name!) also describes herself as a comedy queen, a nice person and ‘an expensive mess’ – all of which we’re very much into.

You may have seen her at the Royal Vauxhall Tavern in its anti-Brexit cabaret Like a Sturgeon: Especially for EU. She’s also one third of drag girl band The Vixens, who have previously graced the stage of London’s Heaven. As for Drag Race, she’s also hosting G-A-Y’s virtual afterparty each week: tune in here.

Miss Sink the Pink 2019, no less, Bimini already has a bit of a following in the big smoke (plus the odd 40k followers on Insta @Biminibabes). You might have spotted them werkin’ the stage at Costa del Tottenham’s socially-distanced Touché shows last summer or at The Glory, fronting club nights as part of double act Bimini & Barbs.

Bimini says they’re east London’s bendiest queen and a ‘non-binary creature of the night’, channeling Pamela Anderson and Vivienne Westwood in performances. Like any decent east Londoner they’re a yoga-loving vegan and social activist. They also have a degree in journalism. If Drag Race doesn’t work out we’ll likely be recruiting Bimini for Time Out.

A femme fatale originally from Lancashire, Veronica Green moved to London to live the musical theatre dream in the cast of ‘Joseph and The Amazing Technicolour Dreamcoat’. She’s also made an appearance singing P!nk’s ‘Get the Party Started’ on Geri Horner-fronted reality dross ‘All Together Now’.

She describes herself as a wallflower who has taken inspiration from comic books – perhaps you’ll have more likely seen her down Gosh Comics than G-A-Y.

By day, London-based fashion designer Le’Boy George; by night A’Whora. This London queen describes herself as her own mannequin for her latest designs – of which, Alexandra Burke is a fan. We bow down.

As well as a bangin’ seamstress, A’Whora is ‘Northern as hell’ and a big fan of Cruella De Vil.

The east London queen with all the moves, Asttina Mandella has been a dancer for Pussycat Dolls, Little Mix and Kanye West, and has appeared on the main stage of Pride London and in Melanie C’s High Heels video, along with a host of Sink the Pink legends.

She describes herself as the baby of Serena Williams and Naomi Campbell, a streetwear fashion queen and yet another of the London contestants who’s a comic nerd. But our favourite thing about her has to be her love of our city: ‘I’m from East London where we love to play on being trashy and be a mess… east London allows you to explore and go crazy with no rules.’ Bring on the on-screen antics.

Find more virtual events for the week ahead.