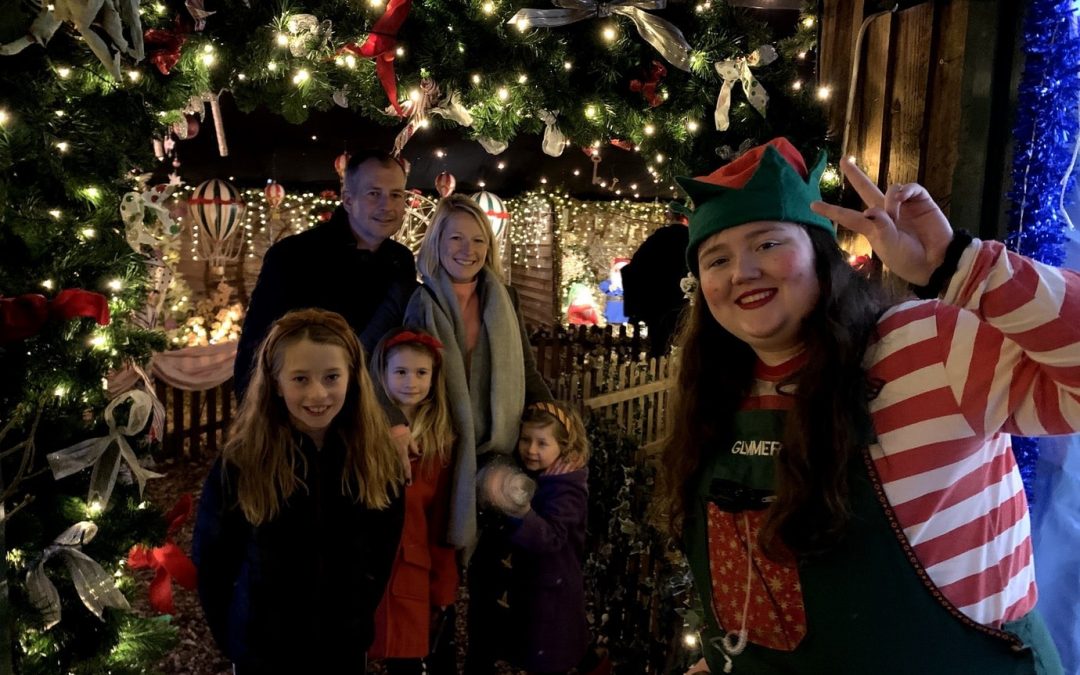 We kicked off the festive season indulgently early, with our annual trip to Willow’s Activity Farm’s Santa Spectacular. This the third year we have been to the Santa Spectacular and our three daughters, now aged 9, 7 and 4, enjoy it more and more each year. We thought perhaps our eldest daughter, being nearly ten and growing up rapidly, would decline the invitation this year, but she jumped at the opportunity. We visited Willows Activity Farm on the opening weekend of the Santa Spectacular and it was delightfully quiet, with no queuing at all. We arrived mid afternoon and headed straight to see Santa stopping off for a quick fairground ride on the way. We weaved our way through beautiful Christmas displays and glittering paths, until we were greeted by a super friendly elf. We were led into a warm cosy room where we met Santa Claus. The children had a lovely chat with Santa, discussing their favourite gifts and planning what they would leave out for Santa and his Reindeers on Christmas Eve. Santa presented the girls with a golden key each, and after we said our goodbyes, they were shown to Santas toy shop where they could use […]