Direct a Movie About your Life 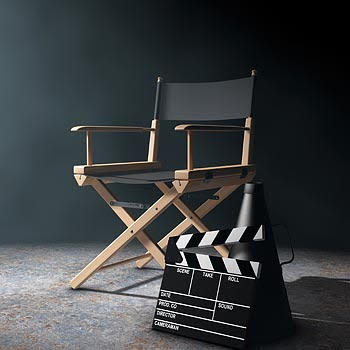 At least once in our lives the ‘who would play me in a movie about my life’ conversation pops up. This experience day is your chance to turn musings into movies! With the help of some of the best script writers in the business your first job is to devise the plot and work out the way in which your story will be told. It doesn’t have to be 100% accurate add some glamour if need be!

Once the script is ready it’s time to decide who gets the honour of playing you in this screen play. Rest assured all the big names in the business will be vying for this role. I mean we know you don’t like to blow your own trumpet but it goes without saying that the lead role will receive an instant academy award nomination. So who will it be? Leo? Meryl Streep? Danny Dyer? The choice is entirely yours to make. Put it this way there’s no one who won’t be picking up the phone for the role you have on offer.

With the cast and screen-play in place you’re ready to start shooting your movie. The filming locations are yours to decide so if you want to add a bit of glitz and glamour to a story that is in reality set in Hastings by moving it to LA – we won’t spill the beans!
After long days on set telling actors when to stand and extensive travelling from one filming location to another – it’s time to reap the rewards of your hard work. It’s time to get suited and booted for your black tie red carpet world premier of your blockbuster movie in London’s Leicester Square. This will be the hottest ticket in town and every famous face will want a place at the screening. You decide who you want to attend the night. Will it be full of Hollywood Royalty or would you much prefer all your friends and family filling the cinema instead?

Once the dye is set after opening weekend and you realise what a smash hit your movie is with both critics and filmgoers – you’ll be pleased to know you get a slice of that success. You will earn a whopping 5% of the films gross earnings so if you pick the right stars to feature in your film you could be in for a very handsome payday!