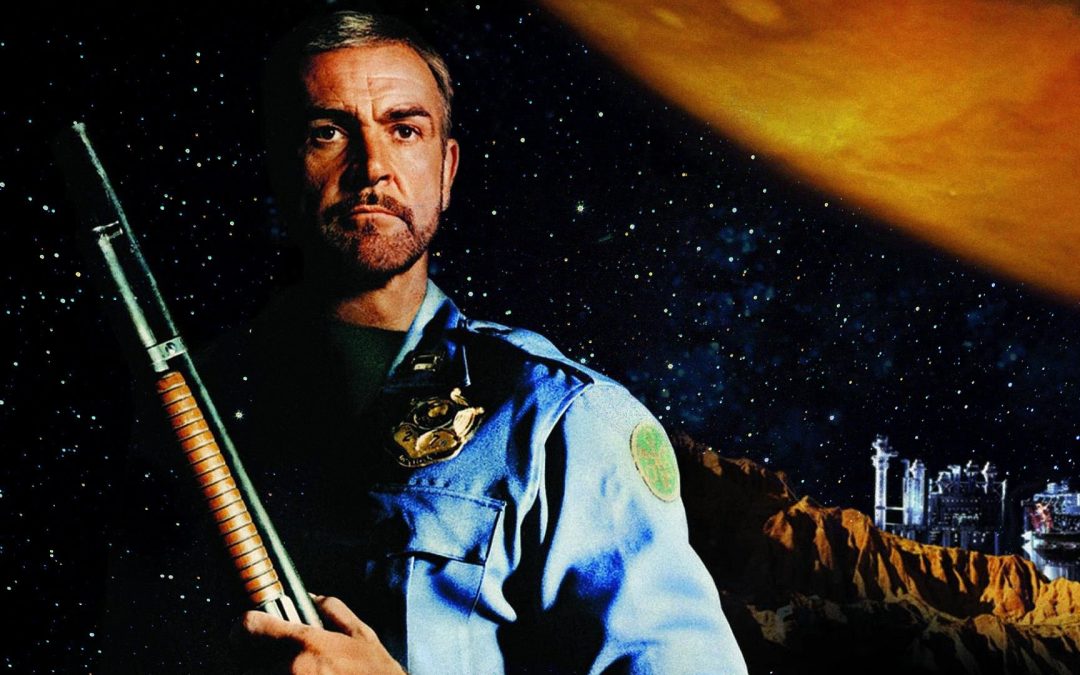 Hollywood tweets pay tribute to Sean Connery, after his death

He was James Bond. He was Captain Ramius. He helped bring down Capone, was the man who would be king and the tough bastard sergeant who endured ‘The Hill’. Today, Sean Connery passed away, but thanks to a wealth of indelible roles and glorious performances, he has already sailed into film history.

From an Edinburgh milk round to Hollywood, via the Royal Navy, bodybuilding, the London stage – not to mention Dr No’s lair – he had a career less ordinary. He finally scored an Oscar with his Irish beat cop in ‘The Untouchables’, got one of cinema’s most unforgettable mullet trims in ‘The Rock’, and left us hoping against hope that ‘Sir Billi’ wouldn’t be his last film role.

His judgment on screen was never less than impeccable: his line readings inspired a billion terrible impressions and he could elevate the more finely crafted material and the worst kind of tosh equally with his craft and charisma.

He’ll be missed by film lovers. He’s already being missed by his collaborators, co-stars and other movie luminaries who knew him and worked with him. From his old mate Michael Caine to Bollywood legend Amitabh Bachchan, here are the tributes they’ve shared on Twitter: 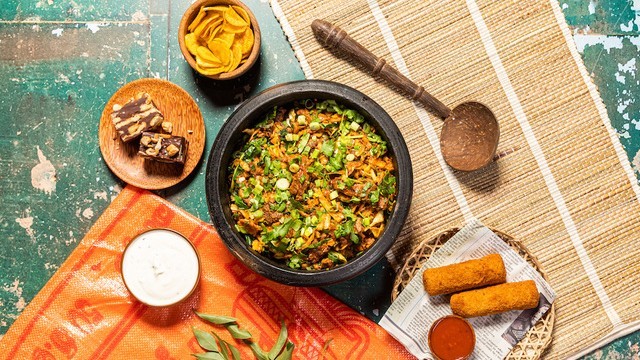 Top Sri Lankan restaurant group Hoppers is aiming to ensure your winter at home is nice and spicy with its latest launch, a ‘corner shop’ supplying spice mixes, ready-to-drink cocktails and DIY recipe kits. Cash & Kari is an online platform said to be inspired by the one-stop corner shops of Sri Lanka and South India.

It’ll be home to Hoppers’ all-new range of recipe kits so that customers can finally whip up the likes of paneer kothu and kalupol chicken in the comfort of their own homes. The DIY meal kits – which will also be available for purchase at the branches of Hoppers in Soho, Marylebone and King’s Cross – start at £30 and can serve between two and four people.

Other items on order from Cash & Kari include snacks and sides – from sambol to roti – spice mixes, bottled cocktails (the restaurant’s White Ruby Punch and Arrack Attack are currently available), beers and spirits, all inspired by the restaurant’s own menu.

Orders must be placed by 11pm on Sunday for delivery the following Friday. And here’s the really good bit: items can be delivered nationwide. So for a taste of what one of London’s best restaurants can do when you’re feeling a bit estranged from the city, you better hop to it.

We tried all of London’s most hyped meal kits. 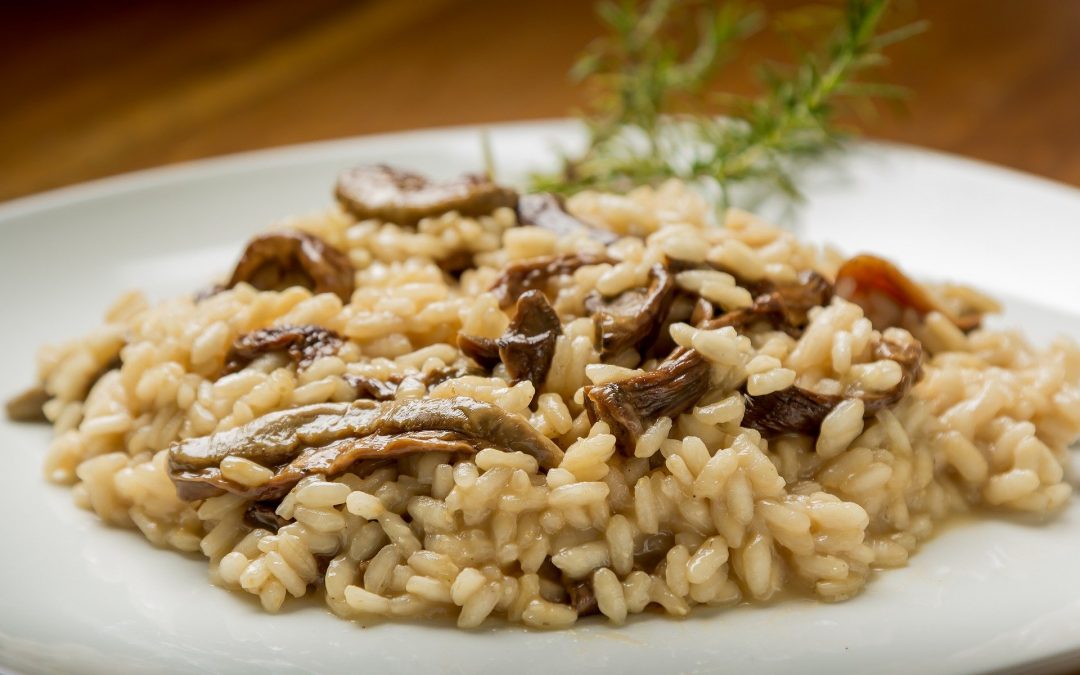 Remember that post where I talked about Italian secondi, (main courses) the unsung heroes of Italian cuisine that are shadowed by the ever-popular pasta and pizza? Well, I’d like to add another dish to that category: risotto! I’ve noticed that many cuisines have their own riff on rice – the Spanish have paella, the Chinese have fried rice and the Mexicans Arroz con Leche. Risotto is rice done the Italian way. ”Arborio” or ”carnaroli” rice is slowly cooked with white wine and broth and finished off with a healthy dose of parmesan cheese.  In addition, it is important to know that Italy is the largest rice producer in Europe, and the Lombardy and Piedmont regions are Italy’s rice bowl. With that being said, I hope you’ll enjoy this mushroom risotto recipe, for one of the most classic Italian dishes!

Risotto is a needy dish! The equivalent of a fussy toddler who requires coddling and a bit of extra attention. It requires a cooking time of at least 30 minutes and you have to slowly add the broth to the rice and stir until is completely absorbed. This process is certainly more complex compared to the quick boil time of pasta. But the slow stirring process is what releases the starch in the rice and gives the dish its signature richness. But I promise that the end result will totally be worth the extra effort. Firstly, risotto is a change of pace from pasta. Secondly, it is also comfort food that is still fancy enough for company. Thirdly and most importantly it is extremely versatile! Once you have the basic recipe down you can add any other ingredients you want.

Put the chicken broth in a medium saucepan and bring it to a simmer over low heat. Add the porcini mushrooms and let them soak for about five minutes. Transfer the porcini mushrooms to a cutting board and chop them finely. Keep the broth warm over very low heat while you make the risotto.

Next, melt the butter and olive oil in a large saucepan. Add the onions and cook until they are softened and translucent. Add the white mushrooms. Sauté until the mushrooms are tender and the juices evaporate, about 5 minutes (add a bit more olive oil here if it looks like your mushrooms are dry). Add the chopped porcini mushrooms, then stir in the rice and let it toast for a few minutes in the pan. Add the white wine and cook until the liquid is absorbed, stirring often (this will only take 2–3 minutes).

Your mushroom risotto is almost ready

Begin to add the broth to the rice: add 1 cup of hot broth and simmer over medium-low heat until it is absorbed (about 5 minutes) stirring often. Continue to cook until the rice is just tender and the mixture is creamy, adding more broth by the cup and stirring often. This will take about 30–40 minutes. Mix in the parmesan, season with salt and pepper to taste, and serve immediately* with extra parmesan cheese on the side. This mushroom risotto recipe makes enough for 4 people. Enjoy!

*Note that is best to eat risotto right away. It does not take well to reheating and isn’t nearly as good cold (I warned you it was fussy!).

Mushroom risotto (risotto con funghi), is one of the most classic autumn recipes, but risotto with pumpkin, saffron (otherwise known as risotto Milanese,) pancetta and peas, shrimp, or lobster (if you want to do something really special) would be delicious too. Use your imagination! Happy eating! Leftover risotto, if there is any, is great for making suppli’ though!

One of the first cities my daughter visited (where she tested out the acoustics of the cathedral as only a small child can), there are so many thing to do in Winchester with kids that we’ve been back time and again….

The post Things to do in Winchester with kids appeared first on mummytravels. 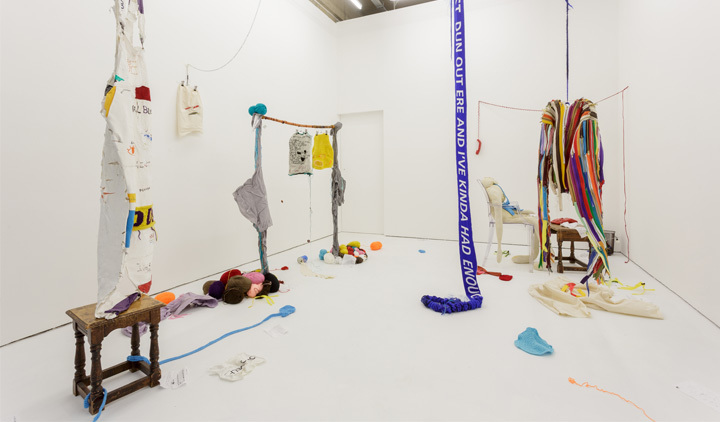 Somerset House isn’t just home to an ice-skating rink and a really fancy place to learn about art history, it’s also full of artist studios. Normally, once a year, Somerset House is given over to the practitioners who call the building home (or studio, at least), but this isn’t a normal year.

So instead, on November 12, the whole shebang is moving online. Which is great, because a) you don’t have to walk across Waterloo Bridge with its perpetually sideways rain, and b) you can take it all in from the comfort of your designer armchair, or Ikea stool. This year, there’ll be five new commissions by artists, writers and musicians Aida Amoako, DeForrest Brown, Jr., Josiane M.H Pozi, Rian Treanor and Tyreis Holder, plus stuff by the wider community of Somerset House artists. Expect performances, DJ sets and collaborations, many of which will be livestreamed from Somerset House itself.

Find all the info you need right here.