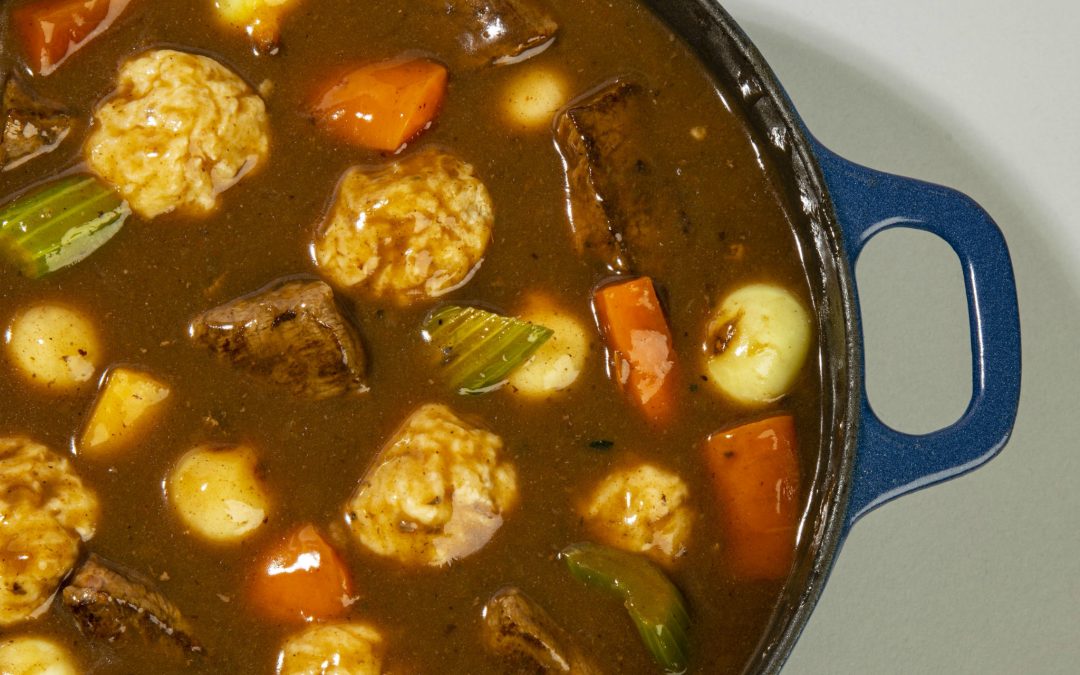 What’s the secret ingredient to making a perfect soup? We asked some of London’s cooks just that: what’s the thing that makes their most iconic soup taste so damn good? Their answers may surprise you, but follow their guidance and they will almost certainly lead to you to stew nirvana.

(Of course: remember that many of these restaurants are struggling at the moment so if you can support them by buying merch, takeaways, produce or meal kits then definitely do.)

‘We add a tiny bit of monosodium glutamate (MSG) to our matzo ball soup. It’s perfect. There’s still a lot of negativity towards the stuff, which I don’t understand, given the overwhelming evidence that it’s completely safe.’ Owen Barratt, chef

‘North African spice mix ras-el-hanout is always really good in soups. If you rub vegetables in it and roast them before adding to the soup it helps deepen flavours.’ Alex Hely-Hutchinson, founder

‘It’s really important to start a minestrone with a good base. Adding a parmesan rind adds umami to any soup, elevating flavours with its saltiness. It’s also a great way to use up something that would normally go straight in the bin.’ David Gingell, chef

‘Dried crayfish is a great way to add umami flavour to this Nigerian soup. We wanted ours to be a dish for everyone so found a vegan alternative: kale and melon seeds.’ Emeka and Ifeyinwa Frederick, chefs and founders

‘When we’re making this veal stew we put star anise in with the sofrito [base sauce] and take it out after the braise. Using it sparingly boosts savoury flavours in the stew without giving it an obvious, unwelcome aniseedy note.’ Nick Bramham, head chef

‘We skim and reserve the fat that floats to the surface. Adding it back in towards the end brings out the essence of the aromas from all the other ingredients.’ Erchen Chang, head chef

We tried all of London’s best restaurant DIY kits. 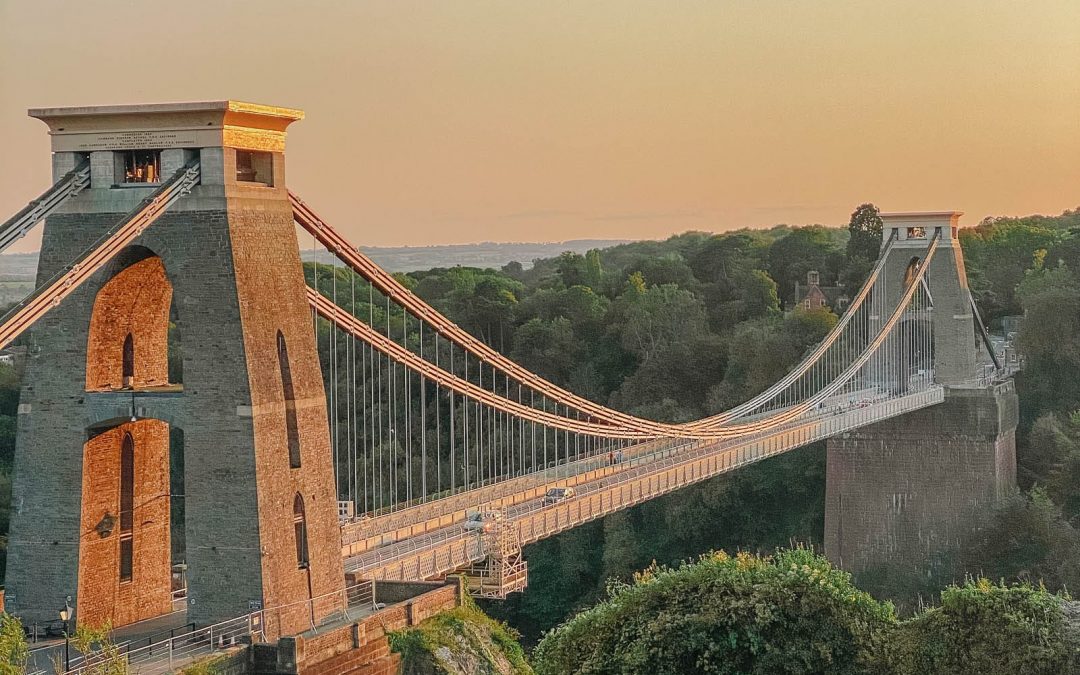 10 Very Best Things To Do In Bristol

The south of England has so many gems to explore! From Roman cities like Bath, the rolling hills of the Cotswolds and, of course, the pretty vibrant and lovely city of Bristol. Perched just shy of the Severn Estuary (about 25-minutes west of Bath) there’s a heap of epic and best things to do in … END_OF_DOCUMENT_TOKEN_TO_BE_REPLACED 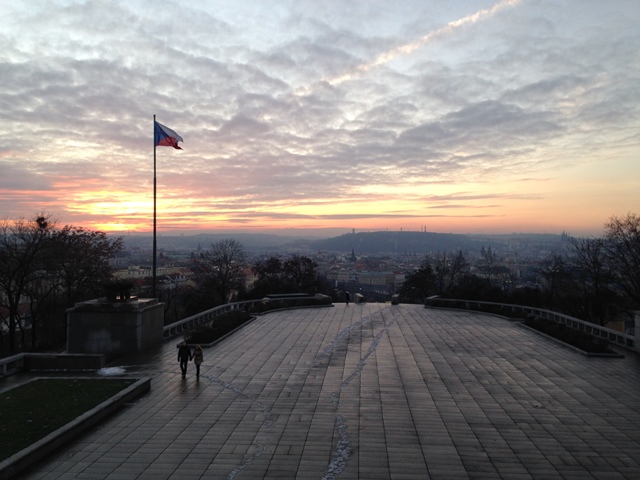 A Visitor’s Guide to Prague Museums

In many ways, all of Prague is like a living, breathing, outdoor museum. Around every corner, there’s some interesting historical tidbit or element of art or architecture. In a city so teeming with history and culture, then, it should be no surprise that it also has a broad selection of museums for a deeper look at the city’s treasures, or just for a rainy day. Here’s our roundup of the 7 best museums in Prague…Due to Covid-19, most of Prague’s museums are temporarily closed. According to the latest news though, it shouldn’t take long before the reopening. So, it’s good to start planning!

Prague’s Jewish Museum is unsurprisingly located in the city’s Jewish quarter of Josefov. It is spread out over a number of buildings so that you can look at Prague’s Jewish history and culture from all sorts of angles. Each building has a different theme. You’ll learn about Jewish traditions and sacred items in one, the history of Jews in Prague in another, and the funeral rites in yet another. The most visited sites within the museum are the famous Old Jewish Cemetery, which you should definitely prioritize on your trip to the Czech capital, and the Pinkas Synagogue, which houses a very touching memorial to the thousands of Czech Jews who were killed in the Holocaust.

Prague’s Museum of Communism is more an entertaining show of communist kitsch than an in-depth look at the actual history. It is still worth it for a few hours of entertainment if you’re into communist history. You’ll pick up something about the way that the regime functioned and see artifacts from across the whole 40 years of communist rule.

The National Gallery at the Trade Fair Palace

The National Gallery actually consists of a number of different buildings with different exhibitions. You can pick and choose based on where your taste takes you. For those interested in modern and contemporary art, the branch at the old Trade Fair Palace is a must. It will wow you with its variety and with its excellent use of the towering space in the building. Most stunning is certainly Alphonse Mucha’s The Slav Epic, a collection of huge paintings by the Art Nouveau master telling the story of the Slavic peoples. You’ll have to buy a separate ticket to get into it, but you’ll leave in awe. If you get hungry while you’re there, their Café Jedna is excellent.

The National Museum is best known for its flagship building at the top of Wenceslas Square. That building though went under reconstruction in July 2011 and is now renovated. Also, if look just across the street from it, You will see the building which used to be home to Radio Free Europe. Back to the main building, however – do you see the holes left in the building’s façade? They are souvenirs of the 1968 Warsaw Pact invasion of Czechoslovakia, and they are left there as a memorial.

Prague’s best known modern art museum is Museum Kampa, located on Kampa Island in Lesser Town. This fairly small museum with a highly impressive collection is perfect for when you want to spend a few hours in a peaceful space, surrounded by art that will really make you think. Have a look back at the museum from across the river at night, so you can really enjoy their row of lit-up yellow penguins.

Even if you’re not an expert in his writing, the Franz Kafka Museum, also in Lesser Town, is one of the most fascinating museums the city has to offer. Kafka was born in Prague, a German-speaking Jew living in the eventual Czech capital; you’ll learn about the inscrutable Kafka himself in addition to the society that surrounded him. Plus, if you’ve ever wondered what it would be like to step inside one of his books, this museum will give you the closest thing you can get to that experience.

National Memorial on the Vítkov Hill

This branch of the National Museum is worth a mention for two things, one downright bizarre and one purely gorgeous. The blocky building that is now the National Memorial at the Vítkov Hill was once a mausoleum but has since been converted into one part of the Czech military history museum. On your visit there, you can see the monument to the unknown soldier and learn a few things about the wars that the country was involved in over the last century. Don’t forget to go downstairs, though, where you’ll find an exhibit dedicated to the body of Klement Gottwald, the first president of Communist Czechoslovakia. In an effort to mirror the Soviet Union’s treatment of Lenin’s body, the authorities tried to mummify Gottwald as well – and at Vítkov, you can hear about how that didn’t work out so well. If you’d rather admire something a little less morbid, you can go to the top of the mausoleum, where you’ll find one of the best views over the city. It’s memorable any time of day, but this is the best place in the city to see a sunset.

The post A Visitor’s Guide to Prague Museums appeared first on Eating Europe.

Some people queue for tickets to Glastonbury – I’m the sort of person who queues for the Fantastic Beasts exhibition at the Natural History Museum in London. Twice in fact… And despite events conspiring to postpone it from the summer,…

Kensington Palace with kids – family day out in London

I’m a big fan of London’s Historic Royal Palaces, but while the Tower of London is one of my favourite places in the city, and my daughter visited Hampton Court Palace before she could walk, somehow we’d never got round…

The post Kensington Palace with kids – family day out in London appeared first on mummytravels.