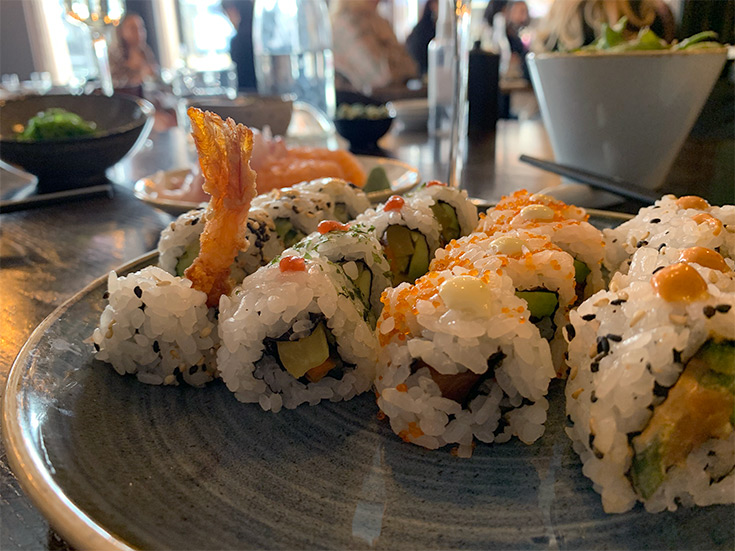 Where can you find London’s only Japanese Bottomless Brunch? As a London food blogger I had the chance to try Issho-Ni’s offer and it doesn’t disappoint! 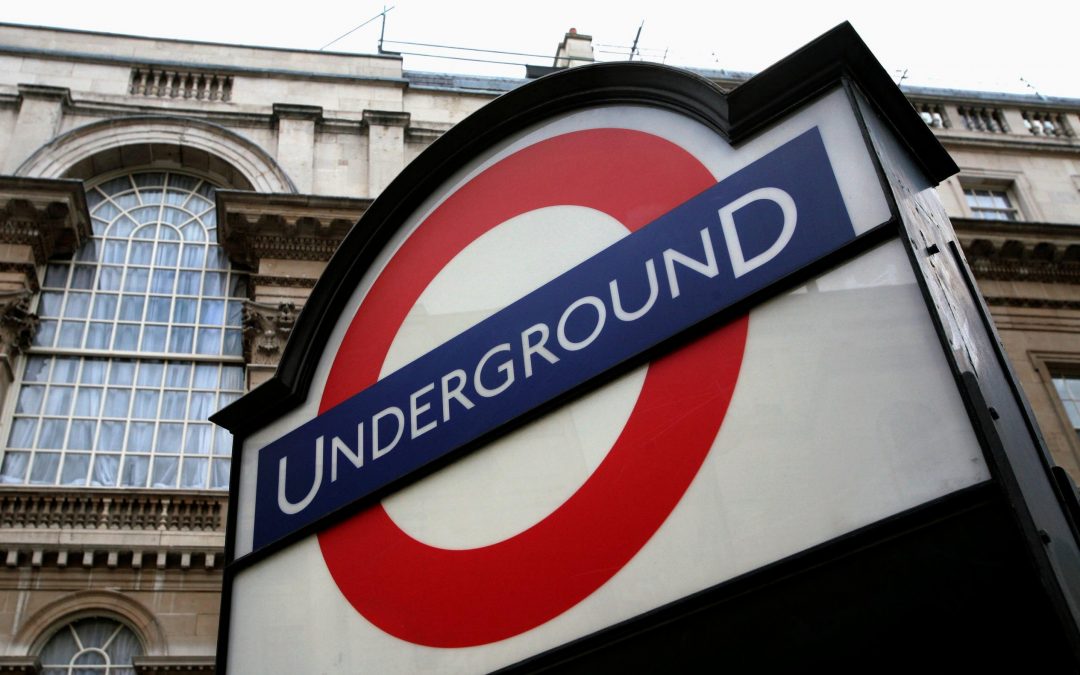 London Alert: Strikes by London Underground workers to go ahead next week

Strikes by London Underground (LU) workers are to go ahead next week after talks failed to resolve a dispute over jobs, pensions and conditions.

Members of the Rail, Maritime and Transport (RMT) union will walk out next Tuesday and Thursday (March 1 and 3), threatening disruption to Tube services across the capital.

The RMT said during talks at conciliation service Acas that it set out a framework which could have enabled the union’s executive to consider a suspension of the action.

The union claimed LU “dragged their heels“ and blocked a route to progress.

‎During the talks, the RMT said LU confirmed its worst fears that “nothing is off the table” in terms of the threat to jobs, pensions, conditions and safety.

RMT general secretary Mick Lynch said: “Our members will be taking strike action next week because a financial crisis at LU has been deliberately engineered by the Government to drive a cuts agenda which would savage jobs, services, safety and threaten working conditions and‎ pensions.

“The sheer scale of that threat was confirmed in talks.

“These are the very same transport staff praised as heroes for carrying London through Covid for nearly two years, often at serious personal risk, who now have no option but to strike to defend their livelihoods.

“The politicians need to wake up to the fact that transport staff will not pay the price for this cynically engineered crisis.

“In addition to the strike action RMT is co-ordinating a campaign of resistance with colleagues from other unions impacted by this threat.”

Acas said it remained in contact with the parties.

Andy Lord, Transport for London’s chief operating officer, said: “It is extremely disappointing that the RMT is planning to go ahead with this action. TfL haven’t proposed any changes to pensions or terms and conditions, and nobody has or will lose their jobs because of the proposals we have set out.

“I hope the RMT will get around the table with us, continue talks and call off this disruptive action, which will cause huge frustration for our customers and further financial damage to TfL and London’s economy when we should be working together to rebuild following the pandemic.

“If the RMT does go ahead with this action, then anyone who needs to travel on March 1 and 3 should check before they make their journey, consider whether they are able to work from home and use alternative modes of transport where possible.

“I understand the frustration this proposed strike action will inevitably cause, and can assure customers that we are doing everything we can to mitigate the impacts. Making journeys will be more difficult if the RMT’s strike goes ahead, so I urge any customers to please be considerate towards each other and TfL staff.”

Halfords is offering commuters the free use of an ebike for next week to help them travel during the strike.

Paul Tomlinson, cycling director at Halfords, said: “With much of central London now well-served by safe cycling lanes, there has never been a better time to try something different to the traditional day-to-day mode of transport.”

London Alert: Strikes by London Underground workers to go ahead next week – Londontopia – The Website for People Who Love London

The three Robbie Williams-owned works are on display now until the auction on March 2, because nothing says iconoclastic street-art rebellion like big-ticket sales at the world’s most famous auction house.

The Now Evening Auction is at Sotheby’s, work is on display until Mar 2. Free. Details here.

Want some more? Here are the top ten art exhibitions in London.

Want some more, but free? Here are the best free art shows in town. 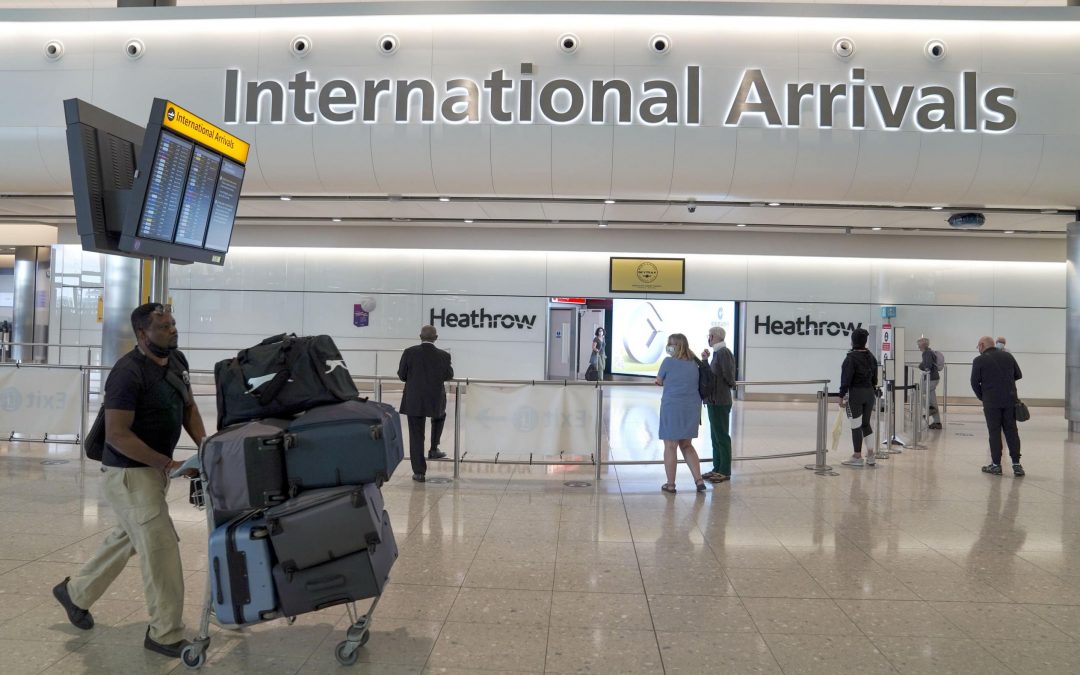 Heathrow has revealed it was the only hub airport in Europe to see a reduction in passenger numbers in 2021, due to the UK’s tougher coronavirus travel rules.

That was down 12.3% on the previous 12 months and represents the lowest annual total since 1972.

The airport blamed its poor performance in comparison with European rivals on the UK’s tighter restrictions on international travel.

Quarantine hotels remained in operation in the UK for several months after they were scrapped in most other European nations, putting many people off traveling abroad.

Later in 2021, the UK was the only country in Europe requiring both a pre-departure test and post-arrival test for all arrivals, regardless of vaccination status.

Cost savings of £870 million were achieved by Heathrow in the past two years, but pre-tax losses still came in at £3.8 billion due to high fixed costs and low passenger numbers.

Bosses said they are hopeful for a strong summer rebound, contributing to 45.5 million passengers using the airport this year, but they reported lower-than-expected passenger numbers in January and February.

Chief executive John Holland-Kaye described 2021 as “the worst year in Heathrow’s history” and said he does not expect demand to return to pre-pandemic levels until around 2025 or 2026.

He told the PA news agency: “I think it’ll take a long time because of course we’re a global hub airport, so it’s not about just the rules for travel in the UK, it’s about other countries as well.

“Today, two-thirds of all the markets we fly to have some kind of travel restriction in place, testing or quarantine.

“To get back to normal we need all of those to be removed and no chance of a handbrake turn with new restrictions being brought in when there are variants of concern.

“I think it’ll take a while still for the pandemic to run its course.”

But Mr. Holland-Kaye said demand is “starting to recover,” and the airport is working with airlines to “scale up our operations.”

Terminal 4 will be reopened by July for the peak summer season when passenger numbers are expected to increase.

Mr. Holland-Kaye added: “We’re excited to welcome more passengers back to Heathrow to experience the joys of travel and get Britain’s economy firing on all cylinders again.” 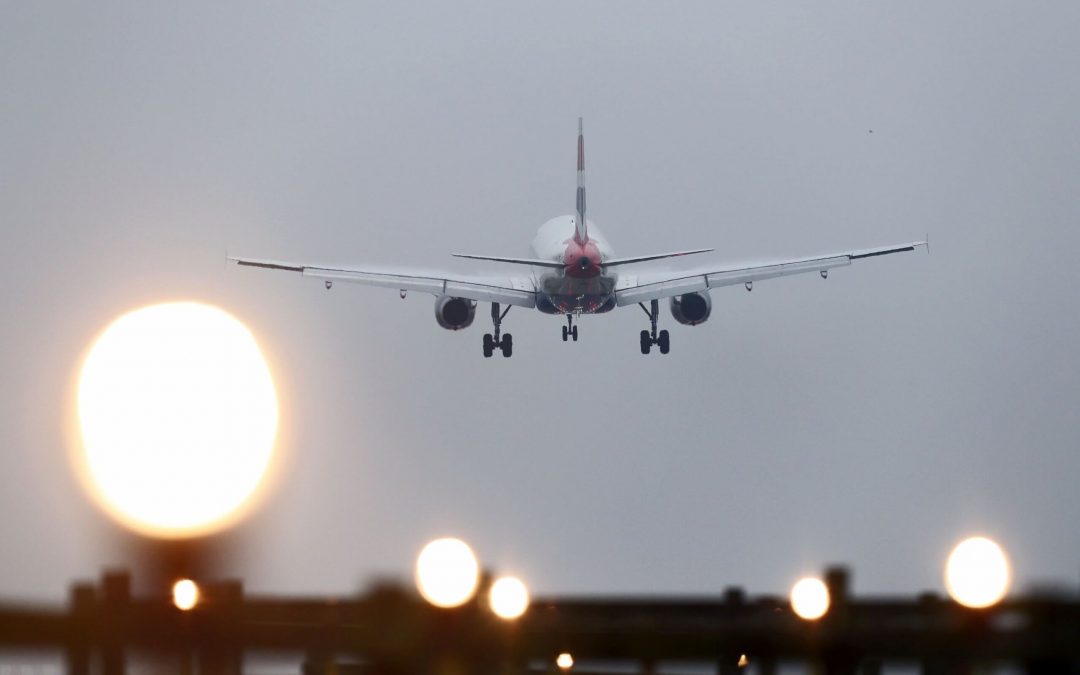 Gatwick Airport has announced it will reopen its south terminal next month, to meet expected strong demand for air travel this summer.

The terminal has been dormant since June 15 2020 to reduce costs during the coronavirus pandemic.

It will reopen on March 27 as airlines ramp up their schedules.

Gatwick made the announcement on the day travel restrictions for people arriving in the UK were eased.

Chief executive Stewart Wingate said: “After an incredibly challenging two years for the airport, our partners, local communities and the entire aviation industry, we are delighted to be reopening our south terminal next month.

“Following some major announcements from our airlines about significantly increased flying schedules, and from Government on removing travel restrictions and airport slot regulations, we can now look forward to once again operating a busy Gatwick this summer and beyond.”

British Airways has previously announced it will restart its short-haul flights at Gatwick from March 29, with 35 European routes operated by a standalone business.

Its sister carrier, Vueling, is adding five new routes and will have three aircraft based at the airport.

EasyJet has also taken up more take-off and landing slots as it plans to run its busiest flying schedule from the airport.

Gatwick described the increase in flights as “positive news” for the local job market, as nearby communities were “some of the country’s worst affected by the impacts of the pandemic”.

It added that the airport and its partners have been “recruiting for some time” but there are still more than 2,000 jobs available in roles such as security officers, IT specialists, engineers, retail and restaurant workers, ground and cargo handlers, and cabin crew.

Rival airport Heathrow reported that demand for flights in January was 57% down on pre-pandemic levels.

That is nearly a four-fold increase on January 2021, when international leisure travel to and from the UK was banned.

But the total is less than half of the 6.1 million recorded in January 2020, before the virus crisis hit the aviation industry.

More than 1.3 million passengers canceled or did not book flights to or from the airport in December and January because of restrictions related to the Omicron variant of coronavirus, according to Heathrow.

Chief executive John Holland-Kaye said: “After a tough Christmas, Omicron has continued to bite, and this has been a weak start to the year.

“As short-lived as the additional travel restrictions were, they ruined the travel plans of more than 1.3 million passengers in the last two months.

“Today’s removal of restrictions for vaccinated passengers in and out of the UK offers a ray of hope, but the Omicron hangover proves demand remains fragile, and at risk to new variants of concern.

“Government needs to set out a playbook for managing future variants that allows travel and trade to keep flowing.”