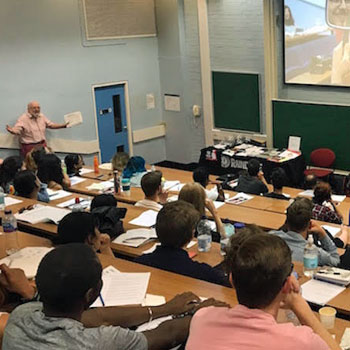 Book your places now for this screen acting school masterclass in London! Whether you’re a budding screen actor drama student or just curious to find out what goes on behind the scenes on screen these one-day screen actors workshops are for you.

The courses take place at a renowned film centre in the heart of London’s Charing Cross district. This particular masterclass around acting for the screen is hosted by Patrick Tucker a successful stage and screen director since 1968 who has also been teaching acting and directing skills since 1999.

The first thing to know is that screen acting is very different from stage acting. On the stage everything runs ‘live’ and in chronological order. On the screen scenes are not shot in order and there are certain techniques directors use when filming that impact on how the actors act – it’s all to do with positions and vocal levels but we’ll just leave it there you’ll find out more on the course!

As well as hearing insights into the world of acting on screen from Patrick he’ll also engage you in group demonstrations and exercises so you can really see for yourself how it all works. There will be lots of filming and reviewing of what you’ve done so you can learn and improve together.

At lunch it’s an opportunity to chat to your fellow students and to network. It’s the chance to discuss projects and collaborations as well as refuelling for the afternoon part of your workshop.

The afternoon session covers various screen acting topics such as casting and auditions including filming and playback. Patrick will also talk you through how to get TV and film work as an actor with time spent on how best to present and promote yourself.

This screen acting school masterclass will prepare you for the real world of acting in front of a camera for film or television. It’s hosted by a well-known film centre that is responsible for the annual British Independent Film Awards and presented by a director with over 400 stage and TV directing credits to his name. 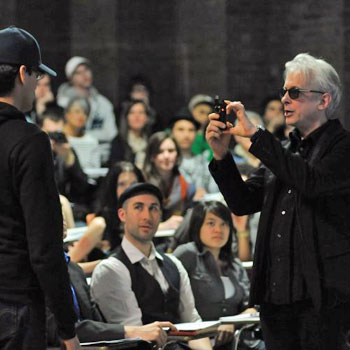 Enrol at the Saturday film school and learn all about the film industry in a day! Held at King’s College in the heart of London’s theatreland on The Strand these one-day courses give you an all-round insight into making films and working in the film industry.

The programme is organised by Raindance the independent film centre in London which organises training courses an annual film festival and the British Independent Film Awards each year too. Its founder Elliot Grove is one of the main speakers at Saturday film school with director Patrick Tucker and compere Dan holds everything together with skill and humour.

The London film school day course is split into four sections. You start at the very beginning by looking at screenwriting and more specifically how you get the ideas in your head out onto paper. It’s fascinating stuff and great to hear from those who are experienced in this field with Elliot himself leading the way.

After a break for lunch it’s over to Patrick who has directed episodes of Brookside Hollyoaks and Angels for television as well as numerous stage productions. The highly-experienced director will talk about acting for camera and the craft of directing. As he says you learn by looking at what a director actually does and what happens before you even shout ‘action’ is what makes a director.

The final session is on breaking into the film industry including how to get work how to get you and your film noticed and how to use social media. Once again this section of the course is hosted by Elliot Grove who is hugely experienced in this realm.

By the end of your day spent at Saturday film school you’ll have learned lots with lots of tips tricks and resources to explore. Students always comment on the energy and positivity around the course praising the refreshing no-nonsense myth-breaking approach of the tutors. Book your place at Saturday film school and see how the movie world really works! 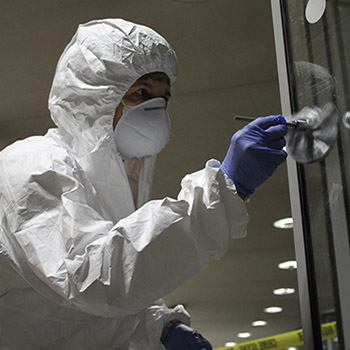 These experiences are based on true crime scenarios and are hosted by law enforcement professionals including crime scene investigators both past and present senior investigating officers crash investigators and major crime detectives. In essence it’s about as real as it gets.

You and your fellow budding CSI investigators will gather at the purpose-built ‘crime centre’. The first part of the experience is all about learning the various techniques used by forensics and investigating officers. From DNA swab collection and blood tests to lifting fingerprints and crime scene photography you’ll be shown just how it’s done using actual CSI kit.

Right on cue a witness walks into the room to tell you about a crime that’s just occurred. You need to get to the heinous scene and use your new found skills to see if you can find out what happened.

The first thing to do is to secure the crime scene with that ‘do not cross the line’ yellow tape don your crime scene suit and pop on your overshoes. There’s sure to be a whole load of evidence that’ll help unravel the crime so time to get to work and be careful not to contaminate!

But there’s more than one crime scene. And they seem to be linked. Make sure you communicate with all the teams on the ground and don’t forget to radio in to control for lab results too. It all feels really real right down to the debrief at the end of the session where you put forward your theories on the crime.

The ‘Ultimate’ voucher that we also offer combines the CSI experience with a ‘Digging Deeper into Forensics’ session. This is where you’ll really get into the nitty gritty of forensic science from how blood spatter marks help you work out how the victim was injured to anatomical indications of the crime weapon used to deal that fatal blow.

If you love shows like Silent Witness Waking the Dead and even grumpy old Vera you will be totally enthralled by these CSI experience days and they’re selling out fast! 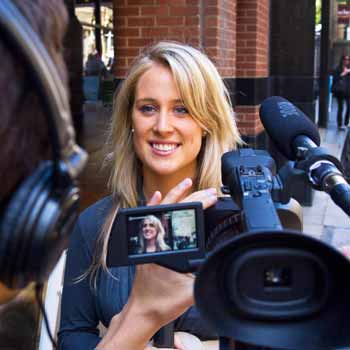 Be a TV Presenter

Have you always dreamed of being a TV presenter? Now’s your chance to shine in front of the TV camera with our half day taster television presentation workshop in London. If you sit in front of the telly wondering if you’ve got what it takes to captivate an audience this course is right up your street!

The courses take place at 3 Mills TV Studios in east London or Aspire Studio in Deptford. The 3 Mills venue is a huge television media and film production and training facility famous for providing studio facilities for many TV shows and films too. Aspire is a smaller TV production studio in the arches near New Cross. Most importantly all the presenters on the courses are current working TV presenters or producers so you will be learning from the people who really are in the know when it comes to being behind the scenes at a TV studio.

All the gear is for real too. Whether you’re doing your first piece to camera talking about the latest showbiz gossip introducing a pop video or interviewing someone you’ll be in a professional TV studio being filmed to produce your very own mini HD showreel of you presenting.

You’ll also learn about autocue – the key to TV presenting – and the skill here is to look and sound natural whilst you are reading your script from the screen in front of you. Doing this for a pre-recorded TV programme is one thing but imagine doing it live in front of a studio audience with confidence flair and style? It’s a whole different media ball game!

Of course the expert TV presenters will be on hand to help you relax into your new role as a television presenter giving you all the tips you need to appear calm collected natural and engaging on screen. All this is whilst expressing your own unique presenting personality and screen presence as you deliver your piece to camera – and it’s all about vocal delivery too!

So if you’ve always wanted to present on TV whether as a showbiz correspondent quiz show host or chat show supremo these television presenting courses in London are the perfect way to get your first taste of life in front of the television cameras to see whether you could be the next Davina or Dermot on the little screen!