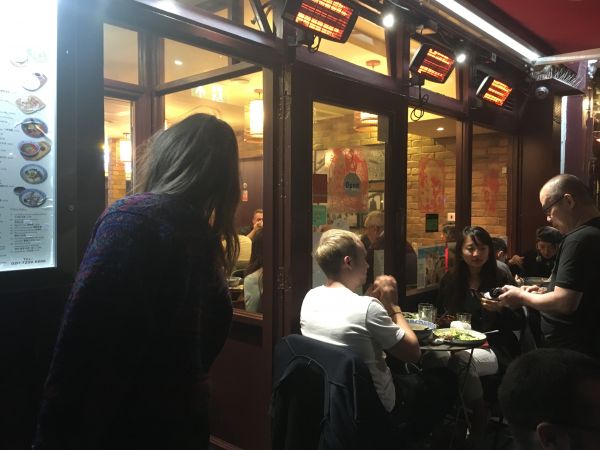 When I first came across this place it almost seemed too good to be true. Hidden in a central London area otherwise full of hotels, coffee chains and seedy bars, a restaurant that is both reasonably priced and delicious is hard to come by.

Master Wei offers food from the Shaanxi region in Northwest China, with a focus on noodles of various shapes and sizes. I’m sure everything on the menu is good but my personal favourites are the sliced potato salad, the cold Liangpi noodles and, of course, the handmade Biang Biang noodles. Go in a group and share as many different dishes as possible. There are also plenty of vegetarian options.

If you’re too full to move then roll next door to the Queens Larder pub for a post dinner drink.

And if you get hooked on the noodles (understandable) then try the sister restaurant, Xi’an Impression, in Highbury. 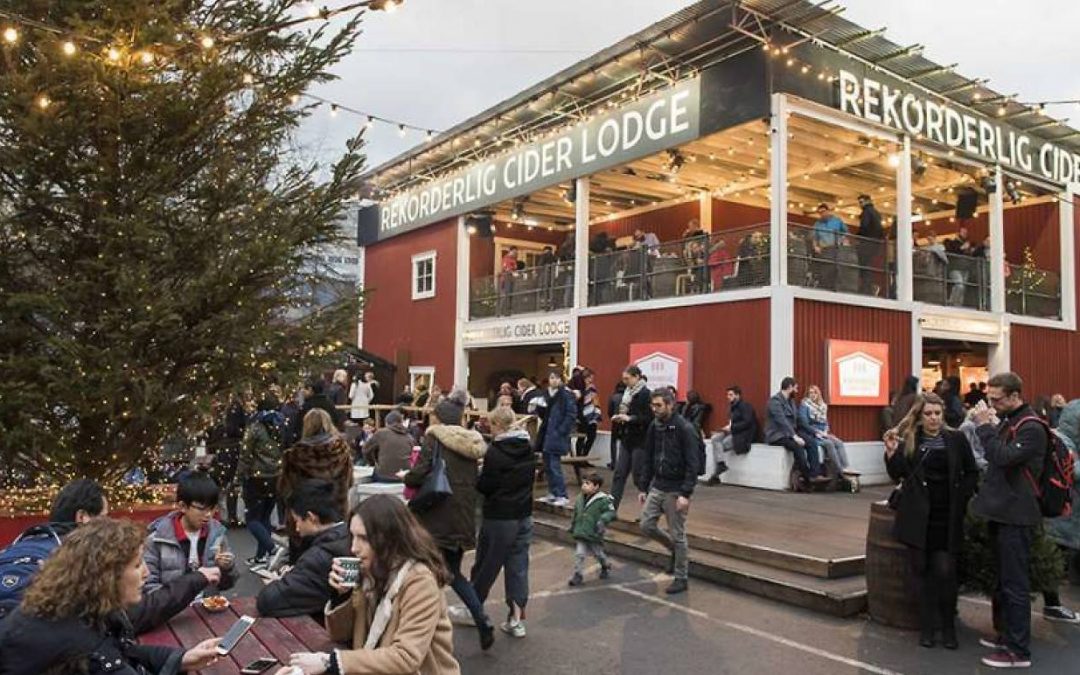 Feeling cooped up and in need of an escape? Take advantage of the quieter crowds and blow off the Christmas cobwebs with a walk around ancient buildings on the Houses of Parliament Christmas tour or see beautiful festive lights at Kew Gardens.

Join this rare 90-minute guided wander through the Commons Chamber and the Lords Chamber. Follow in the footsteps of the Queen at the State Opening and be inspired by Westminster Hall which is almost 1,000 years old.
Houses of Parliament. Tube: Westminster. Until Jan 3. From £26.50.

Not sick of twinkling Christmas lights yet? Then get lit at Kew Gardens. The incredible botanic gardens will be illuminated with all kinds of spectacular light shows and installations.
Kew Gardens. Tube: Kew Gardens. Until Sun Jan 5. £18.

Go full Michelle Kwan and tear it up on the ice at one of London’s most famous landmarks. Skating not your thing? Tuck into seasonal food and sip mulled wine as you watch from the sidelines.
Tower of London. Tube: Tower Hill. Until Jan 5. £15.

’Tis the season for not remembering the last time you were not hungover. Keep those merry good times going with a visit to Rekorderlig’s toasty cider lodge serving all sorts of cider cocktail concoctions. Skål!
South Bank. Tube: Waterloo. Until Jan 5. Free entry.

Find even more top things to do today in London, as selected by Time Out editors.

Get more London events delivered direct to your inbox when you sign up to Time Out. 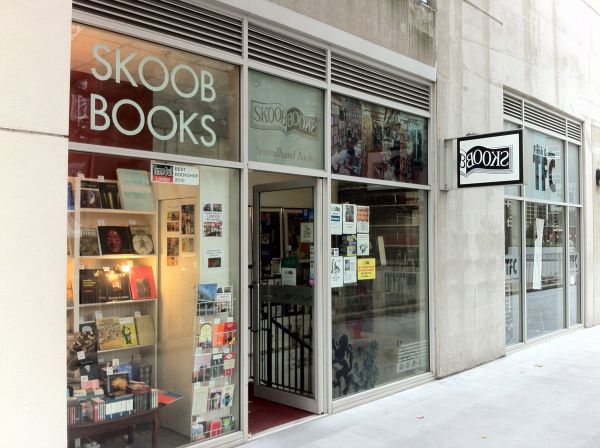 I find second-hand bookshops in London can fit on a scale with two extremes. On one side are bookshops so immaculately organised that book lovers might be afraid of taking books off shelves for fear of altering the bookseller’s vision. On the other side are bookshops so disheveled that you feel like you are exploring your grandma’s dusty attic.

Located underneath the Brunswick Centre near Russell Square station, Skoob Books falls somewhere between the two ends of the spectrum. I can best describe the bookshop as ‘organised chaos’. The books are grouped in key sections throughout the underground shop, and the titles are arranged in alphabetical order on the shelves (and many times on the floor too). They even have a stand on Saturdays within the Brunswick Centre.

The selection of books is numerous without being overwhelming (and if the shop doesn’t have your book, they can order it for you). Being located near many universities, Skoob also has a rich selection of titles not normally found in other second-hand bookshops: philosophy, science, economics (plus there’s a handy discount for students). But if you’re just looking for a good novel, there are plenty of those too.

The lack of windows and natural light might be a turn-off for some, but for me it just reinforces the feel of adventure, like Aladdin searching through the treasures of a magical literary cave.

The post Skoob Books – Second-hand books (and a piano) appeared first on Spotted by Locals London. 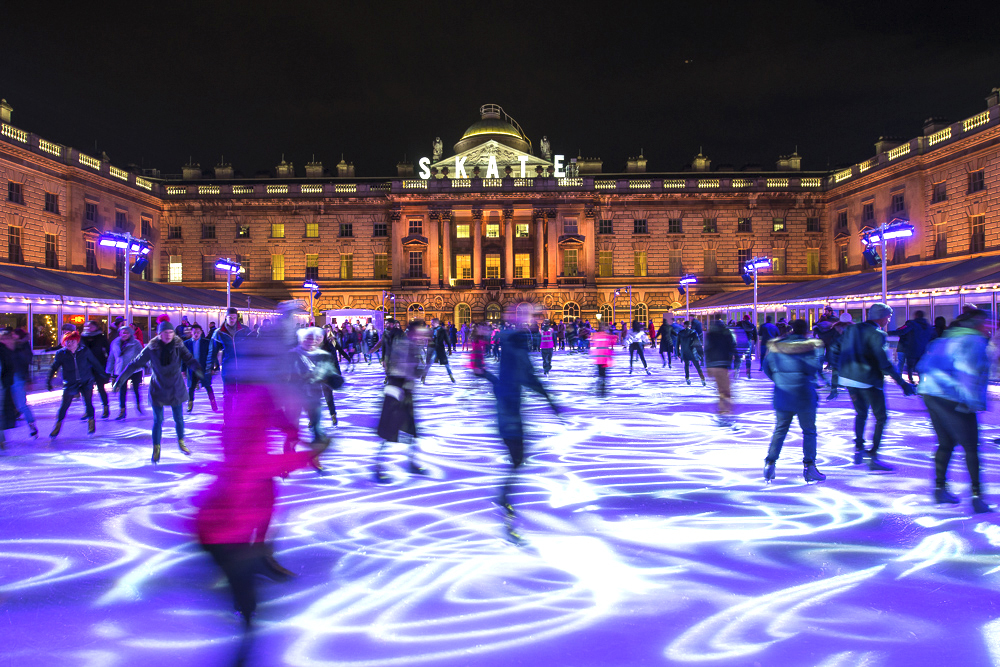 Things to do today in London: Thursday December 26 2019

The Boxing Day sales dash isn’t for everyone so if you’re opting out of rushing to the shops, you can take to the ice at Somerset House, go for a guided walk of the City or take your ugly jumper out for one more spin. Christmas Day may be over but that doesn’t mean the festive fun has to end.

1. Christmas by the River

Christmas Day may be done for another year but there’s no need to store your Chrimbo jumper away just yet. Wear your finest festive knitwear to this Boxing Day bash, where ugly jumpers take centre stage to the soundtrack of ‘90s and ‘00s hip hop and R&B.
Ace Hotel London. Shoreditch High St Overground. Thu Dec 26. From £7.

A staple in the London ice skating scene, the grand Somerset House courtyard transforms into a 900-square-metre outdoor rink every winter. Alongside hitting the ice, you can also fill yourself up with raclette, fondue and mince pies if you’ve got space after all that Christmas Day gorging.
Somerset House. Tube: Temple. Until Jan 12. From £7.50.

Walk off the turkey (all three helpings) with this guided walk through London’s royal village: Kensington. Take in everything from London’s most stunning garden to the most critical spot outside of Germany for the Nazi war trials.
High Street Kensington. Tube: High St Kensington. Thu Dec 26. From £8.

5. Queer Tango on the Thames

Part of the Southbank Centre’s Winter programme, Tango on the Thames and Queer Tango London have teamed up for an inclusive tango winter special. It’s the perfect opportunity to show off your moves to live Argentinian music.
Royal Festival Hall. Tube: Waterloo. Thu Dec 26. Free.

Find even more top things to do today in London, as selected by Time Out editors.

Get more London events delivered direct to your inbox when you sign up to Time Out. 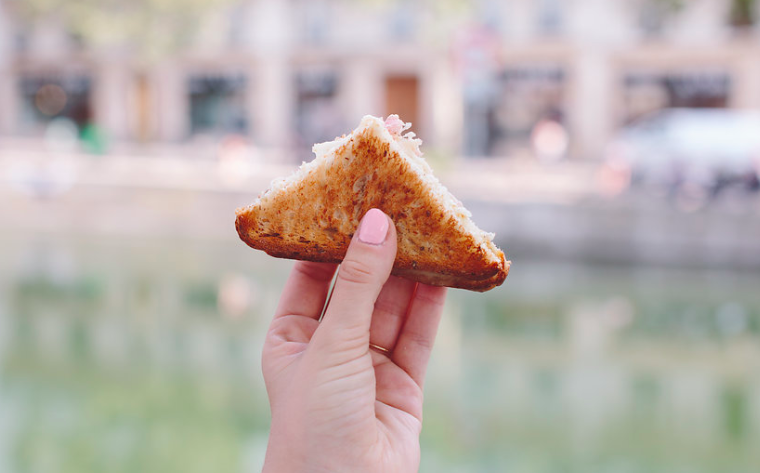 The 5 Best Street Food Spots to Eat in Paris

Although grabbing a quick bite to eat is not usually associated with French culture, the Paris street food scene has really taken off in recent years. From the classic crêpe, probably the city’s original street food dish, to food trucks serving gourmet burgers, it’s not hard to find plenty of places serving up their take on quick and cheap dining. Here we round up our choice of what street food you have to try in Paris.

Falafel is one of the most popular street foods in Paris, and while most will be queuing down the street for the famed L’As du Fallafel, we’d argue that Chez Marianne is actually the tastier of the two. Here you can get a generously-sized falafel sandwich to go, crammed full of aubergines and salad, and feel free to help yourself to pickles and spicy harissa sauce on the counter.

Just remember that first you have to go inside to pay and get a ticket, and then queue for your sandwich, something that many people get caught out by. If you’d prefer to enjoy falafel in the restaurant rather than as take-away street food, then Chez Marianne is also very cute and charming inside.

Just two minutes from Chez Marianne you can find another classic Parisian street food, the famous French crêpe. La Droguerie has been going strong for 11 years and counting, and although you can find crêpe stands all around the city, this one can be relied on every time for a tasty take-away. Here the batter is made by the team, rather than bought in, and the crêpes are made fresh in front of you – beware the stands which have a pile of crêpes already made and stacked up. You can choose from sweet or savoury and the portions are generous!

Croque monsieur might not traditionally be street food, but Fric Frac offers the classic French bistro dish to go, and the shop’s Canal Saint-Martin location makes the perfect Parisian spot to eat it. You can of course try the classic ham and cheese combination, but Fric Frac also puts a modern spin on the traditional sandwich with creative combinations such as salmon, apple, radish and onion, or goats cheese, dried fruits, honey, and chives.

Fric Frac also take care with their ingredients; the chicken is free-range, no antibiotics or GMOs are used, and the bread is made Frédéric Lalos, who holds the title of Meilleur Ouvrier de France, meaning his is one of the best in his field. If you’re looking for more places to enjoy around the Canal Saint-Martin and in the 10eme, then join our Hip Eats & Backstreets Food Tour.

Oysters don’t normally count as street food, but they do at a Parisian market. Head to Marché Bastille to enjoy freshly opened oysters and a glass of cold white wine around lunchtime, which is possibly the most decadent street food in Paris! The market takes place on Boulevard Richard-Lenoir every Thursday and Sunday morning until around 2pm. Of course it can get very crowded, especially on Sundays, but to find the oysters walk away from Place de la Bastille, which is where the market starts, and towards Bréguet-Sabin metro, where the market ends.

The oyster stand is by a fountain area on one of the middle rows of stalls, with white tables for you to stand and enjoy the seafood delicacy. The market also has plenty of fresh produce to take home, as well as other options for a cheap and delicious take-away lunch such as crêpes, sweet and savoury pastries, and quiches.

A former boucherie chevaline, which is a butchers that sells horsemeat (look for the horse’s headd above the shop sign) Chez Aline is now one of the best spots in Paris to try a classic jambon-beurre, which is simply a ham and butter baguette. The high quality sandwiches are made with Prince de Paris ham, the only ham still to be made in the city and without nitrites or additives, and with bread from Maison Landemaine, which we think is one of the best bakeries in Paris. You can also grab one of the stools if you’d rather eat in, and plenty of other sandwiches and a few deli salads are also on offer. It’s worth noting though that Chez Aline is only open Monday to Friday and at lunch time only.

If you’re looking for more ideas for quick and affordable meals in Paris, then check out our recommendations for eating in Paris on a budget.

The post The 5 Best Street Food Spots to Eat in Paris appeared first on Eating Europe.