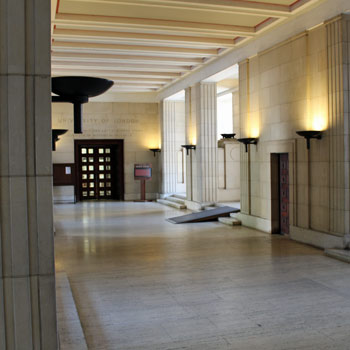 Some of the places will be instantly familiar. For example when the Fantastic Four crew saved the London Eye from toppling into the Thames scenes were shot at the actual London Eye on the South Bank (with a good dose of cgi special effects added in afterwards of course!).

In other big-budget film productions London plays the role of somewhere else. In the Dark Knight trilogy billionaire playboy Bruce Wayne’s home is in Gotham City. Much of the movie scenes were filmed in Chicago for that Art Deco meets futuristic feel but there’s one special place in London that served as the City of Gotham State Courts – and you’ll get to see it for yourself.

Indeed London boasts lots of famous filming locations. This tour will delve into DC and Marvel comic book superheros like Transformers and X-Men. It will also show you where some of scenes were shot featuring those very British superheroes such a James Bond and Sherlock Holmes.

The leisurely-paced walking tours start at Russell Square and end at Trafalgar Square. This is where one of the most ambitious shoots took place for the blockbuster film Edge of Tomorrow starring Tom Cruise and Emily Blunt. The whole square was closed off for filming this major battle scene which saw 36 roads being closed 122 bus routes diverted and all the hotel rooms in vicinity being booked out by the production crew.

This and many more nuggets of insider info will be divulged to all you movie fans on these thoroughly entertaining London film location tours. You’ll spend around 2.5 hours with your guide visiting iconic locations and hidden gems alike that have featured in some of the best-loved superhero films that have been recently made. 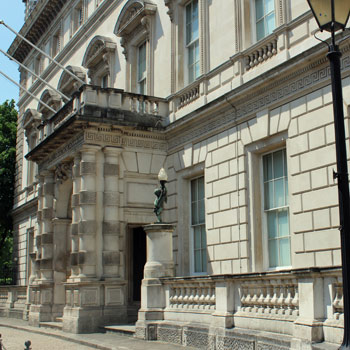 Catch up with the life and loves of the Crawley family in the capital on a Downton Abbey tour of London! Every well-to-do clan had a London pad to complement the family estate in the country and the Crawleys of Downton Abbey were no different. These fascinating tours let you discover the Crawleys’ London.

The Crawleys upped sticks and left Downton Abbey for London when it was Rose’s debutante summer season on the capital’s social scene. Home in the capital was Grantham House in St James’s Square. But the exterior shots of the house were actually filmed in Westminster. It’s this sort of insider knowledge that makes this London Downton tour so interesting.

With so many links to London the city often featured in episodes of the hit ITV period drama. Rose partied her heart out. Edith inherited The Sketch with its London offices and the flat of her editor lover Michael Gregson. And of course there’s Robert’s sister Rosamund Painswick who lived permanently in London at 35 Belgrave Square and regularly received visitors from Downton.

These guided walking tours are packed to the gills with sights landmarks and remarkably familiar locations all on the Downton theme. Everything from Rose dancing the nights away at the Lotus Jazz Club where she meets Jack Ross to Caxton Hall registry office where she marries Atticus.

Then there’s Lady Grantham who is whisked off to the National Gallery by the flirty Simon Bricker only for his hopes to be dashed when Cora turns him down. There’s honestly so much London based drama surrounding the Crawley family we don’t know where to begin!

That’s why we’ll leave it to the expert guides to show your around the oh-so-familiar Downton Abbey London locations on these fun and entertaining tours. You’ll be on foot for these visits meeting at Temple Station and rounding off at Green Park. There are lots of places to see that’ll bring all those favourite London scenes revolving around the Crawleys and their household to life – and all at a nice leisurely pace. Enjoy your walk!

If you love your rom-coms you’ll love this Bridget Jones tour! The walking tour which includes London locations from all three Bridget Jones films lasts around 2.5 hours and is hosted by an expert guide.

Helen Fielding’s hapless heroine Bridget Jones captured the hearts of every 30-something working woman and this tour brings some of those brilliant bits from the films alive. Who could forget the glorious moment the Mark and Daniel spat inside the Greek restaurant spills out into the streets around London Bridge? And we all felt for Bridget when she wandered glumly around Borough Market after discovering that dastardly yet irresistible Daniel was seeing ‘Lara from the New York office’. Boo!

Then there’s the door. The door to Bridget’s London flat which featured in the trio of films. Who’d have thought so much action could take place in a bachelorette apartment over a pub in Borough Market? As well as all her visitors this is also where Darcy and Cleaver had that comedy brawl in the street.

And how about seeing where dashing Mark Darcy’s offices were? You can also hark back to the scene where Darcy buys Bridget a brand new diary. And an absolute must-do is going in to the newsagent where Bridget bumped into Darcy during the Aghani case. Yes it really is an actual newsagents!

Each of these classic Bridget Jones locations are in and around central London. You’ll be walking at a leisurely pace throughout the guided tour and the itinerary includes a short journey on the London Underground.

All tours give you plenty of time to stop and take selfies in front of all these iconic buildings and film locations as you follow in the footsteps of everyone’s favourite single girl in London. And if you think you know your romantic comedy movies just wait until you meet your Bridget Jones tour guide who’ll be accompanying you – they know everything right down to classic lines from the scripts and the song lyrics too! 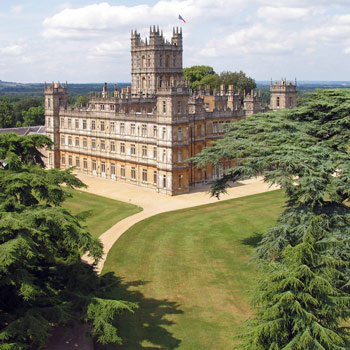 Step into the upstairs downstairs world of the Crawley family on this fascinating Downton Abbey Tour! Setting off from central London on a coach this tour will whisk you away from the city and into the picturesque Oxfordshire countryside to see some of the locations used to film the successful ITV series Downton Abbey – including Highclere House!

The hugely popular period drama created by writer Julian Fellowes is set during the reign of King George V starting in 1912 and following the lives and loves of the aristocrats and the servants through the Post-Edwardian years. Although set in the fictional Downton Abbey in Yorkshire many of the locations featured on this tour are actually in Oxfordshire villages so that’s where you’ll be heading first.

This comprehensive full day tour starts with a visit to ‘Downton Village’ otherwise known as Bampton village. This is where you’ll be shown the Downton hospital the village pub and Matthew Crawley’s former home as well as the local church and Post Office. You’ll also see the lovely house where Isobel Crawley lives.

As you tour the village your enthusiastic guide will show you stills of Downton Abbey scenes featuring the locations you’re looking at. It’s amazing to see how much time and effort the production team puts into transforming these buildings into the period properties with all the fine details totally on point!

After Bampton it’s back on the coach for the next part of your Downton tour. You will be visiting Highclere Castle which played the role of the family seat of the Crawley family. In real life it’s home to Lord and Lady Canarvon and it’s as stately and grand as you’d expect. The tour includes entry to the house and you’ll have plenty of time to explore this quintessentially English country estate.

As you’ll be at Highclere for around three hours you can even enjoy a light lunch or a cream tea in the castle’s delightful tea rooms located in the stable yard. Before hopping back on the coach to London make sure you take time to have a stroll around the gardens to round off your Downton Abbey tour. Beyond the finely manicured lawns you’ll find the Monk’s the Walled and the Secret Gardens. Just stunning! 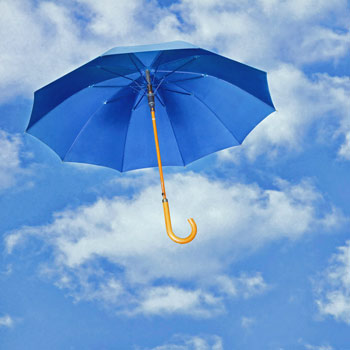 Practically perfect in every way it’s the Mary Poppins tour! This easy walking tour of London shows you all the supercallifragilisticexpialidocious sights and locations that feature in the hit film ‘Mary Poppins Returns’. And just as Mary Poppins herself would say: ‘In every job that must be done there is an element of fun’.

These fun and informative tours take you into Mary Poppins’s magical world of wonder. Of course fans of the original Mary Poppins will know that the story takes place in London centred around Jane and Michael two children living in a house on Cherry Tree Lane.

For ‘Mary Poppins Returns’ it’s 25 years later in 1930s London. A grown up Michael still lives in the family home with his three young children and a housekeeper. Recently widowed Michael is struggling. Whilst flying a kite with his youngest Georgie something magical happens and Mary Poppins floats down with her famous umbrella.

From here on in the children and Mary Poppins embark on fantastical adventures. This tour shows you where they magically dance on the steps at St Paul’s how they manage to turn back time the bank where their father Michael has to try and save the house from repossession and a whole host of other iconic London locations.

As Emily Blunt who plays Mary Poppins says: ‘I think this film is a love letter to London’ with beautifully shot scenes featuring the best-known London landmarks. This tour will open up the film’s 1930s London to you recreating the world that the original author P J Travers imagined for her books.

The Mary Poppins tour lasts around two hours and is scheduled for Sunday afternoons so you can enjoy a relaxed stroll around central London and the City to take in locations from Mary Poppins Returns hearing anecdotes and info on how the film was made as you go.