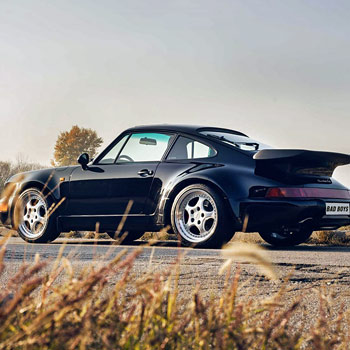 Move over Will Smith it’s your turn to drive a Bad Boys Porsche! This explosive experience gives you three or six-miles at the helm of a lovely Porsche 911 Turbo just like the one Cop Mike Lowery drives in the 1995 hit film ‘Bad Boys.’

Who could forget the opening scene of Bad Boys? Mike Lowery and his narcotics crime fighting partner Marcus Burnett are cruising at sunset in a most glorious Porsche with some serious bants going on when Marcus realises he has nowhere to put his drink. “You paid like $80 000 for this car and you ain’t got no damn cup holder?”. That might be the case but as Lowrey retorts: “It’s $105 000 and this happens to be one of the fastest production cars on the planet. Zero to 60 in four seconds sweetie.”

But enough of quoting the typical 90s comedy drama of Bad Boys what is actually like to drive this bad boy Porsche yourself? In a word stunning. Porsches are proper drivers’ cars and demand to driven hard and fast. On these experiences your front seat passenger buddy will be an instructor and the cheesy banter will be replaces with lots of top tips on how to get the best out of this seminal car.

As it happens many of the venues you can choose from for your Bad Boys-inspired Porsche session are airfield circuits. That makes us think of the epic closing sequence of this all-action film starring that fresh-faced Smith. It’s a straight drag race along a runway between a Shelby Cobra and Lowrey’s Porsche being driven by Burnett.

Cue lots of shouting lots of sweating and concentration with wobbly camera work tyre screeching and all the rest as the two cars hurtle at max speed towards a concrete barrier. Of course there’s a gap but inevitably it’s only wide enough for one car. It’s a classic game of car chicken…

There’ll be no such shenanigans on your Bad Boy Porsche experience but you will be allowed to put your foot down and see what this baby can do. With that 3.3l turbo engine and 300bhp we think you’ll give Mike and Marcus a run for their money. 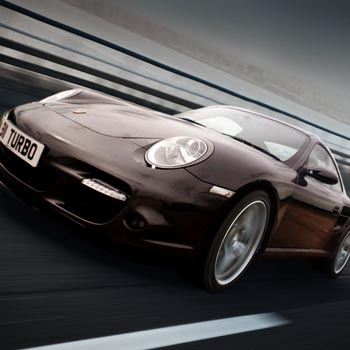 This is a Porsche test drive that’ll be testing your motoring skills to the max! We’ve lined up a stunning Porsche 997 series for you to take for a drive. This version of the iconic 911 has been widely hailed as one of the best yet – and you’re about to find out why.

To put it simply this is a great car. Being German there are more three letter acronyms than you can shake a frankfurter at with the likes of PTM (that’s Porsche Traction Management) VTG (that’s Variable Turbine Geometry) and PDK…actually that’s not a proper one as it’s stands for Porsche Doppelkupplung.

But what does PDK do? Well its Porsche’s highly refined double clutch transmission ensuring ridiculously smooth and faster gear changes with no power loss which when combined with direct injection became the two key mechanical factors that differentiated the 997 from the 996 predecessor. These two factors made the 997 even lighter even faster and even more fun than before – and you’ll be putting all that to the test.

Ironically the only criticism about the 997 is that it is too good. Porsches have a reputation as real driver’s cars that really need to be driven to get the most out them whereas the 997 is alarmingly easy and responsive to drive and could become (shock horror) a day to day driving car. Albeit one that costs over £100 000…

But put this ‘easy to drive town cruiser’ on the track and the 997 is a completely different beast. This car wants to be tested to its limits and Porsche has come up trumps when it comes to performance on circuit drives and track days.

After your Porsche test drive we’re sure you’ll agree that the 997 is a fantastic piece of kit and as a certain motoring journalist who used to be on the Beeb said the 997 will ‘stir your soul’. If you weren’t a Porsche fan before there’s a good chance you’ll be changing your opinion after testing this one out! 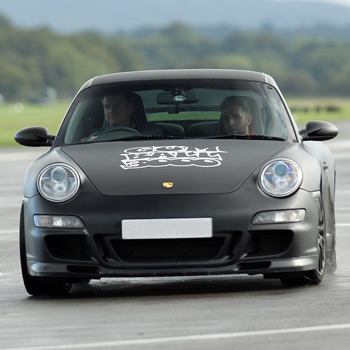 Discover just why the 911 series is so special with this Porsche Blast from IntotheBlue.co.uk! Porsche has a reputation for producing sports cars that are the real deal. These motors need to be properly driven to get the most out of them and with these fabulous fast fun vouchers you will get to experience first hand the brilliance without having to dig very deep in your pocket at all.

We think this Porsche blast package is a superb deal. Not only do you get to enjoy the hustle bustle and general goings on at these track days you also get to drive one of these mythical cars yourself. And before you ask there won’t be a Boxster Cayenne or Panamera in sight – we are talking the 911 in its various disguises as let’s face it the 911 is Porsche.

The first Porsche model 64 appeared in 1938 and was actually a pretty spartan vehicle with more much half the parts coming straight off a Beetle. The classic Nine Eleven as we first knew it (complete with air-cooled engine) arrived in 1968 and has since then despite numerous number changes and design tweaks remained what is essentially the same car that came out Stuttgart all those years ago.

That’s what makes this offer so special. The operator of this driving deal is a major player in the supercar experience market so there will be several versions of the 911 at their disposal. All are ridiculously fun to drive. It might not have the best handling (the engine is in the wrong place for that!) but is has so much character it’s hard not to fall in love with these cars.

Indeed this German wunderkind is totally capable of surprising you and challenging you. It’s a proper little sparring partner that’s been as at home on the road as on the track since the day it first rolled off the Porsche production lines and that’s the spirit that remains today.

As for where you’ll be getting to grips with that infamous rear-wheel drive beauty on the track and grinning from ear to ear on hearing that distinctive flat six engine you have a choice of several different race venues that are on offer. Choosing which one is going to be a tough decision but not a deal breaker as they are all top-notch tracks on this Porsche Blast package! 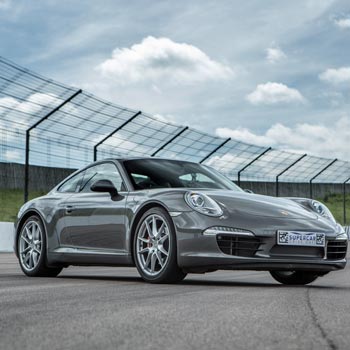 On a 911 experience you can expect German precision high performance and superb track handling! There’s something quite unique about the Porsche marque. Maybe it’s because it has always stuck to its roots and come up with ‘proper’ cars (OK apart from the Cayenne) that demand and get respect from across the motoring hierarchy.

We think a Porsche is a true driver’s car. The 911 in its various guises has been the flagship model since its launch in 1963. Fans and aficionados will argue until the sun goes down as to which in their eyes and experience is the best 911 version but one thing remains – they are all fabulous head-turning cars that’ll always be at the top of many a petrol head’s dream car list.

As we said there are endless different series of 911 and the fleet on these experience days includes a GT3. For racing fans this is as close as you can get to the circuit-driving professional competition models that have won countless trophies at the 24 hour Nurburgring race and even has its own championship series.

Look closely and you’ll see the rear window is polycarbonate and not glass. The bonnet and the side panels are carbon fibre. The suspension is ever so slightly lower. All this and more means this weight-reduced version can push out more torque more power more acceleration and more fun. If you want to have an almost supernatural experience in a 911 this is the one to go for!

As for the tracks on offer for these 911 experiences you’ll be pleased to hear you can choose where you’d like to go. Base your decision on how far you have to travel or pick a place you’d most like to experience the prowess of the Porsche with former airfields test tracks and race circuits featuring on the list of venues.

You can expect to be driving for three or six miles of your chosen circuit on your 911 experience depending on the voucher purchased. Sessions kick off with a trackside safety briefing ahead of your moment. Then it’s time. This is when you get to drive a legendary Porsche 911 and experience all that motoring greatness. 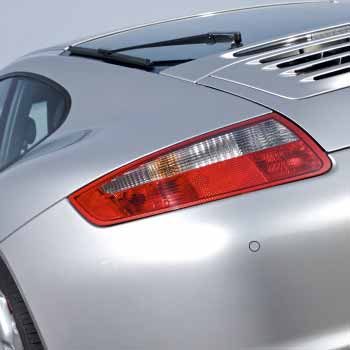 Choose from different top-notch race circuits on these thrilling Porsche track days! Take one very iconic car one excited driver (yes that’s you!) add a very experienced expert and a smooth tarmac track and you’ve got yourself one seriously thrilling Porsche day out on the track!

All of our Porsche track day venues are professionally run and offer challenging technical racing lines that will require total concentration. Before you hit the throttle for your four laps you will be driven around the route in a training car so you can check out every chicane and hairpin you’ll be negotiating in the 911 later as you test that legendary Porsche steering and handling to the max as you eat up the tarmac test track surface at a rate of knots.

Of course if you know your Porsches you’ll know that the 911 was first launched in 1963 and since then each revision of this classic supercar is still marketed as a 911 but has it’s own name too. On these experience days there are a variety of Porsches in the garage just itching to get out on the track so you could be getting behind the wheel of a 997 two door convertible version or a swanky new 991 model that was first released to the driving public in 2011.

There’s no denying these Porsche track days will see you discovering all the wonders of German motor engineering with a plethora of gadgets and gizmos under the bonnet from a ‘torque vectoring’ system to PDK seven-speed transmission. It might all sound like motoring jargon but the overall result is one very drivable car  – even at a measly 30mph it is an absolute pleasure. The nine-eleven is a true modern day automotive classic and we don’t know anyone who wouldn’t relish a few laps around a track in a Porsche!