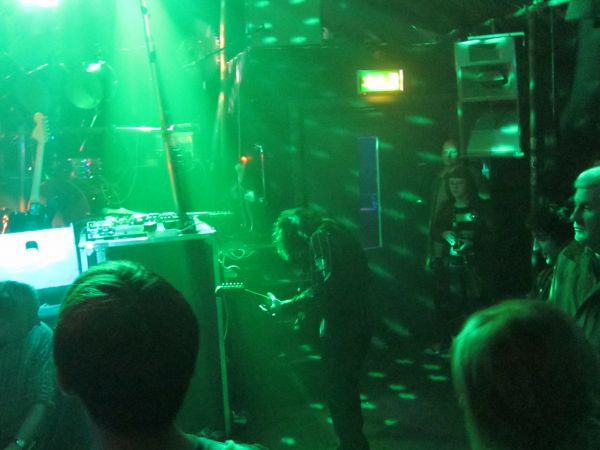 This late-night music venue is one of the only places in London that has the raw energy of a Berlin nightclub.

During the daytime Corsica Studios sleeps, hidden from view, almost anonymously, beneath Elephant and Castle train station. It is not until the sun goes down that this creative space opens its doors and springs to life.

Experimental video installations greet you as you enter the bar area and at points the different projections coalesce into captivating variegated shapes. In essence, this is what Corsica Studios is all about: mixing different genres, cultures and art-forms together.

Booming loudspeakers provide the club with a bassy heartbeat and energised clubbers keep the bloodstream moving from room-to-room. The air is usually filled with techno and electro music but from time-to-time extemporised post-punk sets and live hip-hop acts take centre stage.

The drinks are very reasonable for a nightclub (around £ 4 for a bottle of beer) and the entry price is seldom more than £ 10 if you book in advance.

It is a great place to come for a late-night session of loud music, diverse culture and electric light shows.