How to Spend a Weekend in East London 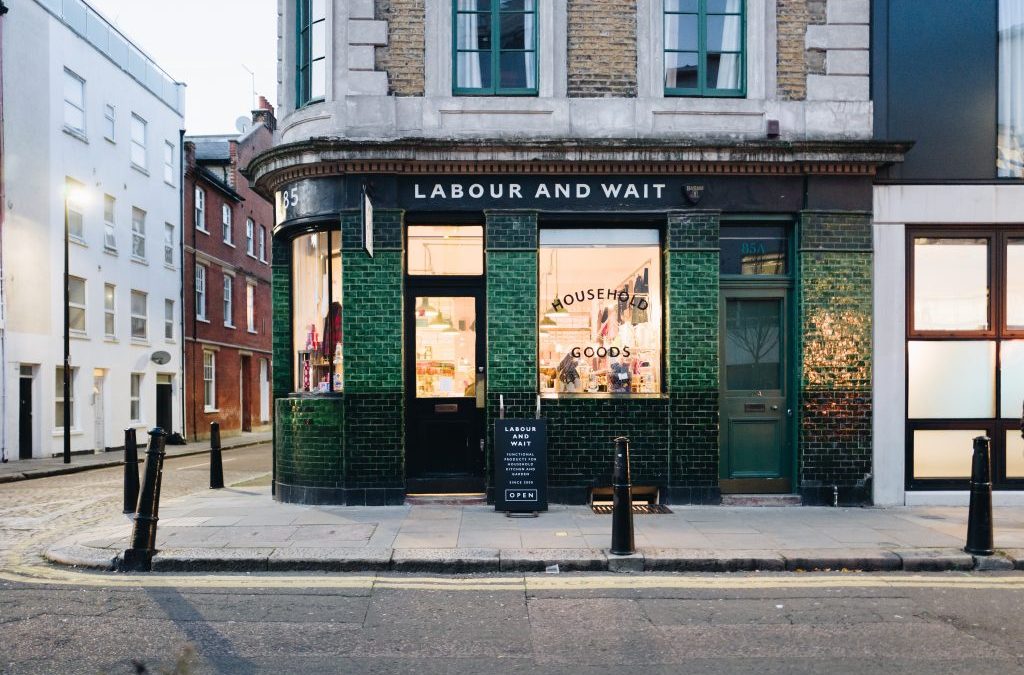 When the average tourist thinks of London, perhaps she thinks of Big Ben, The London Eye, or Notting Hill’s Portobello Road Market. There’s so much more to see and do in London, however, and one part of the city sometimes overlooked by tourists is East London! Whether you’re a first-time tourist to London or someone who just wants to see a different area of the city, here are some recommendations for how to spend a weekend in East London. The area is very walkable, so everything will be in reach of your East London hotel either by foot, bus, or tube! 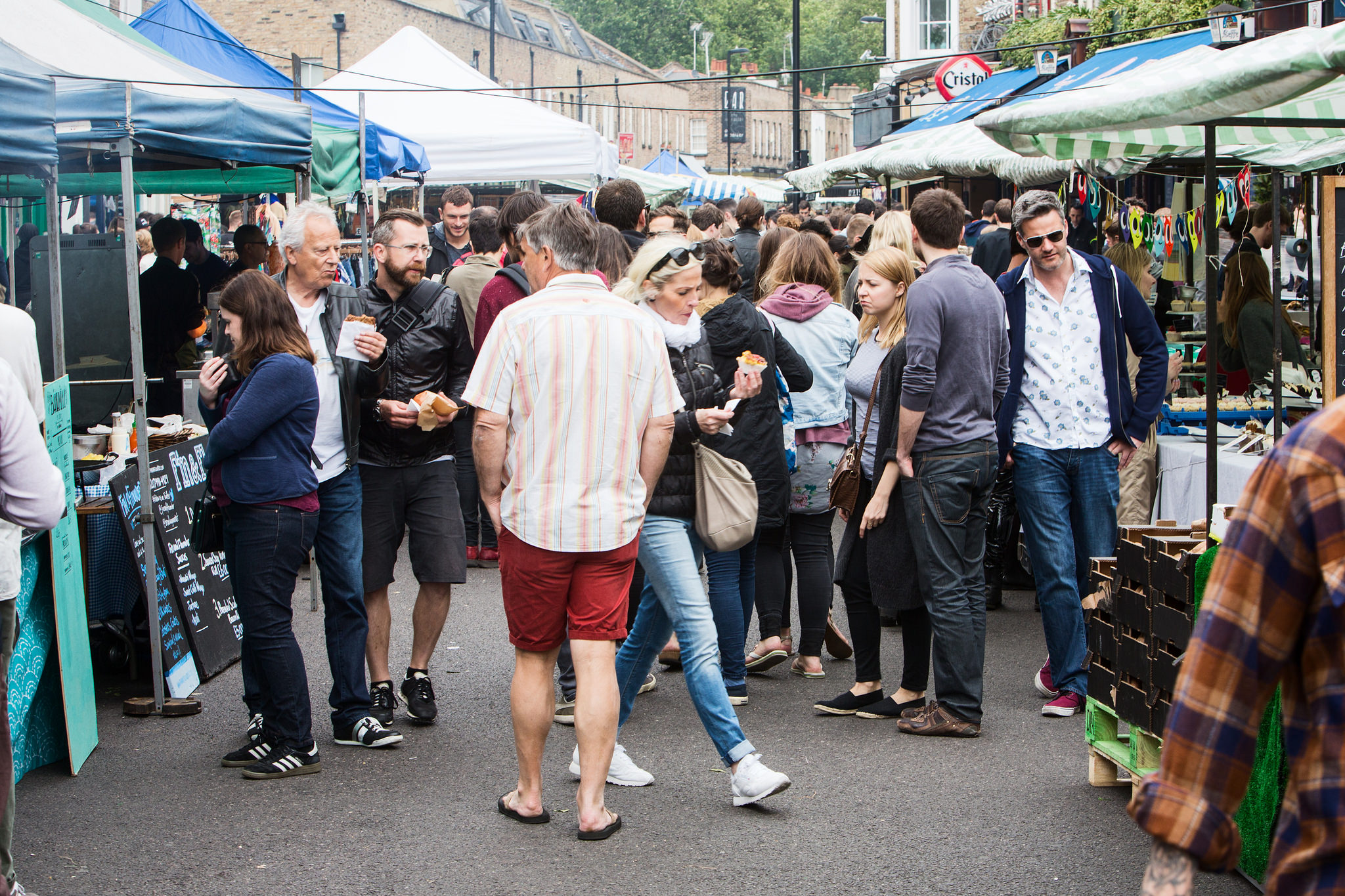 Photo by _dChris via CC BY 2.0 License

Start your Saturday right with a trip to Broadway Market (closest tube stop: Bethnal Green, though you can also take the Overground to Haggerston). Found right on Regent’s Canal, this bustling market is always filled with lots of fresh produce, local art and handicrafts, street musicians, and plenty of food stalls for sampling (including lots of vegan and vegetarian options). While it gets quite crowded, especially on a sunny day, there’s lots to take in here, so plan on spending at least an hour or two.

Along Broadway Market (also the name of the street) you can also find plenty of delicious restaurants and cafés, including the famous F. Cooke’s pie and mash shop. If you’re feeling adventurous, stop here for some jellied eels, an East London tradition.

If you’re looking for a place to sit, there’s great people watching in London Fields… so grab some food, set up a picnic, and watch the world go by!

After eating your fill at Broadway Market, walk down Regent’s Canal for approximately ten minutes, where you’ll find Victoria Park. Open since 1845, this beautiful park is home to a small lake where you can rent paddle boats and float amongst the swans. Make sure to check out The Chinese Pagoda while you’re there, as it makes for the perfect photo op!

This quirky museum, found closest to Hoxton Overground Station, is a museum dedicated to exhibiting the main living spaces and elements of domestic life through the centuries, starting in 1600. It is currently closed for renovations but will open again soon, so stay tuned! 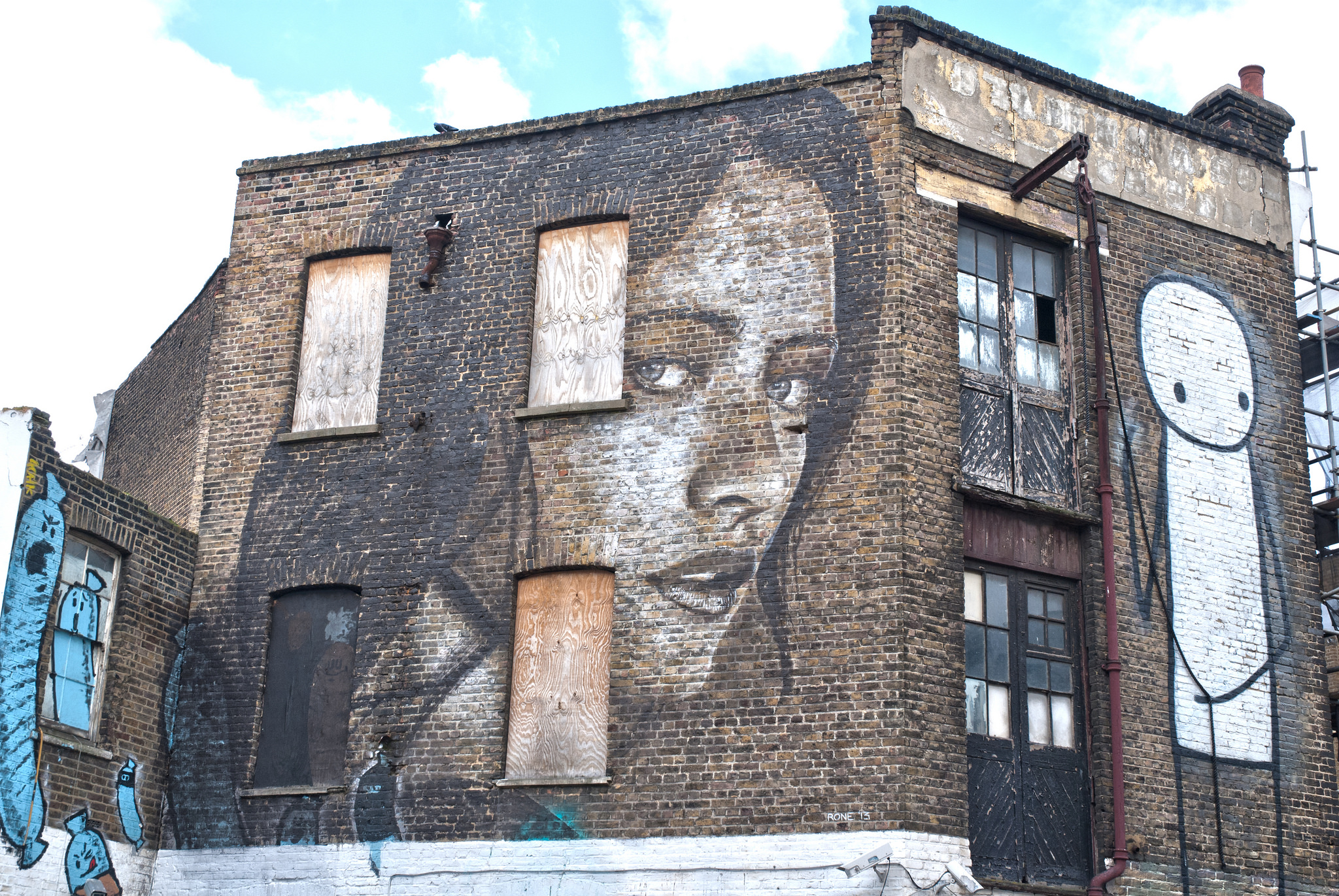 Photo by Berit Watkin via CC BY 2.0 License

East London is famous for its unbelievable street art, especially around the Shoreditch area (closest Overground station: Shoreditch). The easiest way to spot the best of the best – some are hidden in plain sight – is to go on a street art tour of East London. The art is changing weekly, but there’s always lots to stop and admire, including original works by Banksy, Stik, Space Invader, and more.

Head to a Cosy Pub

There’s nothing like a cosy pub in East London, and there are plenty to be found in the area. The Cat and Mutton and The Dove are both famous on Broadway Market, while The Star of Bethnal Green, The Owl and the Pussycat, and The Waterpoet are also good options in East London. For history buffs, head to Ten Bells outside of Spitalfields Market, the pub where one of Jack the Ripper’s victims is said to have had her last drink. 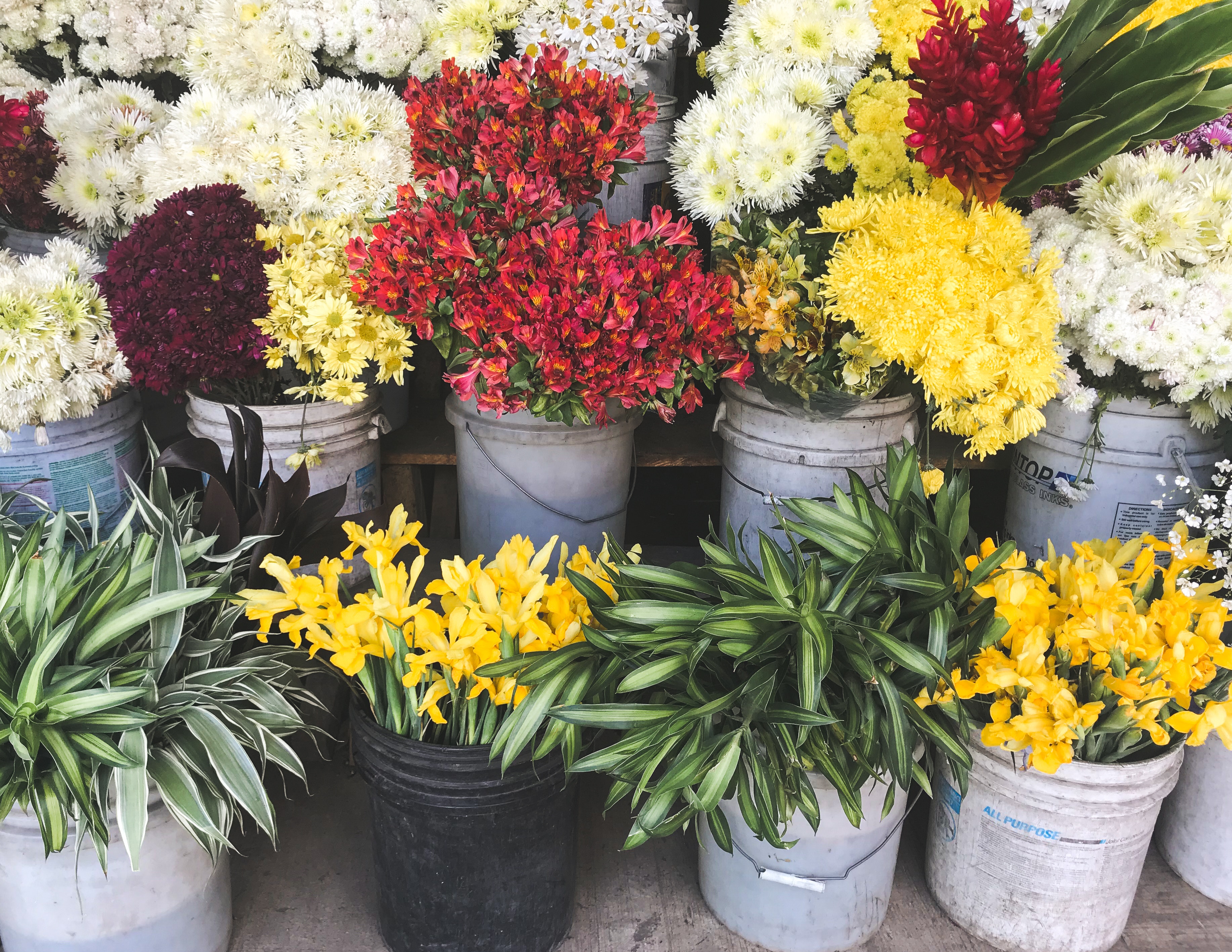 Every Sunday morning, Columbia Road (closest tube station Bethnal Green, although it is very close to Hoxton Overground as well) is taken over by dozens and dozens of vendors selling fresh flowers. While the street gets very crowded – watch your pockets here, as it could be easy for pickpockets to take advantage – it is fascinating to see all of the varieties of plants and flowers and hear the vendors call out their deals. There are also tons of fantastic shops along Columbia Market as well as plenty of cute cafés for a nibble. 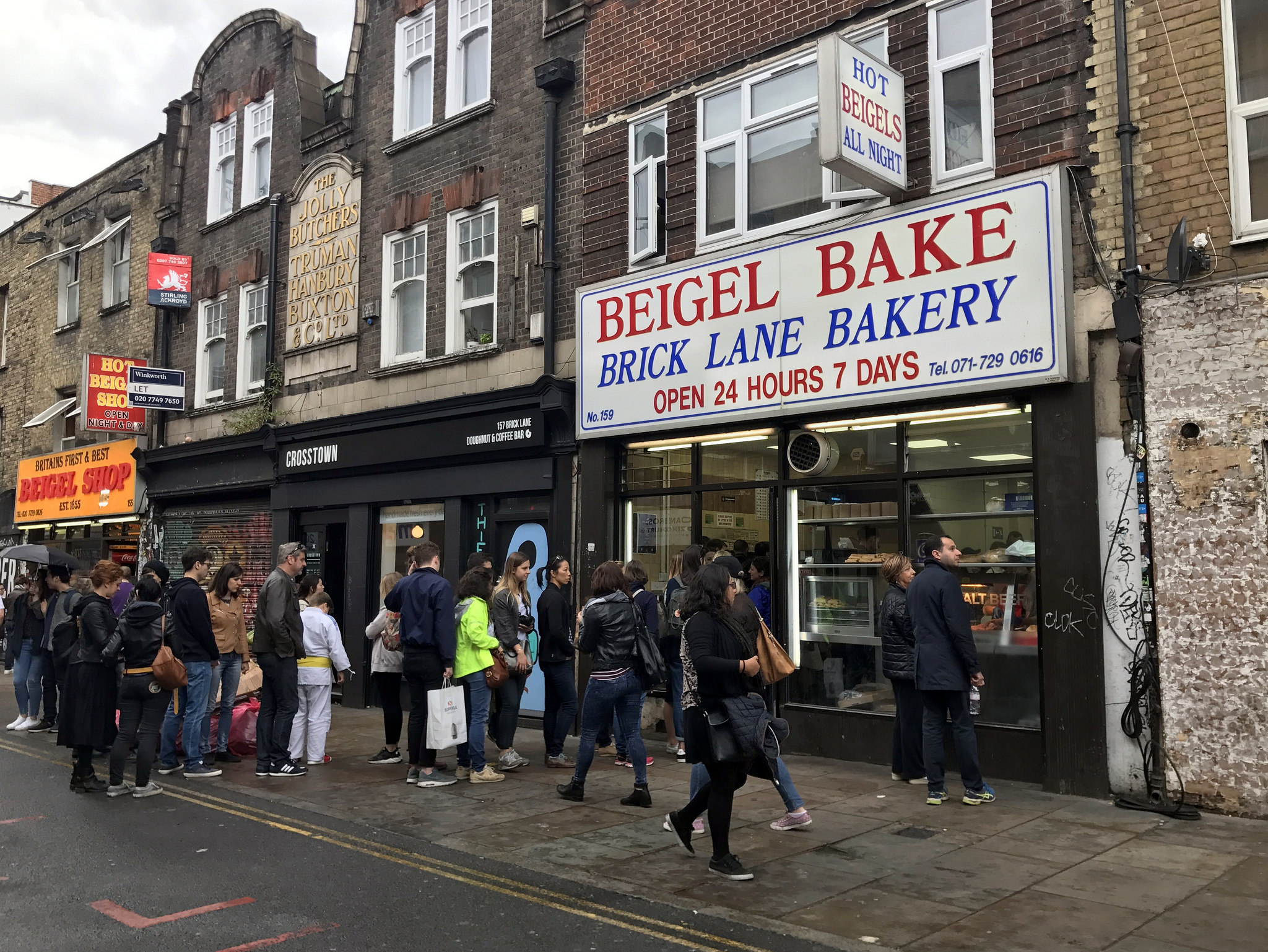 Photo by Bex Walton via CC BY 2.0 License

After Columbia Road Flower Market, head toward Brick Lane, one of East London’s most famous streets. Filled with a dizzying array of shops, bars, restaurants, and more, you could spend hours just wandering up and down the street. On Sundays there are also plenty of market stalls and halls to explore, as well as many street musicians.

For food, you can’t go wrong with either a curry or a hot salt beef bagel, the most famous of the latter coming from Beigel Bake (just have cash ready as the line moves quickly). Both foods showcase the ever-changing history of East London, as it has strong ties to both the Jewish and the Indian communities. 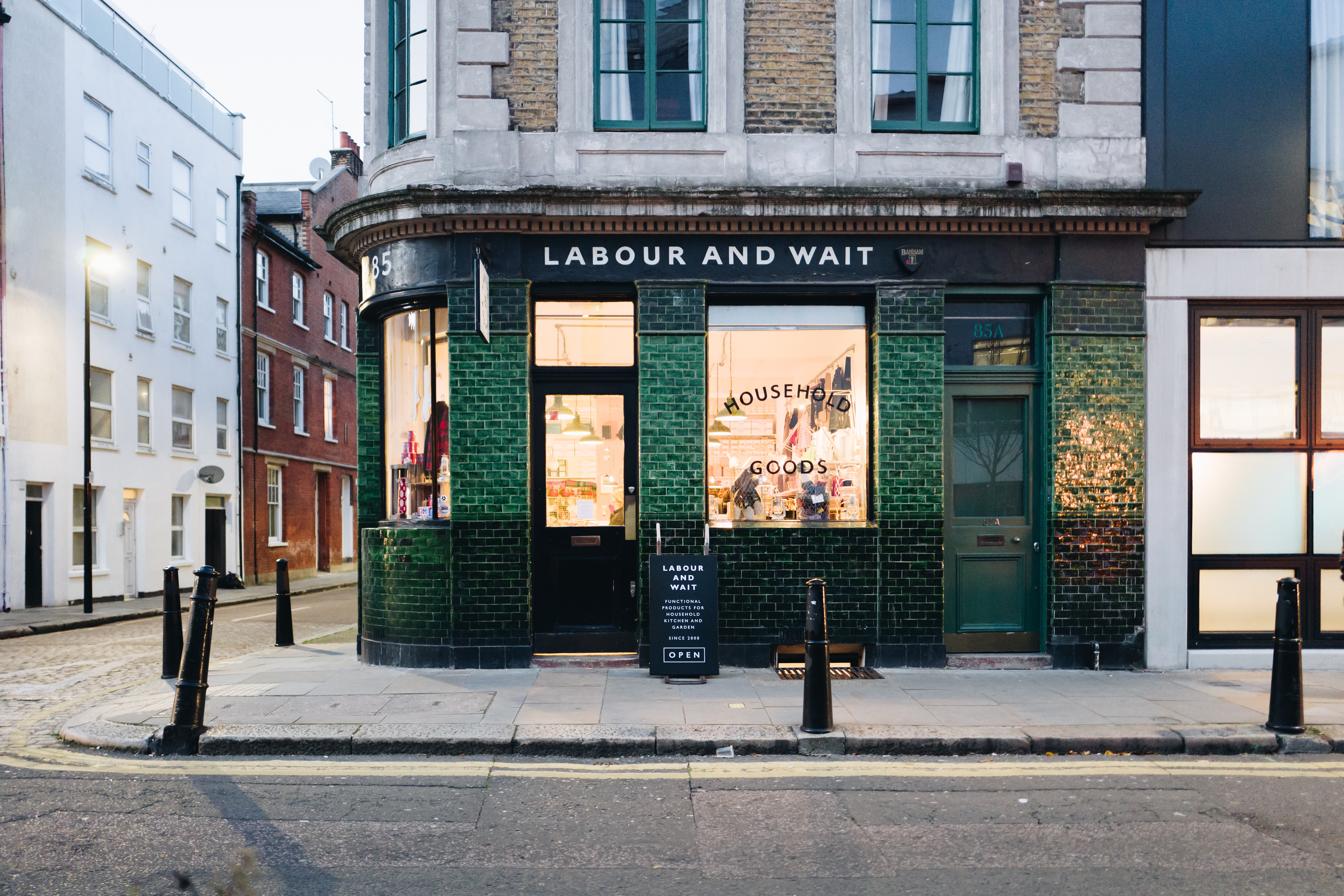 Found a brief walk from Brick Lane (or from Liverpool Street Station), Old Spitalfields Market is technically open all week long, but it comes alive on weekends. Head here for lots of great food options as well as plenty of shopping; you’ll find everything from antiques and trinkets to high-end fashion amongst its shops and stalls.

Have you been to East London? What would you recommend?

The post How to Spend a Weekend in East London appeared first on Expedia Blog.