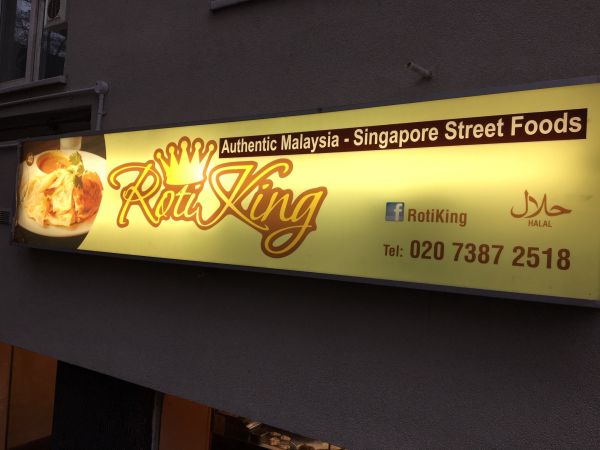 Malaysian food has been riding a bit of a wave in recent years here in London with various new concepts opening up alongside the more established joints. One of my absolute favorites is the tiny eatery based on a side street near Euston Station, Roti King, which specialises in the flakiest, chewiest and moreish Malaysian style roti flatbread in London. Freshly made on the premises, the roti canai comes accompanied with either a mildly spiced curry sauce or dhal, or you can order them with a variety of delicious fillings.

Equally as good are the Malaysian specialty dishes that give the hawkers of KL or Penang a run for their money – from the classic beef rending (dry, slow-cooked beef in coconut) to the umami-heavy classic noodle dish Mee Goreng and my favourite Char Kuey Teow – toothsome fried flat noodles with the unmistakable char of the smoking hot wok.

Prices remain a steal – with mains generally around the £7 mark. Do note they don’t take bookings and there’s inevitably always a queue of hungry Malaysian expats and foodies from all over the city. If you’d rather not spend your time queuing, you can visit their recently opened second outlet called Gopal’s Corner at Market Halls in Victoria. The menu here might be shorter and prices a touch higher than Roti King, but there are a load of other fantastic food options you can mix and match with.