The London Fiver – Five Things to Do in London in July 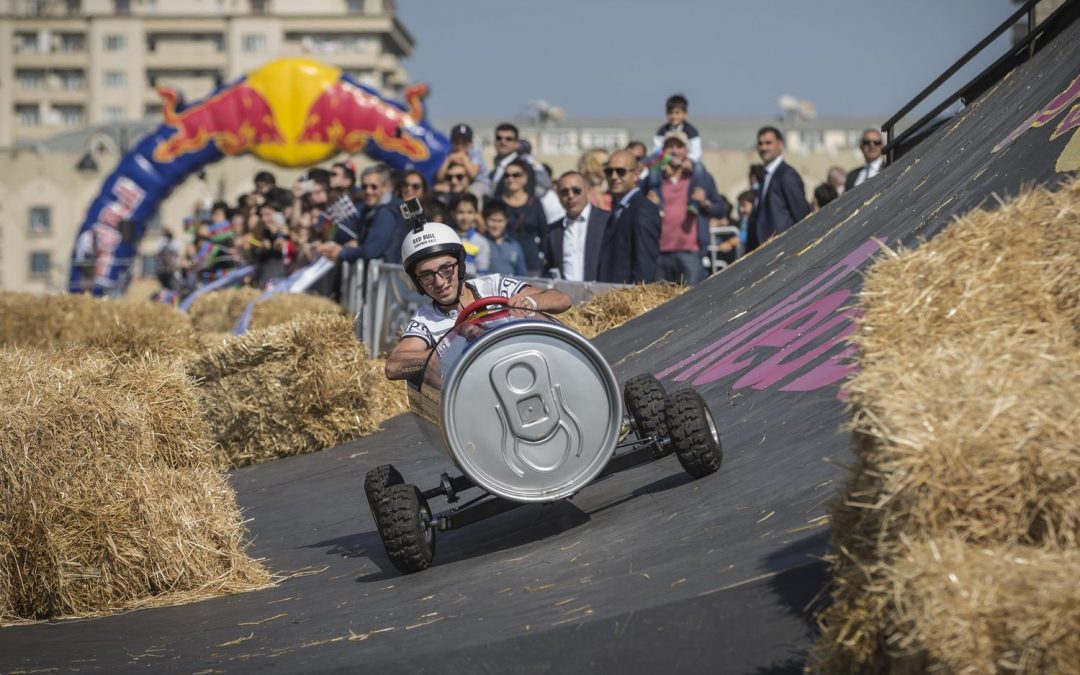 By July, we’re moving into the hotter months of a London summer, and the city’s activities heat up to match the temperature.  While events like Pride in London, the Underbelly Festival, and the Wimbledon Lawn Tennis Championships certainly attract a lot of attention, there are plenty of other great events to attend as well.  We’ve managed to identify five different events you can attend during July, and they range from unique cinema experiences to taking time to smell the flowers.  Consider one of these events if you find yourself in London this July and let us know some of your favorite things to do in the city during this month.

You might remember soap box races from your childhood, but the participants in the Red Bull Soap Box Race take it to a whole new level.  Hosted at Alexandra Palace on July 7th, some of the most ingenious and wild non-motorized vehicles take part.  The race rewards creativity of design almost as much as speed, with soap box cars looking like everything from a rocket to a grand piano.

Fully-immersive movie watching has become all the rage in London over the years and Backyard Cinema is one of the leaders in this trend.  For Summer 2019, the indoor theater brings the sunny beaches of Los Angeles to Camden with beach seating, a bar, and plenty of hot movies to match the California temperature.  Musical films such as Grease, Bohemian Rhapsody, and The Greatest Showman have sing-along elements that encourage audience participation.  You might want to jump on tickets for those films fast though, as they’re liable to sell out quickly.

One of the biggest sporting events of the summer, the ICC Cricket World Cup is hosted at the Kia Oval by England and Wales, making a record-breaking fifth time the two countries have played host to the world’s greatest cricket teams.  The Oval certainly has its own pedigree, being the oldest spot for the sport in the city, so anyone who fancies cricket will want to visit for the history as much as the international competition.  Even if you can’t get tickets to a match, the Oval hosts a tour that guides visitors through its long association with the sport.

Over at the National Theater, the River Stage Festival goes for five weekends beginning July 5th and running through August 4th, presenting a wide variety of music and fun for all ages.  Each weekend presents any number of acts such as drag performances, DJs, a hip hop musical, and much more.  For each weekend, the National Theater sets up a stage on a prime spot along the Thames, so it’s easy to attend.  There are also any number of great food stands selling wine, pizza, cheese, and ice cream, amongst other delights.  Before you go, be sure to check the festival schedule for the one that suits your tastes.

Hampton Court Palace is beautiful any time of year, but during July the former home of King Henry VIII is in bloom with over 250,000 flowers.  Besides a wide array of garden styles, flowers, and other plants, purchasing a ticket also grants attendees admittance into workshops that will help turn the most amateur of gardeners into a green thumbed-expert.  Additionally, there are a number of garden-related items to purchase as well as food and drink for your indulgence.  The event happens once a year, and it makes touring the palace all the more enticing.