13 Romantic And Off-The-Radar European Destinations for 2019 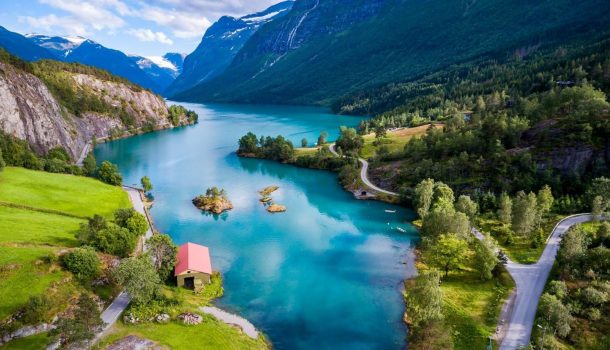 If you’ve already fallen in love with dreamy destinations like Paris and Venice, why not try something new with one of these lesser-known romantic destinations in Europe?

Holiday Lettings has hundreds of rentals to choose from, whether you’re yearning for a plush apartment packed full of facilities or a rustic gem brimming with character. All you need to do is decide which one captures your heart.

So, without further ado, let’s find out which are the 14 romantic hidden-gems in Europe…

Belgium’s fourth-largest city is home to a quarter of a million people and a flourishing flower export trade. An important port, Ghent’s city center is a pedestrian area that is like a museum of early Flemish architecture, and a testament to the city’s medieval might. Impressive Gothic sites, such as dramatic St. Bavo’s Cathedral and the Castle of the Counts, are awe-inspiring. The works of the Flemish masters are housed in the distinguished, Museum voor Schone Kunst.

Find a romantic place to stay in Ghent 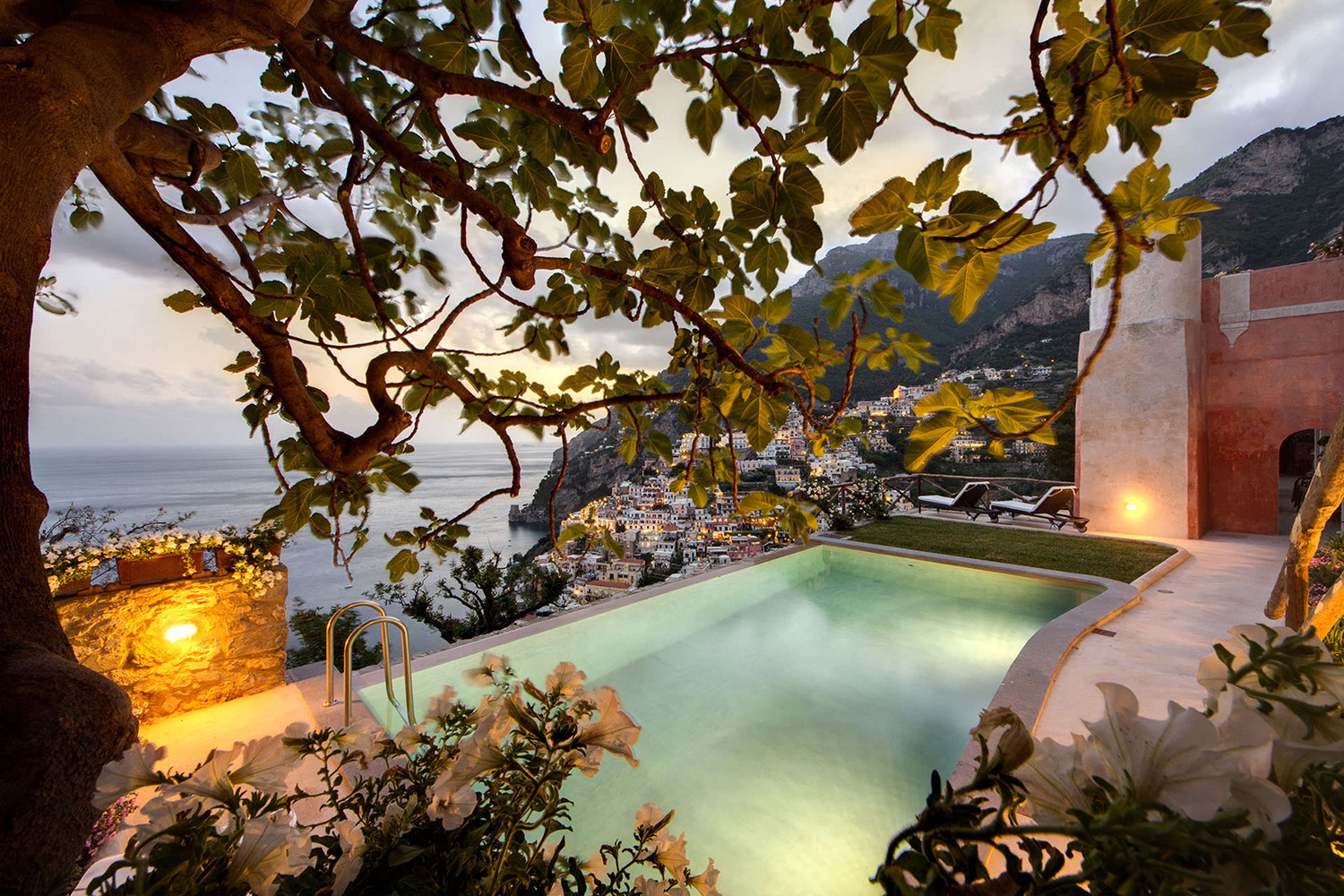 Once a vital part of mighty sea power, Positano today is a sophisticated resort on the central Amalfi Coast. Moorish-style architecture rises up steep slopes that gaze out on the Sirenuse Islands. Smart boutiques, selling fashions for visitors to display on Grand Beach, abound in the village. And it’s a great base for exploring the area—you can easily travel by boat to Capri, Ischia and the Grotta dello Smeraldo cave.

Find a romantic place to stay in Positano 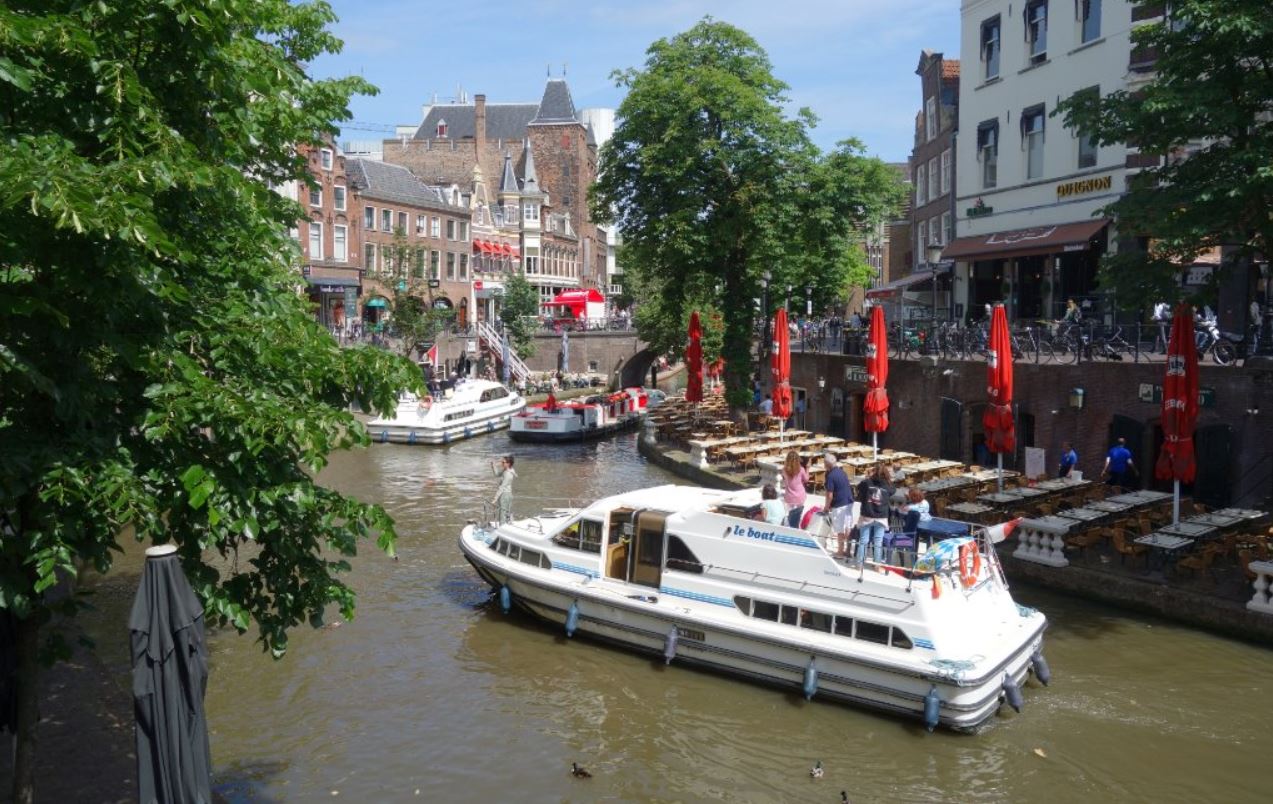 This ancient and historic city houses many buildings going back to the early Middle Ages. Until it was overtaken by Amsterdam in the Dutch Golden age, Utrecht was the most important city in the Netherlands. It was, and still is, the See of the Archbishop of Utrecht: the most important Catholic leader in the Netherlands. The University of Utrecht is the largest in the Netherlands. One of the unique features of the city is the wharf system in its inner canals. Most prominent of the historic buildings is the Gothic Cathedral of Saint Martin, the construction of which lasted for almost 200 years, beginning in 1254.

Find a romantic place to stay in Utrecht 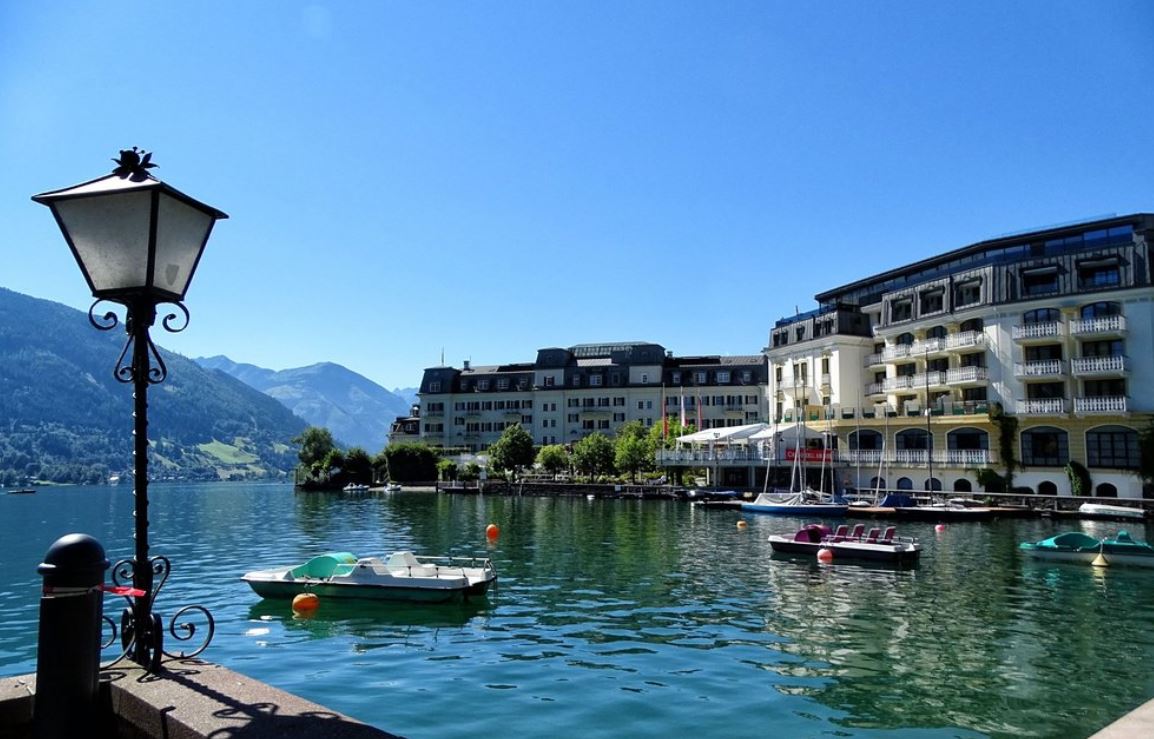 The picturesque lakeside town of Zell am See offers about 80 miles of ski slopes, with beginner, intermediate and advanced runs all well represented. One hundred and twenty-five miles of cross-country trails offer gorgeous panoramic views. The neighbouring town of Kaprun is famed for its glacier skiing.

Find a romantic place to stay in Zell am See 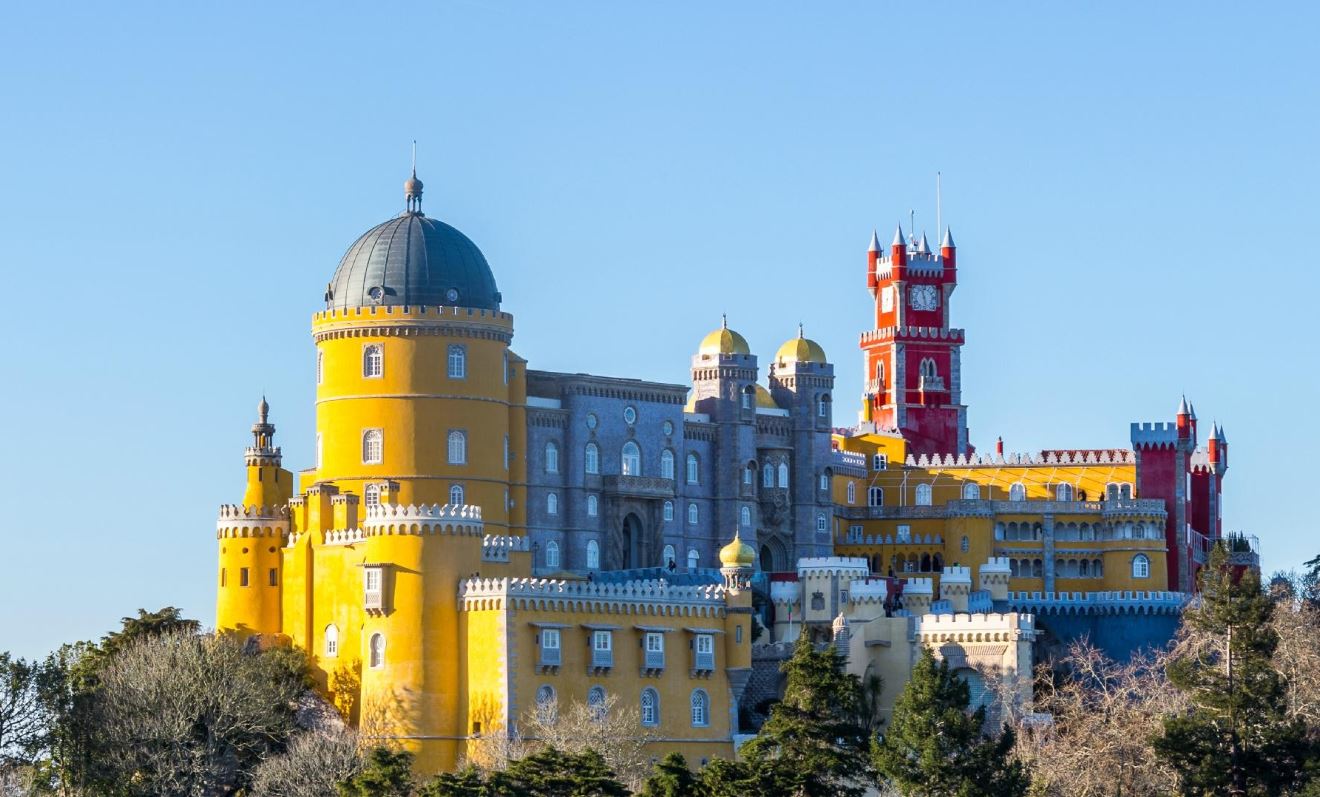 Long the home of Portugal’s monarchs, Sintra is a magnificent town of marvellous historic mansions, all set against the backdrop of lush hills. Sintra’s many castles include the Palácio Nacional de Sintra (a main abode of Portuguese royalty until the early 20th century), the hilltop and storybook Palácio da Pena, Quinta de Regaleira (incorporating several architectural styles and with gorgeous surrounding gardens), the Castelo dos Mouros (Moorish Castle) and the Palácio de Monserrate.

Find a romantic place to stay in Sintra 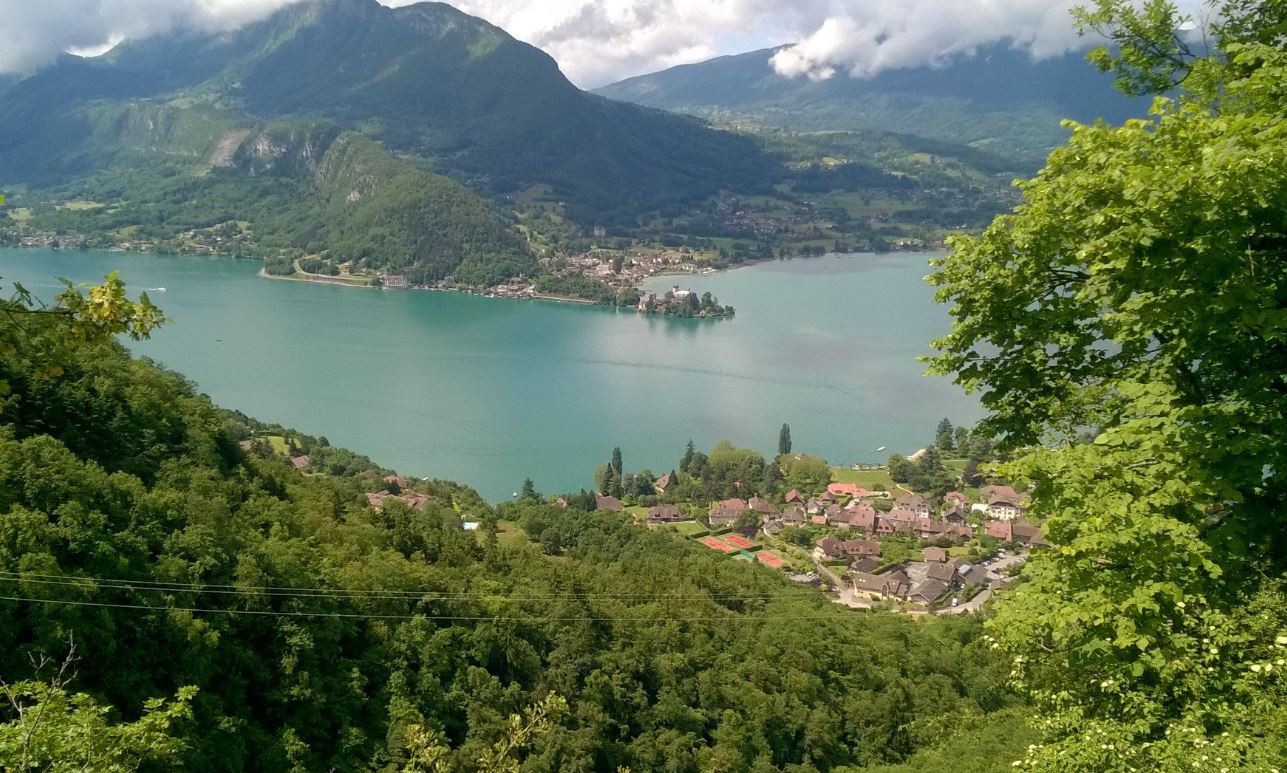 Romance is the lifeblood of Annecy; a town in the Rhone-Alpes region of southeast France that’s replete with castles, cathedrals and softly curving architecture. Stroll hand-in-hand with your partner across Pont des Amours (the lover’s bridge) before taking in the Imperial Palace and the baroque Cathedral of Saint-Pierre. A walk down the Rue Royale will be rewarded with prime shopping, dining and people-watching, especially at the fountain of Saint Jean.

Find a romantic place to stay in Annecy 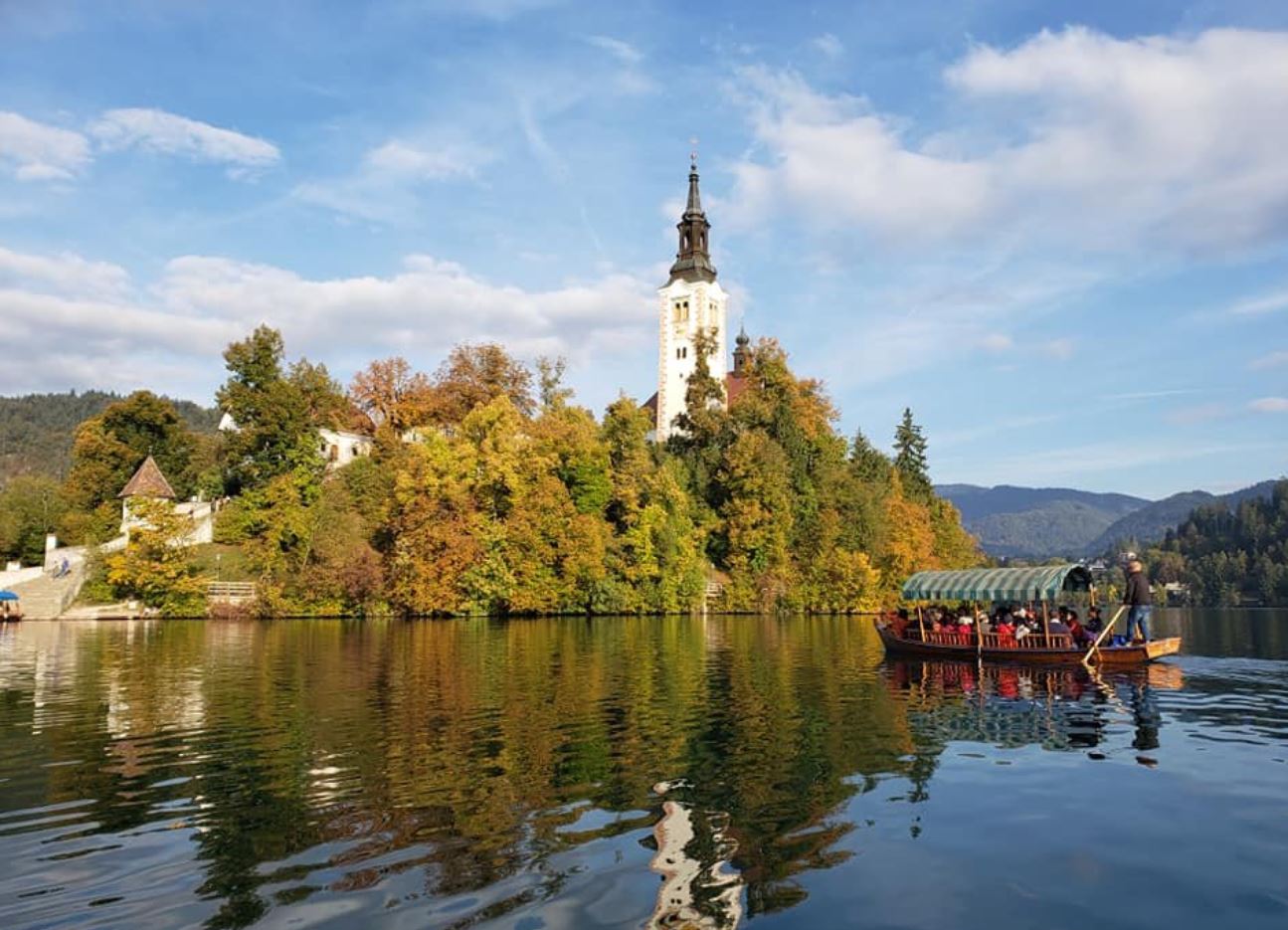 With its iconic fairy-tale church steeple perched atop the tiny rock island at the middle of Lake Bled, this stunning spot is a sight that stays in your memory. The town has also long been a destination for those seeking relaxation, through its sunny alpine air and thermal springs, which are especially welcoming after a day of mountain trekking, golf or touring on horseback.

Find a romantic place to stay in Bled 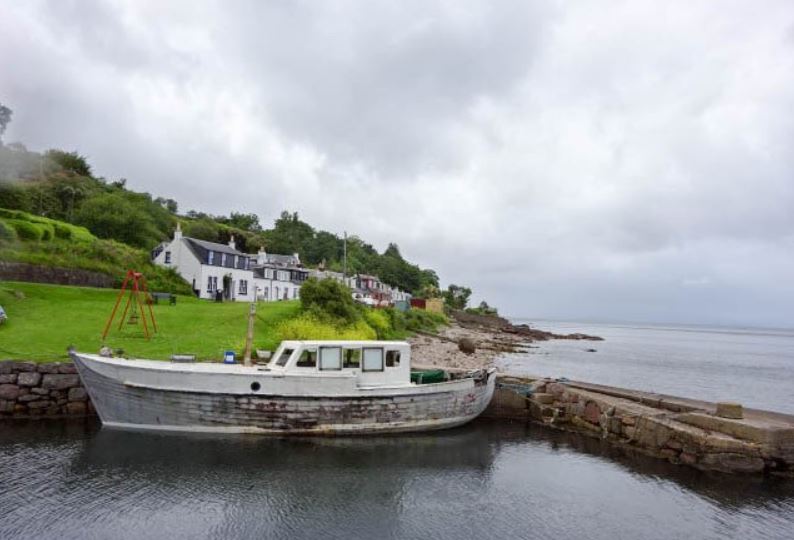 Packed to the gills with antique silver, porcelain and furniture, the red sandstone Brodick Castle is one of the highlights of the Isle of Arran. The castle overlooks Goatfell, a majestic hill that’s a popular day hike. The Machrie Moor stone circles make for a mystical field trip, as does a tour of The Arran Malt whisky distillery.

Find a romantic place to stay in the Isle of Arran 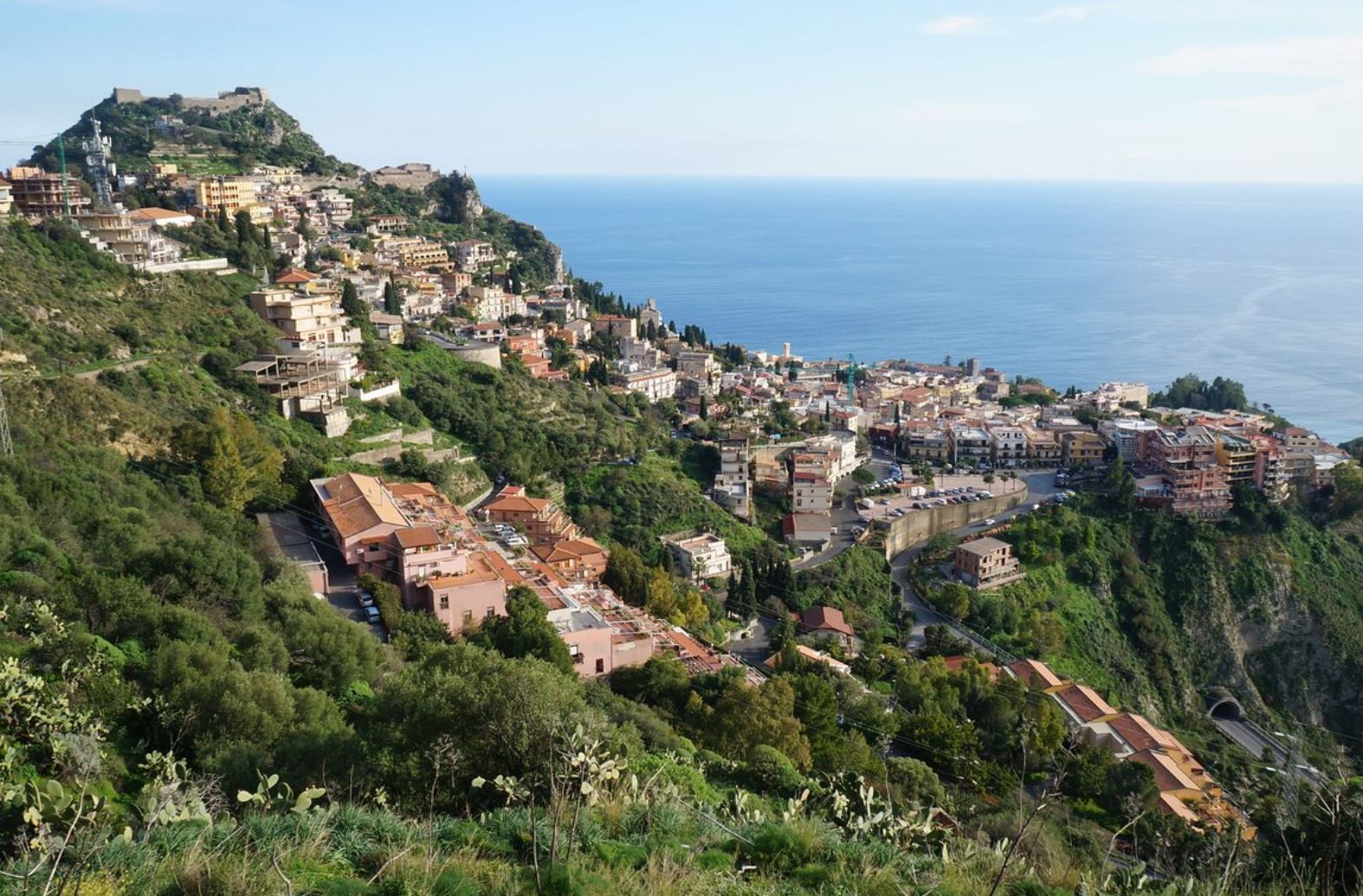 Volcanic Mount Etna and the Ionian Sea provide the cinema-worthy backdrop for Taormina, Sicily’s legendary resort town. Twisting medieval streets and a second-century Greek theatre add to its romantic air, which inspired the writings of D.H. Lawrence and Truman Capote. Take a cable car to the beach, or walk uphill behind the Church of St. Joseph for panoramic views.

Find a romantic place to stay in Taormina 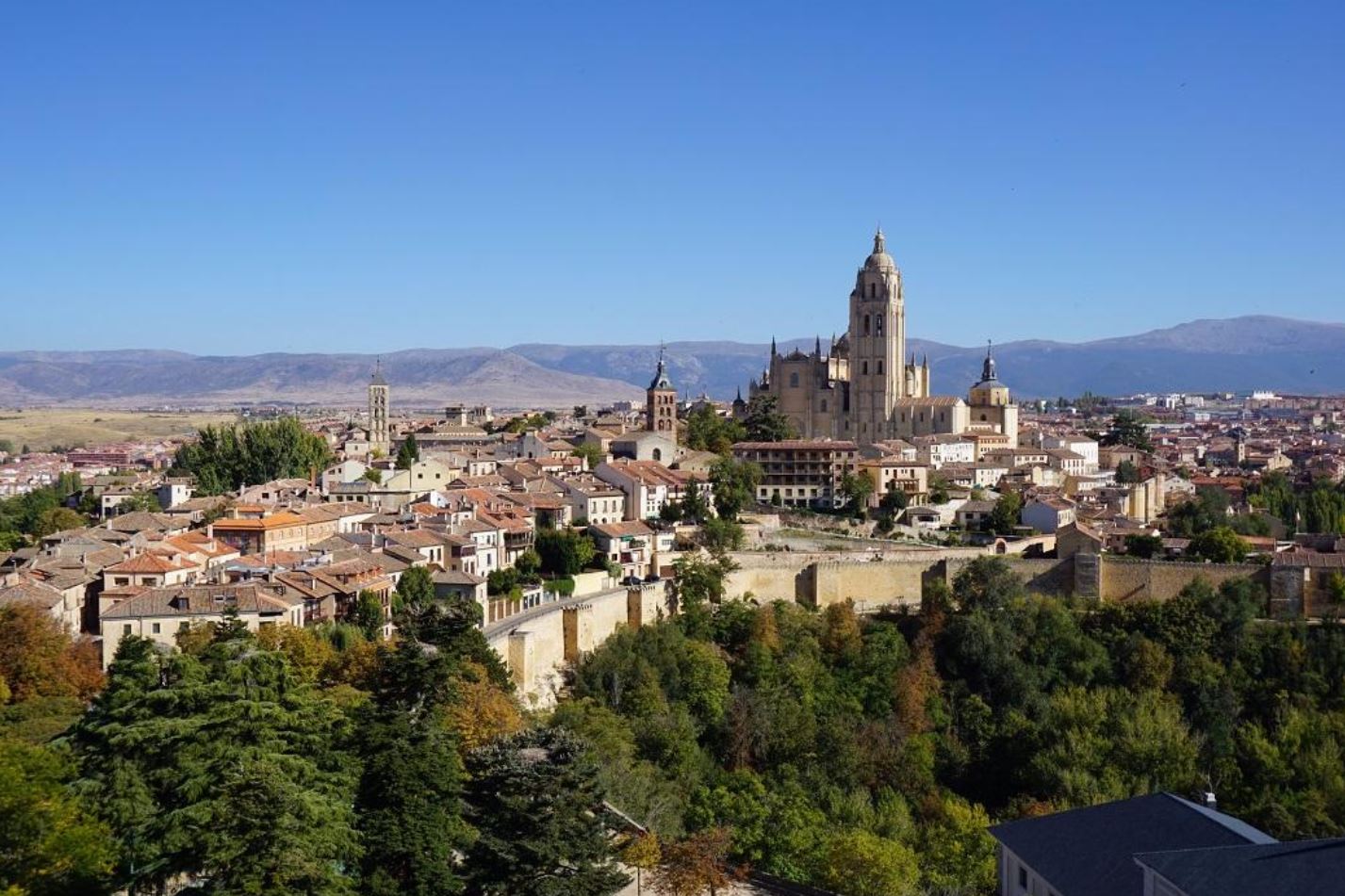 Segovia is a picturesque old city with twisting alleyways, the highest concentration of Romanesque churches in all of Europe and pedestrian-only streets; all bordered by a medieval wall and two rivers. In 1985, this sleepy Castilian town was declared a World Heritage site by UNESCO. One of the main tourist attractions is Alcázar: a royal palace built around the 11th century where Queen Isabel agreed to fund Christopher Columbus’ exploration of the New World. The picturesque palace is said to be Walt Disney’s inspiration for Cinderella’s castle.

Find a romantic place to stay in Segovia 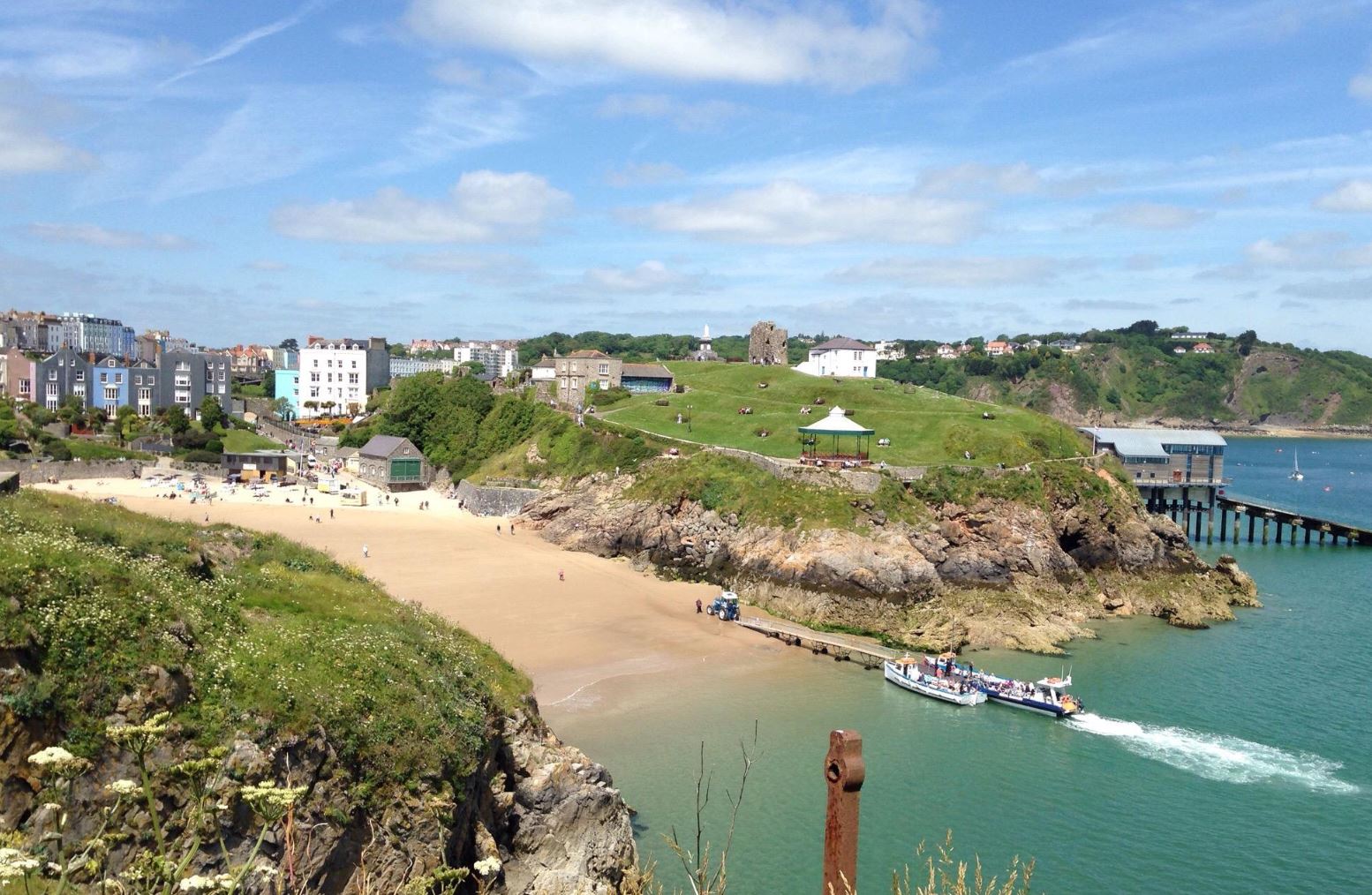 Tenby is lovingly protected from the outside world by an embrace of 13th-century stone walls, which, ironically, attract—not repel—visitors from all over the world. The town is simply adorable, teeming with the archetypes of pubs and shops. Adding further appeal are the miles of gorgeous beaches and the gently lapping waves of the sea.

Find a romantic place to stay in Tenby 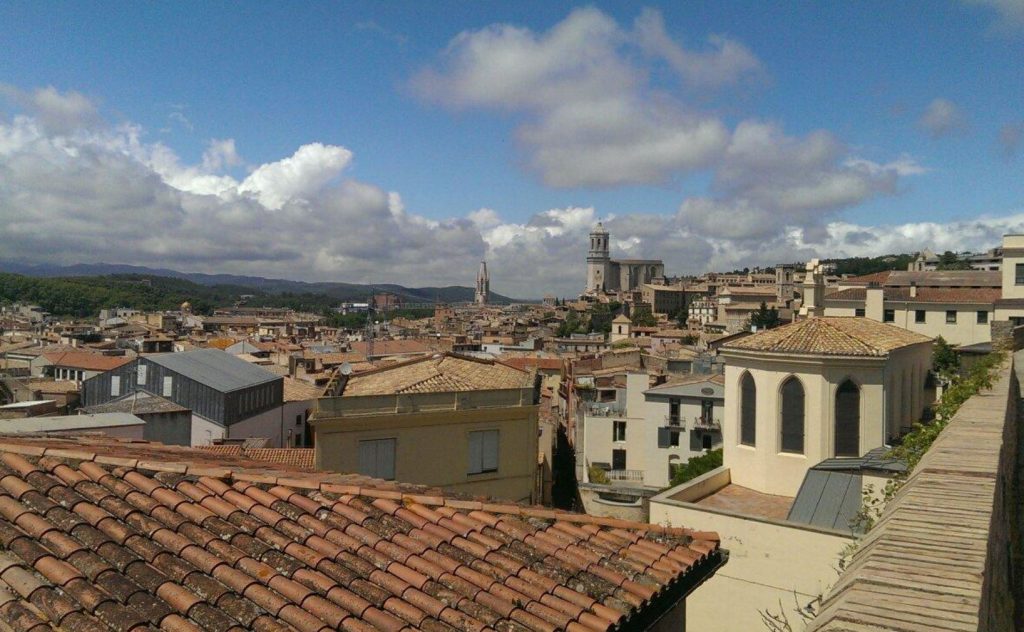 One of the most historic sites in Spain, Girona lies in northeast Catalonia, just 99 km (62 mi) from Barcelona. Founded by Romans, the city was later taken over by Moors and Franks before finally falling under the rule of Barcelona. Influenced by different cultures and religions, the city beckons visitors with beautiful architecture. The Old and New Town offer many opportunities to pleasurably get lost and observe local life and culture.

Find a romantic place to stay in Girona 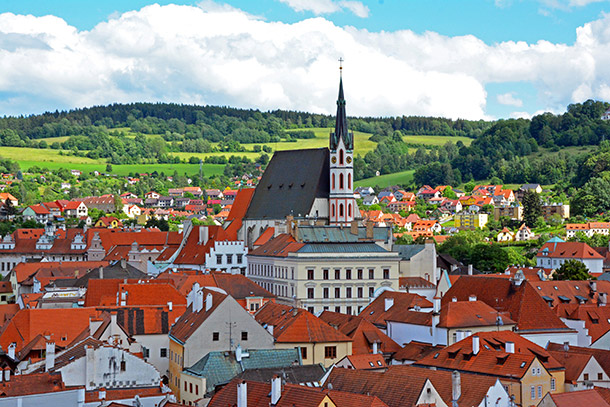 The southwestern castle city of Cesky Krumlov is one of the Czech Republic’s finest medieval sites. Its Old Town is a UNESCO-designated World Heritage Site, a maze of twisting alleys built around the extensive Cesky Krumlov castle. Saunter through crooked, cobblestone streets on foot and soak up the atmosphere of this impeccably preserved medieval gem. The gushing Vltava, popular with rafting enthusiasts, darts through the town.

Find a romantic place to stay in Cesky Krumlov