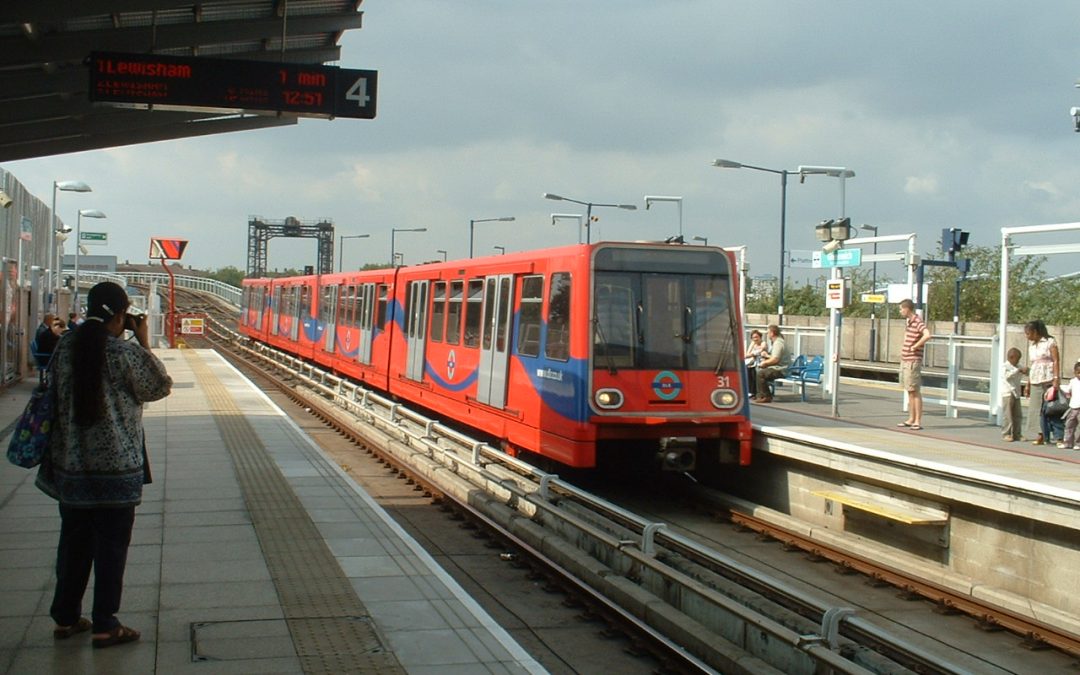 Like a little brother to the London Underground, the Docklands Light Rail transportation system was developed following the revitalization of the Docklands in East London.  The DLR as it’s known opened in 1987 serving much of Eastern London like its own little Underground.  While still under Transport for London, it’s run as a separate light metro rail service, though it does connect to the Tube as well.  If you ever wanted to know more about the Tube’s little brother, we’ve got some interesting facts for you to ponder over while you ride.

First things first.  While the DLR may seem pretty small compared to the Tube, it’s just as big as any line.  It has a total of 45 stations and its lines stretch out over two tracks for roughly 24 miles.  It also has an estimated daily ridership of 340,000 people.

DLR perhaps connects to more varied transportation systems than any other part of London.  Besides the Underground, it also connects to the Emirates Cable Car system that crosses over the Thames.

Besides the Emirates Cable Car, the Docklands Light Railway actually goes under the Thames at two points:  Canary Wharf and Woolwich.

When DLR opened in 1987, it had only 15 stations along its two tracks.  The first expansion came in 1991 when it opened Bank station.  Several more expansions have been made from 1991 to 1994, 1996 to 1999, 2004 to 2009, and as recently as 2011.  Branches stretch out to Lewisham in the south, Stratford and Stratford International in the north, Beckton and Woolwich Arsenal in the east, and Bank and Tower Gateway to the west into Central London.

DLR’s ability to transport people across London was keenly felt during the 2012 Summer Olympics and Paralympics.  DLR ran all the way out to Olympic Park as well as venues in Greenwich, Central London, and the Royal Docks.  The Docklands Light Railway saw double its usual daily passengers during the games and caused it to hit over 100 million passengers for 2012/2013.

Where Are the People?

While there are certainly plenty of passengers even when there isn’t a major event in London, you’ll notice something keenly missing—drivers.  The trains are controlled by a computer and fully automated and thus don’t have a driver’s cabin.  In case of an emergency, however, a Passenger Service Assistant is on the train that can access a panel at either end to take control as necessary.  Even the stations have minimal staff, with the DLR’s underground stations having more personnel to meet fire and safety requirements.

Only five of DLR’s stations are underground:  Woolwich Arsenal, Island Gardens, Stratford International, Cutty Sark, and Bank.  Of these, Bank is the deepest underground at 41.4 meters below the surface.

No, the Other One

DLR has one station called Abbey Road, but it’s not connected to the Beatles in any way.  There are actually two Abbey Roads in London, one in the City of Westminster and the other in West Ham.  It’s the former that’s where you’ll find Abbey Road Studios and the famous zebra crossing.  Those heading to the DLR station to find that spot will be sorely disappointed.

In a 2017 YouGov poll, the DLR was a joint favorite transport line of Londoners, tied with the Jubilee Line of the London Underground.

The DLR: Ten Interesting Facts and Figures About Docklands Light Railway – Londontopia – The Website for People Who Love London