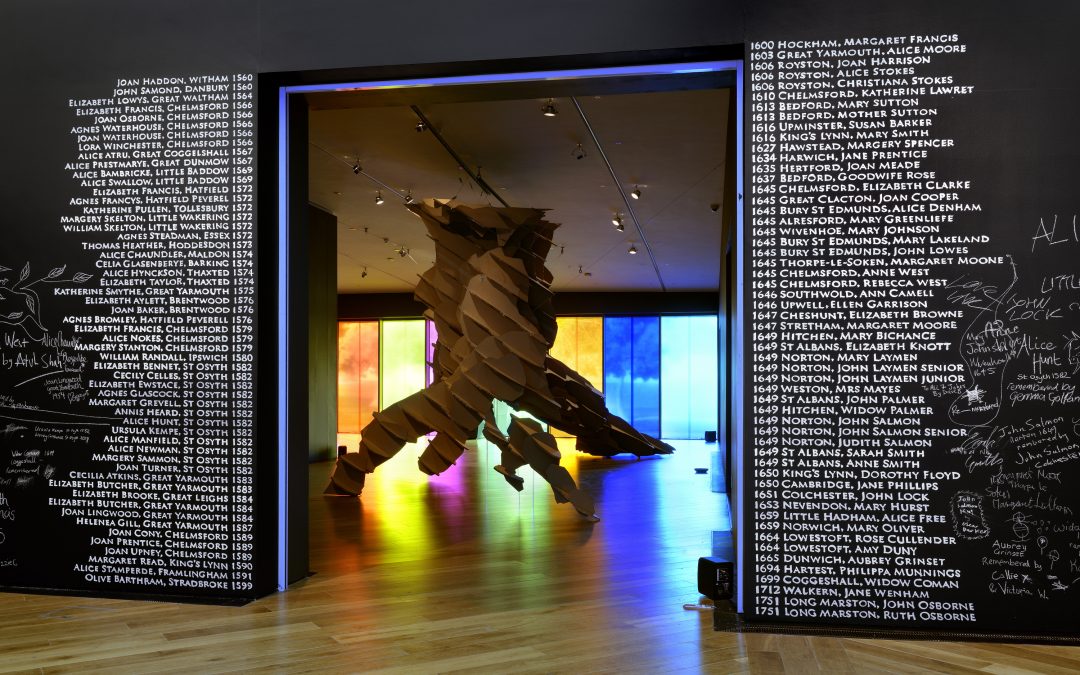 London in 2019 is super into crystals, moon ceremonies, sharing circles and spells. It’s light-hearted stuff and incredibly removed from the macabre history of witchcraft, specifically the witch persecutions that took place across East Anglia during the sixteenth and seventeenth centuries. That’s the subject of ‘A Coven A Grove A Stand’, an exhibition from London-based artist Susan Pui San Lok at Colchester’s Firstsite.

Reacting to intriguing locations across the east of England, the project uses sculpture, sound and moving images to explore themes of folklore and magic, remembrance and resistance, fear and violence. Her work centres on the hundreds of women, often unmarried or elderly, who were imprisoned in Colchester Castle and executed as witches, including those hunted down by self-appointed Witchfinder General Matthew Hopkins, who is buried nearby.

Their names appear in the exhibition for visitors to see, hear and write down, to recognise the power of collective remembrance and resistance.

‘A Coven A Grove A Stand’ is at Firstsite, Colchester, Essex, until April 22. Free entry.

For more arty inspiration, check out our list of new exhibitions in London.