Travel Alert: Reminder – Big Ben is Still Covered in Scaffolding and Will Ruin Your Tourist Pictures Until 2021 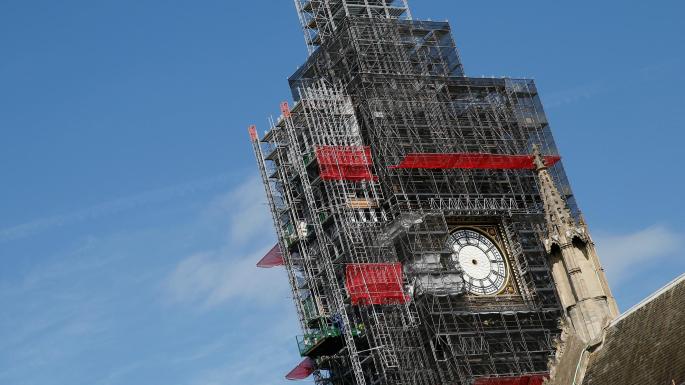 I was reading the Sunday Times yesterday, as one does, and came across an amusing article that then made me irritated. Apparently, there are lots of people who still don’t know that Big Ben/Elizabeth is covered in scaffolding right now and will remain so until at least 2021.

As a result, tourists are leaving negative reviews on TripAdvisor, complaining that their dream trips to London along with tourist photos have been ruined by the unsightly scaffolding. I do agree that it looks terrible. Awful. But, this has been going on for awhile now and we’ve at least tried to make this fact known.

So, this is your reminder that Elizabeth Tower (Big Ben is the big bell, not the clock or the tower), is covered in scaffolding. In fact, the hands on the clock have also been removed. The bell itself is not chiming right now. The entire tower is being renovated because all of the Palace of Westminster is in a sorry state and requires repairs. They started with Big Ben. But due to the age of the building, it’s going to take awhile to sort.

When your dream trip requires a specific place or attraction to fulfill that dream, always, always check in advance and make sure it’s in a state where you can visit or see before spending thousands of dollars on a trip to see that one thing. Travel disappointment sucks. Plan ahead, always. For the last few years, Chatsworth House in Derbyshire was covered in scaffolding as part of a multi-year restoration project. The mitigated it by doing one side of the house at a time, but it sucked (we visited during this period). Now, they’re done and the house looks even more incredible.

What I’m saying is, it’ll be worth it when they’re done.

When the scaffolding is removed, we will, of course, let you know. In fact, I’m sure they’ll make a big event out of it.

Travel Alert: Reminder – Big Ben is Still Covered in Scaffolding and Will Ruin Your Tourist Pictures Until 2021 – Londontopia – The Website for People Who Love London