Where to Eat the Best Steamed Bao Buns in London 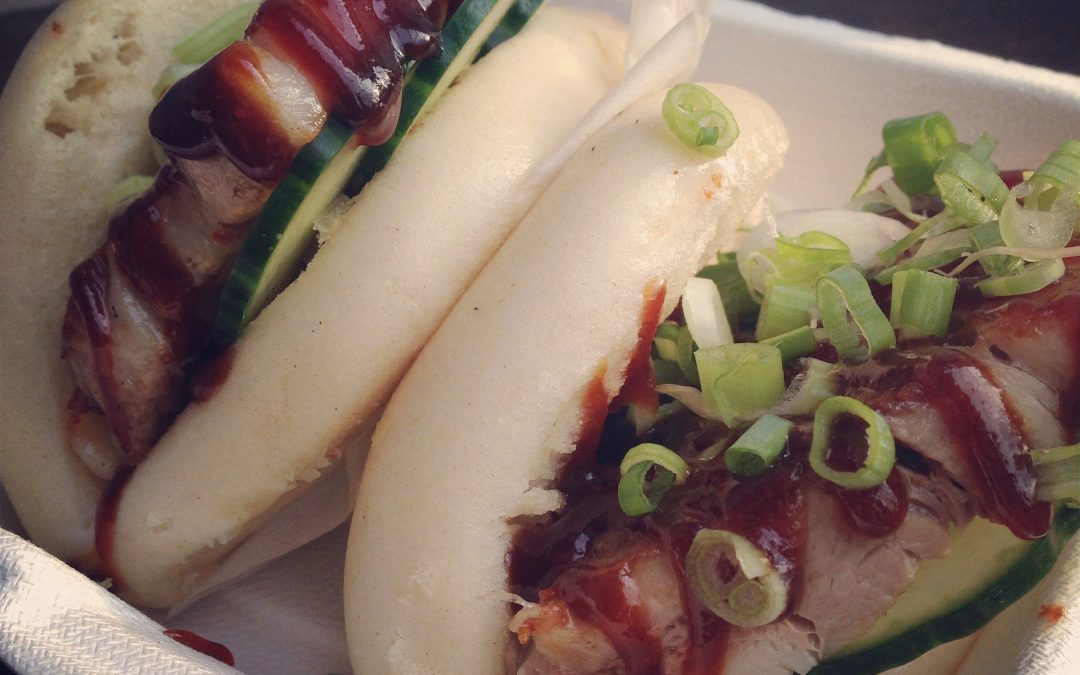 You’re probably aware that it’s traditional for men to greet the Queen of England with a bow. However, if you should find yourself in glorious London town meeting her Majesty, rather than offer up a disappointing lowering of the head, she’d probably, almost definitely, prefer it if you presented her with a bao…*

“Gua bao” began life in Taiwan. The fluffy, white bun traditionally filled with braised pork, pickles, mustard and peanuts being served up daily in the island’s famous night markets. David Chang, an American chef with South Korean heritage, is widely regarded to be the man behind bringing bao to the masses. In 2004, he introduced the pork buns as the signature dish at his East Village, Manhattan, restaurant – Momofuku.

The Momofuku version of the bun (pictured below) sees the pork belly accompanied with a generous helping of Hoi Sin sauce and pickled cucumber.

Stateside foodie trends often find their way over to the UK, and sure enough bao begun popping up at food markets in London. One of the best things to come out of London’s street food boom over the past few years is the explosion in the number of places you can get your hands on one of these little beauties. And although the classic pork variety is still arguably the best, you’re now just as likely to find them stuffed full of fried chicken, crab or even ice cream!

Here is a list of some of our favorites:

Their first restaurant in Soho often has queues out the door and they’ve just opened a second in Fitzrovia so they’re clearly doing something right.

Now with 4 locations across the city (Shoreditch, Marylebone, Covent Garden and St Pauls), this is your best bet for getting bao with a Korean twist.

This take on a Japanese Izakaya near Liverpool Street station comes complete with an abundance of Japanese craft beers, foosball tables and, more importantly, buns.

Another focusing on Japanese flavors, from the team behind Bone Daddies, here you get a big plate of meat to stuff the buns with yourself.

*This may not be true, we have no knowledge as to whether the Queen has ever eaten bao.

Can’t wait to get to London

How about trying to make your own?

The post Where to Eat the Best Steamed Bao Buns in London appeared first on Eating London Tours. Eat your way through London’s East End where history, culture, and fabulous food all collide on our London Food Tours.