Why You Should Visit London this Fall

[Updated post, originally published October 11, 2015]
For a one-of-a-kind experience, fall is by far the best time to visit London. You get to explore a quieter city, discover plenty of seasonal events, and enjoy a warm and friendly atmosphere, despite the colder weather. If you still haven’t visited London in the fall, here are 6 reasons why you should…

Fall is one of the cheapest times to travel to London. There are plenty of low-cost flights available and you’ll also find that many hotel prices drop during this season – just remember to book well in advance for the best deals. [Editors aside: We’ve been looking at Likibu for searching vacation rental prices in London and it seems good!]

2. Nature is at its best

London is home to an abundance of beautiful gardens and historical Royal Parks, and there’s no better time to amble around the city’s beautiful outdoor spaces than in the fall. You’ll find golden foliage and a refreshing breeze, accompanied by a calmness and tranquility that the summer crowds miss out on. Each of London’s Royal Parks has its own unique personality, but some of the best to explore include Greenwich Park, Hyde Park and Richmond Park, where you can spot free-roaming deer on the grasslands.

3. You can enjoy plenty of comfort food

As an autumnal chill sweeps over the city, it’s the perfect time of year to tuck into some traditional British comfort food. Throughout the capital, you’ll find plenty of cozy pubs with open fires serving up a selection of hearty dishes including steak and ale pie, slow-cooked lamb shank, and apple crumble for dessert. I highly recommend visiting the historical George Inn; located in Southwark, not only does it date back to the 17th century but it’s also London’s only original galleried inn and better yet, the food is delectable. 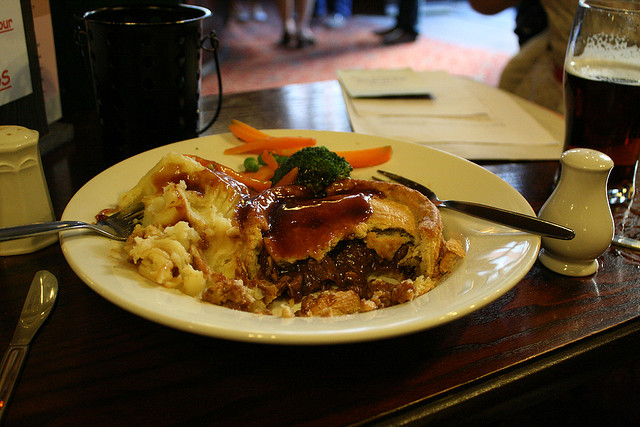 But if you’re keen to experience more of London’s cuisine, why not join us on our East End Food Tour or the new Twilight Soho Food Tour? With each tour a world away from the well-trodden tourist path, you’ll get to experience a real taste of local food, life and culture.

4. The city is packed with culture

Fall also marks the start of London’s Autumn Season of Culture, with the city showcasing a blockbuster lineup of performances, events and exhibitions throughout the coming months. 2016 sees a tremendous amount of amazing art and artefacts in London, including the Egyptian Sunken Cities exhibition at the British Museum, both the eye-poppingly controversial Turner Prize and the Paul Nash exhibitions at Tate Britain, and the Beyond Caravaggio Exhibition at the National Gallery. Theatre openings this season include the transfer of the late, great David Bowie’s Lazarus, the return of Amadeus to the National Theatre, Kenneth Branagh taking the title role in The Entertainer, and of course Harry Potter and The Cursed Child. But it doesn’t end there, because London is also brimming with a whole host of spectacular festivals. You’ve got everything from the London Restaurant Festival to the BFI Film Festival and South Bank’s London Literature Festival, plus a mouthwatering festive Taste of London. Phew!

5. There are tons of traditional events

Fall is also the time when a whole host of traditional holidays and events take place in London, as the capital celebrates Bonfire Night, Halloween and the annual Lord Mayor’s Show and Fireworks, which are not to be missed.

Happening on Saturday, November 12, just some of this spectacular event’s highlights include a vibrant parade featuring over 7,000 people, a look at the opulent golden State Coach and free walking tours across the city. Ending with a magnificent fireworks display over the River Thames and with the Lord Mayor’s Show in its 800th year, it’s expected to be bigger and better than ever!

6. The capital is a lot less crowded

It’s a well-known fact that London can get extremely busy during the peak season, with many visitors facing packed public transport and long waits for the capital’s most famous attractions. If you head to London during the months of fall and avoid the half-term vacation, you’ll find that places such as the London Eye, Buckingham Palace, Natural History Museum and Trafalgar Square are a lot less crowded. It’s also much easier for visitors to get their hands on tickets for popular theatre shows and performances, compared to the summer months.

With that in mind, why wouldn’t you want to visit London in the fall? Book your visit today and experience a whole new side to the city. I hope you enjoy your stay!

The post Why You Should Visit London this Fall appeared first on Eating London Tours. Eat your way through London’s East End where history, culture, and fabulous food all collide on our London Food Tours.