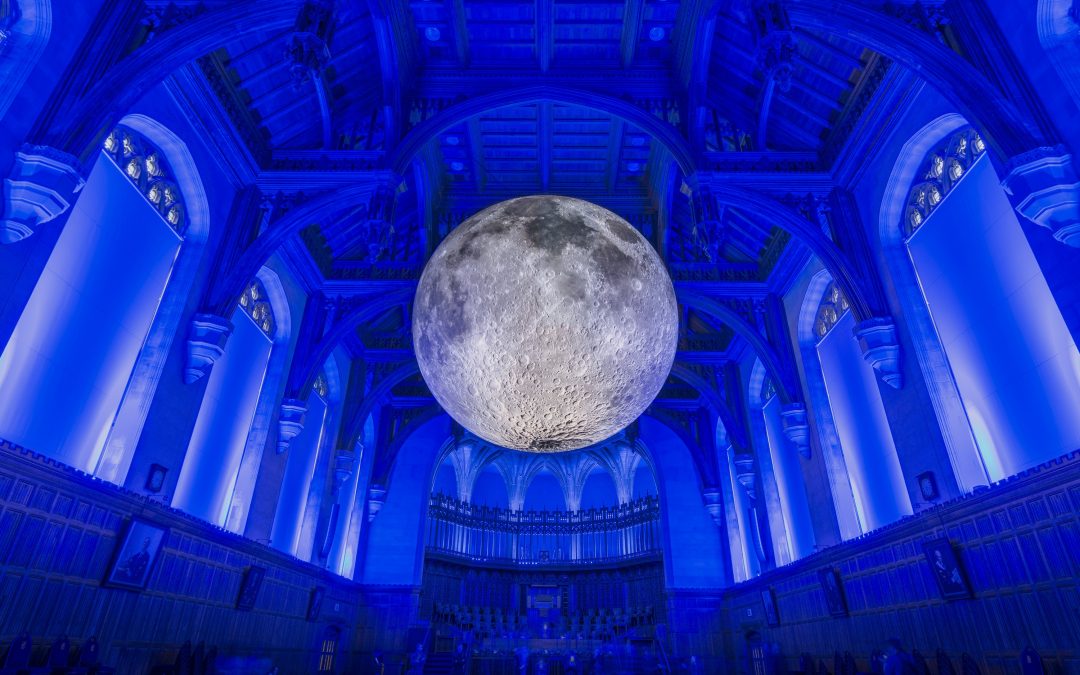 This July marks 50 years since Neil Armstrong made his ‘giant leap for mankind’ when he became the first man to walk on the cratered surface of the moon. Of course, London is celebrating this truly momentous date with a calendar of cool lunar events. Here’s our countdown of the best…

Five… ‘Museum of the Moon’

Always wanted to visit the moon but don’t fancy all that intense space training? Now’s your chance. The Natural History Museum is bringing it to London. Sort of. Created by artist Luke Jerram, the six-metre glowing sculpture features detailed Nasa imagery of the satellite’s surface. You can even indulge in cheese and wine nights and do yoga under it (not at the same time). Fri May 17-Sep 8. Free.

Get cosy in the Science Museum’s Imax cinema to watch the footage of the lift-off, landing and return of the 1969 Apollo 11 mission. The screen is one of Europe’s biggest, so you’ll be properly immersed in the film, which features unseen footage and newly discovered recordings from Nasa’s archives. And yes, you’ll be able to re-live ‘one small step for man, one giant leap for mankind’. Fri May 17-Jul 19. £11.

Three… An Evening with the Moon

Okay, so you technically spend every evening with the moon – it’s always there, just hanging out in the sky. But this series of moongazing events at the Royal Observatory invites you to get up close and personal with it. It kicks off in with a live show in the planetarium, led by an astronomer who will talk you through the moon and stars. Then it’s time to take a closer look using the observatory’s huge 18-tonne Victorian telescope. Sometimes size does matter. Jun 8, Jul 6 and Aug 6. £16

Do a deep dive into all things lunar at this major exhibition at the National Maritime Museum. It features more than 180 moon-related objects. Get up close to items from the Apollo 11 mission, including Buzz Aldrin’s ‘Snoopy cap’ (a special part of his astronaut suit with an audio headset for communication), as well as a rare lunar meteorite. The exhibition will trace the moon in history and pop culture, from a Mesopotamian tablet from 172 BC, showing how lunar eclipses were thought to be terrible omens, to the modern space race. Jul 19-Jan 5 2020. £9

One… The Moon Festival

What on earth is in a moon-inspired cocktail? Find out at London’s first ever Moon Festival that’s been funded by Arts Council England, Heritage Lottery Fund and Royal Borough of Greenwich. The week-long event includes cocktail-making classes, a look the relationship between witches and the moon at Treadwells bookshop, panel discussions – including the legendary Margaret Atwood talking about the moon and magic – and a closing party aboard the Cutty Sark. We have lift-off! Various locations and prices. Jul 19-26.

Into all things astral? Check out these sweet spots for stargazing in London.