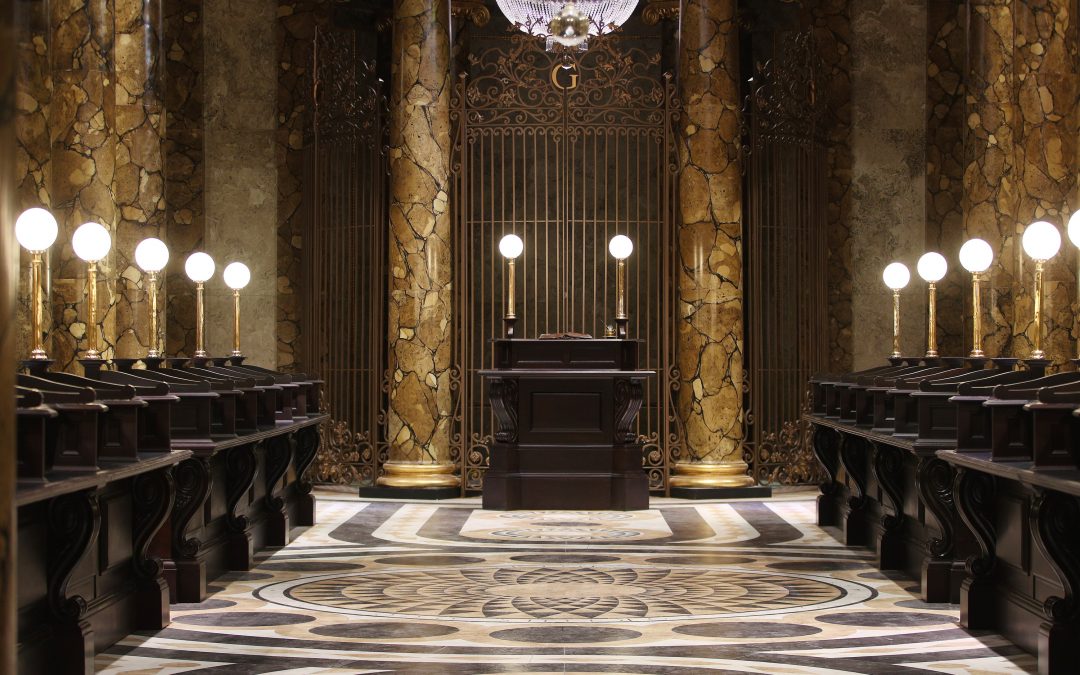 In these troubled times, there’s only one bank that’s unworried by no deals or passporting rights for its employees. That’s what comes of being exclusively staffed by goblins and having all the gold in your vaults. That institution – Gringotts Wizarding Bank – has been painstakingly recreated at Warner Bros. Studio Tour – The Making of Harry Potter and is set to open its vault doors to the public this Saturday.

We called in a favour with Bogrod and secured early access and a sneak peek at this 16,500sq ft of Mammon-esque magnificence. Join us on an exclusive video tour below.

Opening on April 6, the all-new Gringotts will be a permanent fixture at the Harry Potter studio. On display are unseen props from the movies (look out for the sword of Gryffindor and one or two Bellatrix Lestrange nest eggs), 38,000 pieces of treasure, and plenty of juicy insights into what went into creating that small army of banking goblins. Turns out LinkedIn wouldn’t cut it.

Advance tickets can be booked for Gringotts Wizarding Bank and The Making of Harry Potter tour now from the official site.

Looking for more magical spots to visit? Check out our London map of Harry Potter movie locations – including the other Gringotts setting, Australia House.