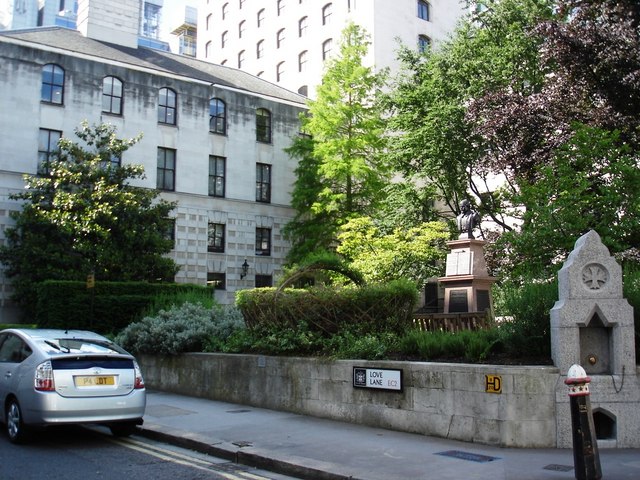 Editor’s Note: The following is a guest post from Evan Evans Tours in London.

The history of London is long, complicated and steeped in mystery. Fortunately for us, there are clues to the truth of it woven into the very fabric of its streets. When you take a walk through London, you’re contributing to the story of a city that has been thousands of years in the making.

We’re always looking for new ways to explore this fascinating heritage. That’s why, this week, we thought we’d take a look at some of London’s street names and rediscover the lost history that gave them their monikers. It’s a great way to learn a little about the everyday lives of London’s people throughout the ages.

Let’s take a walk through the ages and discover London’s lost street names.

One of the reasons street names can be so fascinating is that, in medieval times, they were often named after the types of business that took place there. In 1598, historian John Stow described this now infamous street in London as “so-called of Wantons”. One can but wonder what sort of business went on here!

This unique street was once a part of a London district known as Alsatia, famous for being a sanctuary for criminals and outlaws. Although there was no legal license to harbour criminals anywhere in the city, it was generally understood by the police that residents of the area would rise up in arms if an arrest warrant were to be executed here. The alley itself was named after a sign belonging to a fencing school that hung over the alley that became known as the hanging sword.

You can be forgiven for thinking that this side alley off Fleet Street is so named for its links to the fashion industry. Instead, its roots are far more ancient. Although there is some disagreement about the exact origin, historians know that in the eighth century there was a well close to that location called Sho Well, as well as a farm called Shoeland farm. Over time, Shoeland became Shoe Lane and still goes by that name today.

During the reign of King James I, the Royal household kept a host of exotic animals and birds for the pleasure of the King and his guests. Today, the location of the Royal Menagerie and Aviary is known as Birdcage Walk. It was closed to the public for hundreds of years until 1828 when it was reopened for public travel. Its unique history has become associated with London’s LGBTQ heritage, as well as the London Olympics as part of the marathon course.

This famous square has been mentioned by name in works by Charles Dickens, as well as a host of gothic novelists and horror writers. Legend has it that it was named after the murder of Lady Elizabeth Hatton in 1646, whose body was “torn limb from limb, but with her heart still pumping blood”. However, historians say it was more likely named after a pub that was built there centuries ago.

We love this 80’s throwback of a name, but the intended meaning actually throws back all the way to 1322, when it was first recorded. There is much contention over where the name actually comes from, with historian John Stow claiming that the street was named after knights riding from the Tower of London through to Ludgate for tournaments and jousting. This is much disputed by later historians who, presumably, are big David Hasselhoff fans.

The first reference we have to Petticoat Lane is from a London map dating back to 1608. Drawing its name from the local clothing market that was held there, Petticoat Lane Market began to earn itself a bad reputation for criminal activity. A saying from the time declared that merchants at Petticoat Lane Market “would steal your petticoat at one end of the market and sell it back to you at the other”. In an effort to change the street’s image, it was officially renamed to Middlesex Street in 1830. However, the original name still persists amongst Londoners, much to the confusion of visiting tourists!

Who better to discover more about the history of London with than its oldest, longest-running tour operator?  Evan Evans has been delighting guests since 1933 with their guided tours of London and unforgettable journeys to Britain’s most iconic locations. Visit Stonehenge, Windsor Castle and the beautiful cities of Bath and Oxford, plus many more historic locations, with their fantastic selection of day tours from London. Journey deep into the heart of Britain’s incredible history, culture and legends with London’s most trusted tour operator.